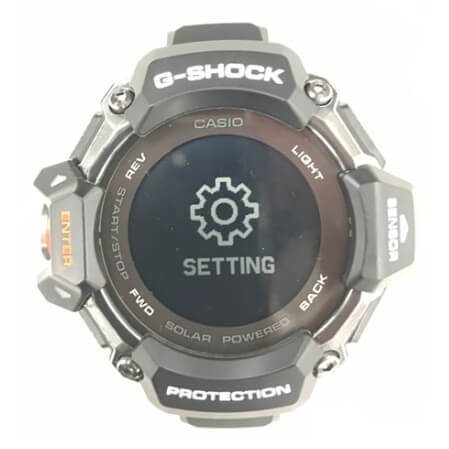 The G-Shock GBD-H2000 is expected to make its debut sometime in 2023. The successor to the GBD-H1000 is expected to be similar to that model, which was and still is one of the most advanced G-Shock watches. Like its predecessor, the GBD-H2000 will have an optical heart rate monitor, Bluetooth smartphone link, and solar-assisted charging. Leaked images also show one big difference, as the GBD-H2000 appears to have “6 Sensor” printed on the upper band, and the GBD-H1000 is labeled with “5 Sensor” on the lower band.

The five sensors on the GBD-H1000 include the heart rate monitor, step tracker, compass, pressure sensor (with altimeter and barometer), and thermometer. The GBD-H1000 also includes GPS, but it is not listed as one of the five sensors, so although we expect the GBD-H2000 to have GPS as well, we don’t expect it to be one of the designated six sensors.

Another type of sensor seen on a G-Shock in recent times is a water depth meter (on certain Frogman and Gulfmaster models), but we can’t imagine that the GBD-H2000, which is a G-SQUAD model designed for running and fitness training, would be equipped with that. In comparing fitness watches from other brands, we believe that the sixth sensor is possibly a gyroscope. (Actually, the G-Shock GSW-H1000 smartwatch also has a gyroscope.) A gyroscope could provide additional running metrics to help achieve an ideal running form. It could also help with location tracking and provide tracking functions for more activities such as swimming and weight training. This is just speculation on our part, and the GBD-H2000 might also have other significant upgrades.

It’s possible, due to the low resolution of the leaked images, that our eyes are failing us and that it actually says “5 Sensor,” but it looks more like “6.” We should also take into account that these images are not officially confirmed and may not reflect the final product. The leaked images come from Embajada110.com, which is a new project from the brains behind the old Zona Casio website (before it was taken over by new management). The project includes a blog that continues where the old Zona Casio left off (and has been more active than the new Zona Casio lately) and a very active Telegram group where the images were shared.

We believe that these labels say “6 Sensor.” 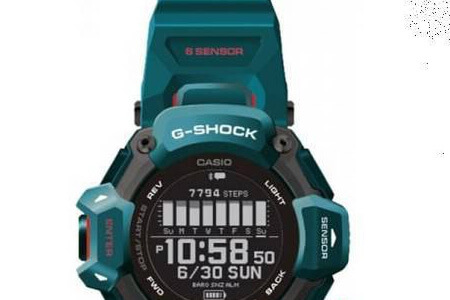 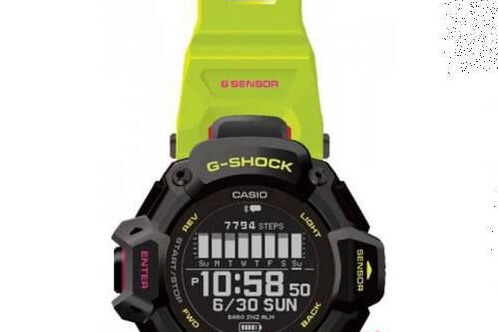 The unconfirmed list from Watchuseek did include a gyro:

The question is if they made it any smaller, first gen was way too big for me.