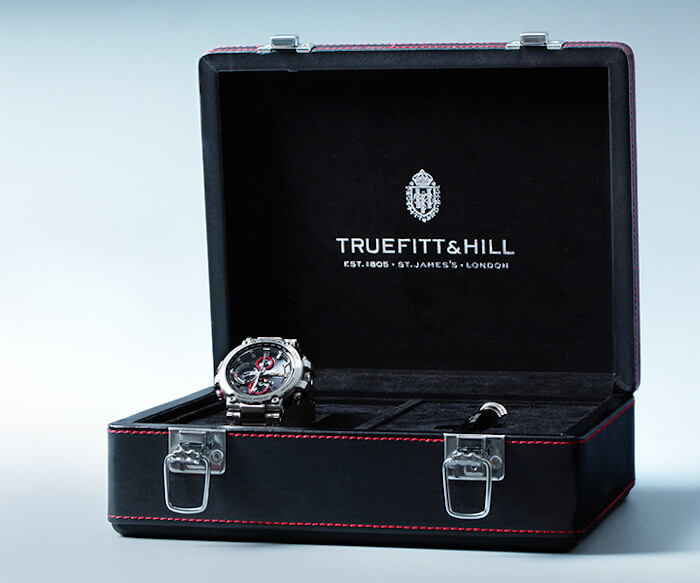 English lifestyle brand Truefitt & Hill, which also holds the distinction of being the oldest barbershop in the world, is teaming up with Casio in China to release the G-Shock MTG-B1000D-1APRT gift box set in January 2020. The set includes a G-Shock MTG-B1000D-1A watch and a three-blade shaving razor in a luxury leather case. The black and red-trimmed case has an MT-G label on the outer cover and the Truefitt & Hill logo on the inside cover.

Truefitt was founded in 1805 in London by William Francis Truefitt and received its first Royal Warrant from King George III. Hill was was founded in 1911 by Edward Hill. In 1935, H.P. Truefitt (nephew of William) moved his shop into the Hill location to create Truefitt & Hill. The company now has outlets in many countries including Australia, Bangladesh, Canada, China, India, Kuwait, Malaysia, Russia, Singapore, South Korea, Thailand, the United Kingdom, and the United States. 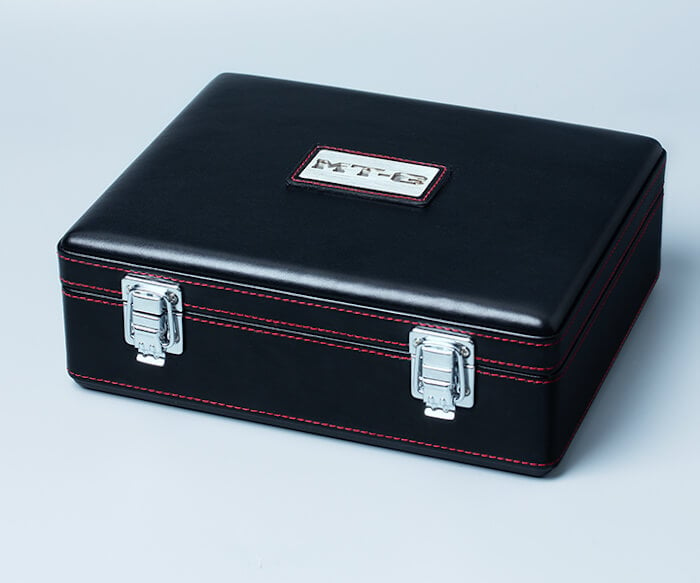 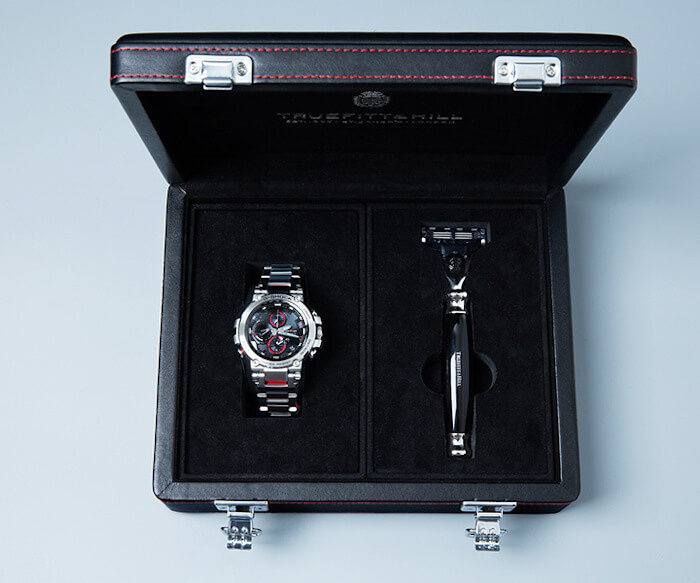 G-Shock MTG-B1000XBD-1A & MTG-B1000XB-1A with Carbon Fiber Bezel (MTGB1000XBD-1 U.S. Release)
Disclosure: G-Central is managed by fans and supported by ads. We may earn a commission on purchases from our links to Amazon, eBay, and Reeds Jewelers. Please follow your country's official G-Shock site for additional release information.