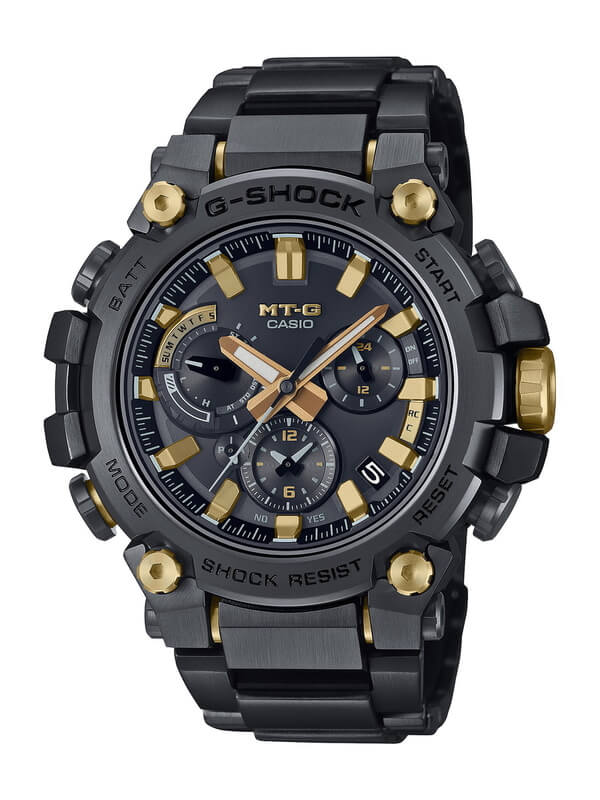 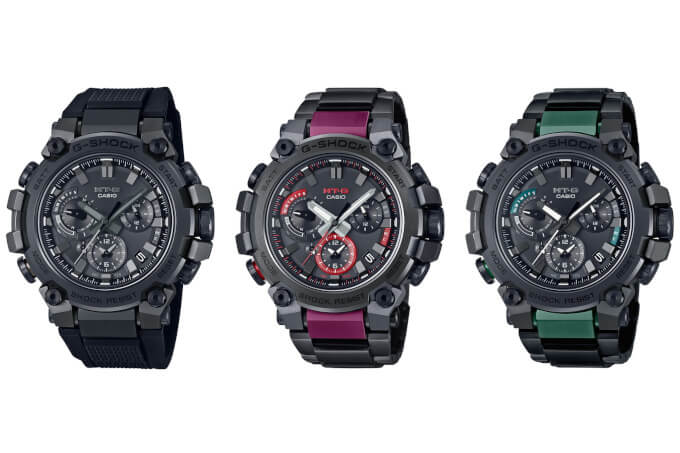 The MTG-B3000 has a newly developed module (5672) which is the thinnest ever for a solar G-Shock chronograph. The watch has an advanced Dual Core Guard structure that protects the carbon-reinforced resin case with exterior metal components. The raised three-dimensional shape of the stainless steel back cover extends to the sides and front to protect the crown and buttons, and the lugs are also an extension of the back cover. This unique case back structure gives the watch a more metallic appearance without the resin side parts of the MTG-B1000. The bezel is also stainless steel. 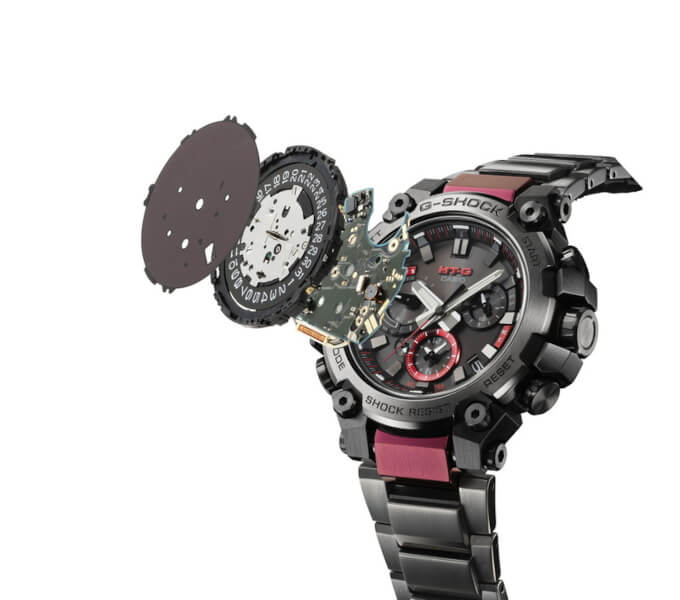 The band on the MTG-B3000BD models is a layered composite band made of stainless steel with a resin inner layer. The hollow stainless steel segments encase fine resin parts and result in a lighter weight. The MTG-B3000BD-1A and MTG-B3000BD-1A2 weigh about 148 grams, and the MTG-B3000B-1A with a soft urethane band weighs about 111 grams. The band also has a new quick-release function that does not require tools. Pressing both buttons on the sides of the lugs allows the band to be swapped out easily.

The dial is similar to the MTG-B1000 but with the indicator that was at the 12 o’clock position moved to the right, and the MT-G and Casio logo now appearing at the top center. The watch has a sapphire crystal with an anti-glare coating. 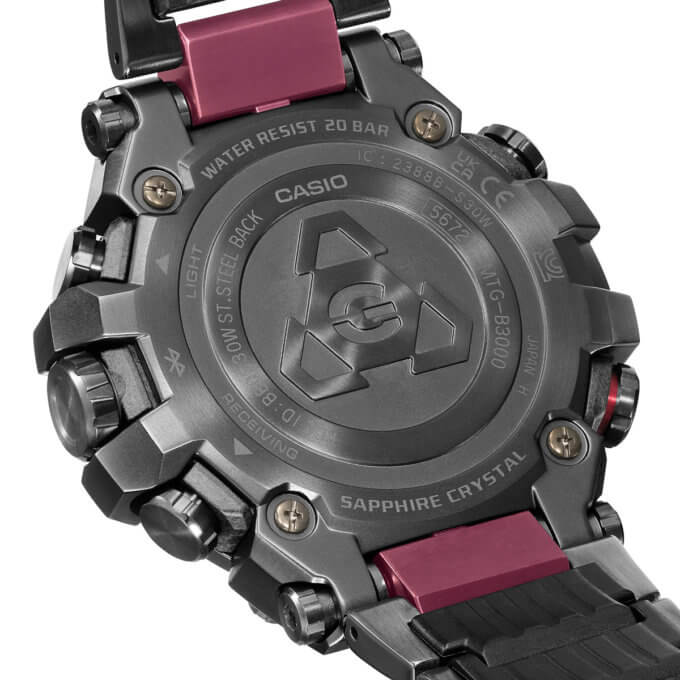 The G-Shock MTG-B3000 offers a new level of slimness for a high-end G-Shock watch and combines that with an attractive rugged stainless steel style. Unfortunately, the launch colorway options are rather limited (with no silver option and the all-black model available only with a resin band).

• Limited color and band options at the moment

• No auto-activation for LED light

Alternatives: The GST-B500 is a more affordable metallic model with Tough Solar and Bluetooth. The GM-B2100 is a deluxe full metal version of the “CasiOak,” but it lacks Multi-Band 6. 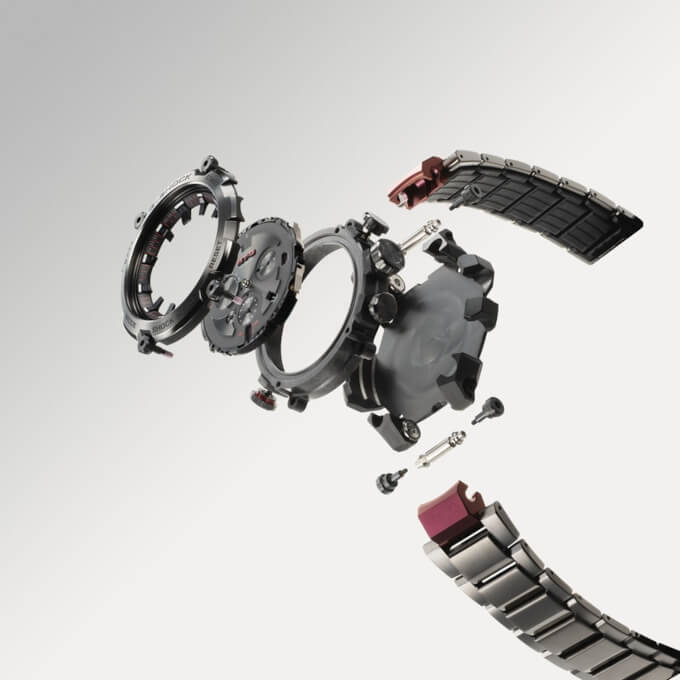 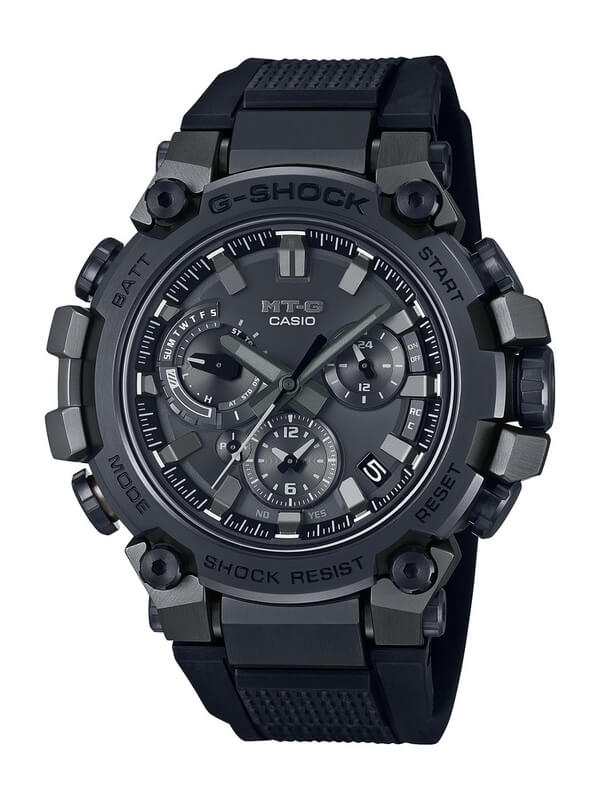 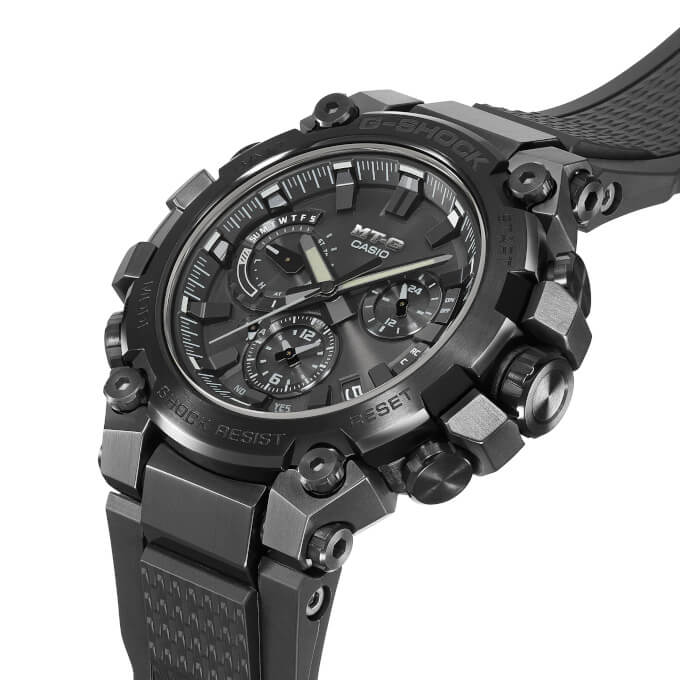 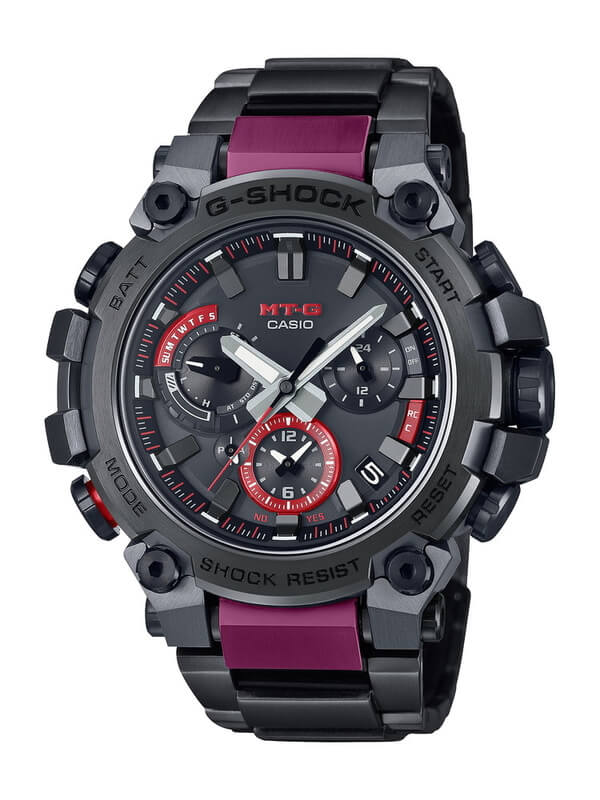 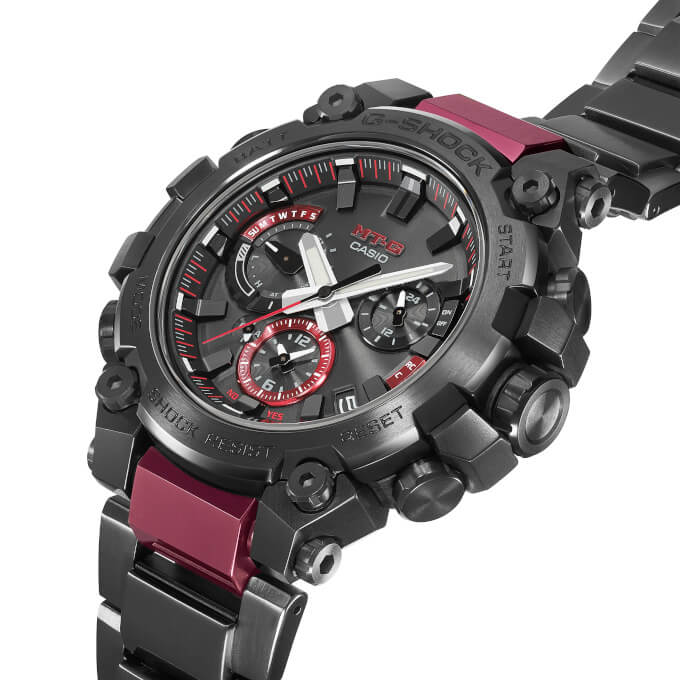 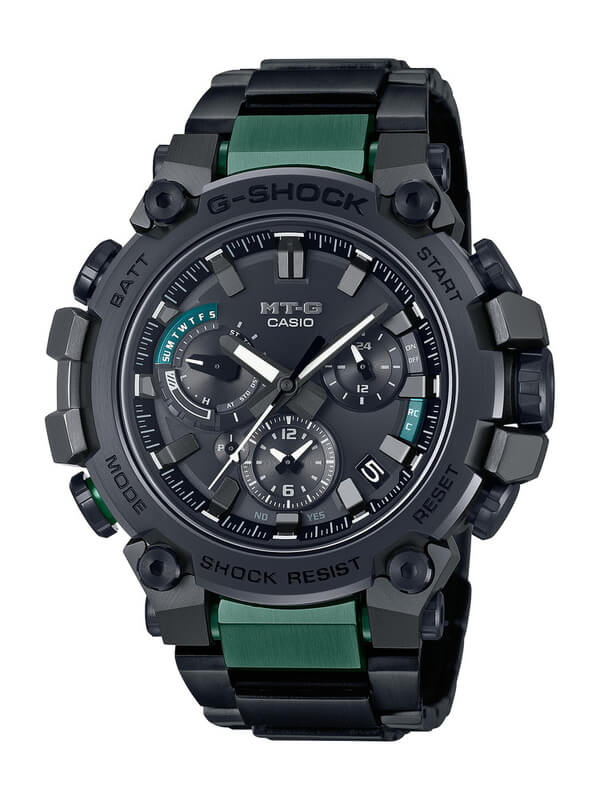 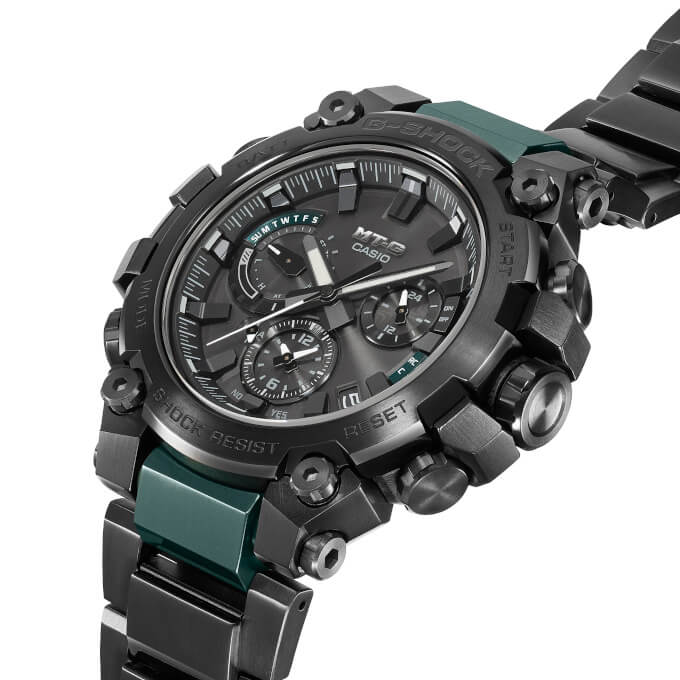 G-Shock MTG-B2000XMG-1A with multicolor carbon bezel is inspired by Peru’s Rainbow Mountain
Disclosure: G-Central is managed by fans and supported by ads. We may earn a commission on purchases from our links to Amazon, eBay, and Reeds Jewelers. Please follow your country's official G-Shock site for additional release information.

I’m not really digging those but I’ll gladly wait for the MRG version.

Where can order composite band? I thought there is also gray, but red will do.

Where can I find composite band?