Casio is partnering with NejiLaw to develop the SmartNeji “smart screw” utilizing G-Shock technology. The joint project will combine NejiLaw’s unloosening L/R Neji screw with G-Shock technology to create an IoT (Internet of Things) device with precision stress sensors and low power consumption. Like G-Shock watches, the SmartNeji screw will also be resistant to shock and vibration. The joint development will begin in 2020.

NejiLaw plans to use the smart screws to develop a “God Eyes” AI-powered system that will measure the overall stress state of entire building, as well as machinery, vehicles, and other types of infrastructure such as bridges and pipe networks.

Casio previously partnered with NejiLaw to develop the L/R-ΔLoc band fastening mechanism for the G-Shock MRG-G2000.

Like G-Shock, NejiLaw has a colorful history, as its president Hiroshi Michiwaki left school at age 10 to pursue his education on his own through work and self-study. He came up with the idea for the award-winning L/R Neji screw at age 19, when the tire of a car he was driving came off because of a bad screw. 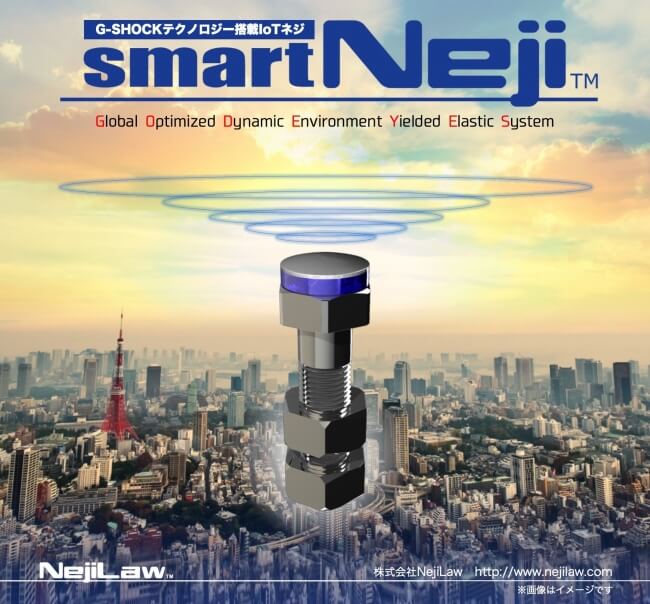 Casio America confirms GW-M5610U-1 replaced the GWM5610-1
Disclosure: G-Central is independently managed by fans and supported by ads. We may earn a commission on purchases from our links to Amazon, eBay, and Reeds Jewelers.