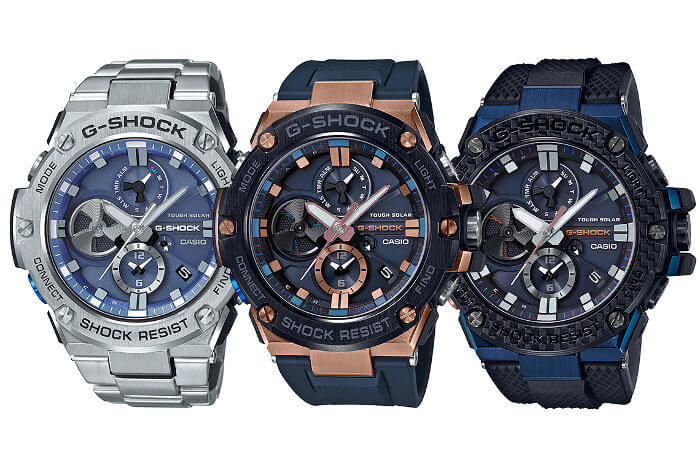 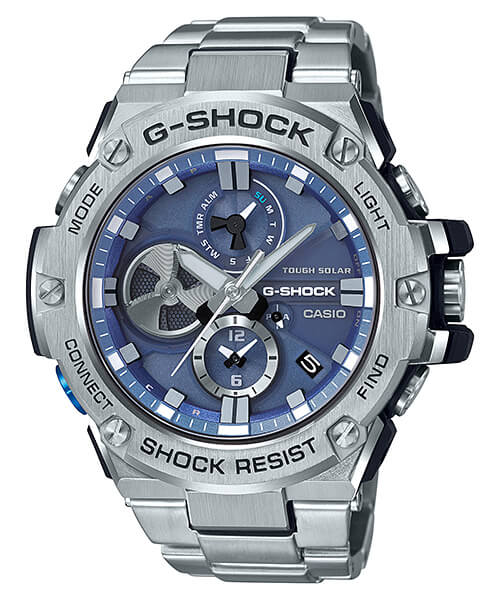 The GST-B100G-2AJF has a rose gold ion-plated body and a textured resin band. This watch also has interesting blue accents on the border of the display and bottom-left button. List price is ¥56,000 JPY. American release is the GSTB100G-2A. 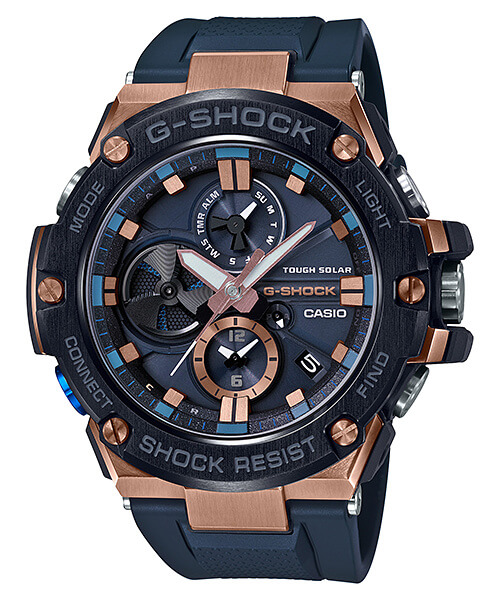 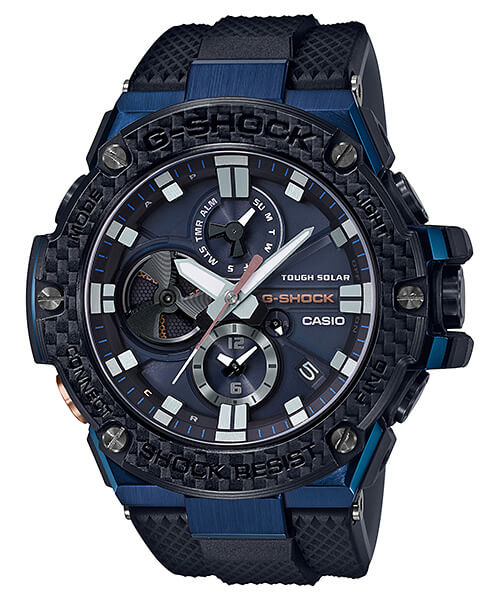 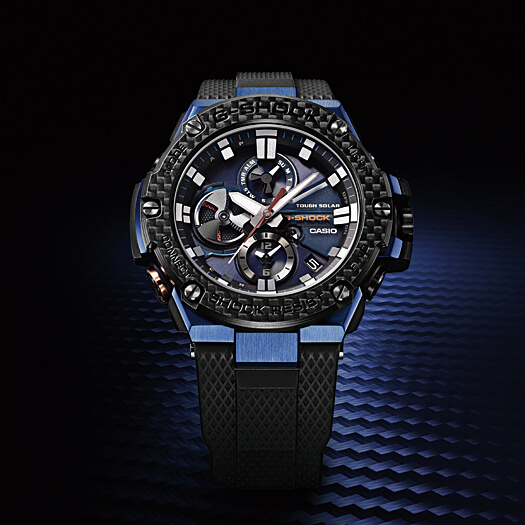