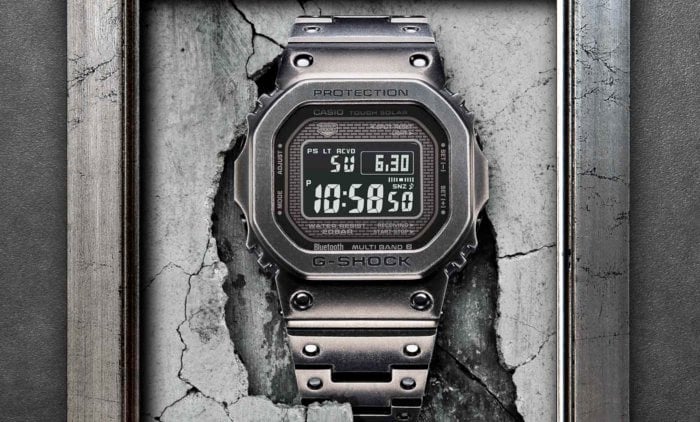 Previously seen in other special edition releases (of the GPW-1000, MTG-S1000, and MTG-G1000), the stainless steel G-Shock GMW-B5000 is getting the vintage IP treatment with the release of the GMW-B5000V-1. To create the unique weathered and vintage appearance, a black IP is applied to the watch which then undergoes a proprietary aging process. This model has a stainless steel band that is also given the aged IP treatment. According to Casio, the vintage appearance “Represents the legacy of timeless toughness,” while the GMW-B5000 base represents, “Continuous evolution in an unchanging form.”

Watchonista reported that the price is $1,000 USD.

Update: Casio announced the GMW-B5000V-1JR for a June 7, 2019, release in Japan with a list price of 110,000 JPY. It was also announced for other Asian countries, presumably for a June 2019 release. A U.S. release is also expected with a list price of $1,000 USD. According to the Japan model number, this is a limited edition release but the production amount is not known. 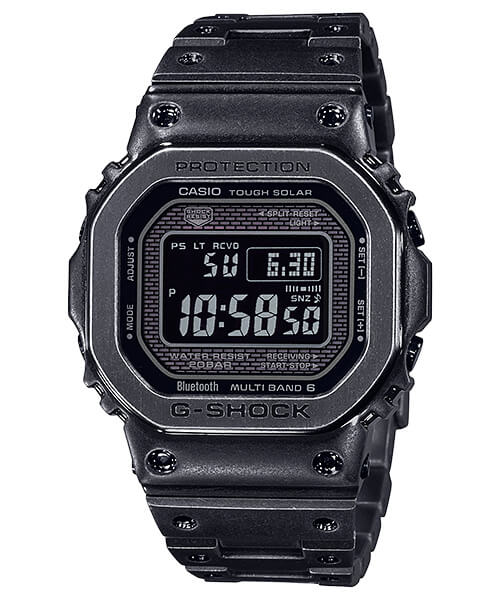 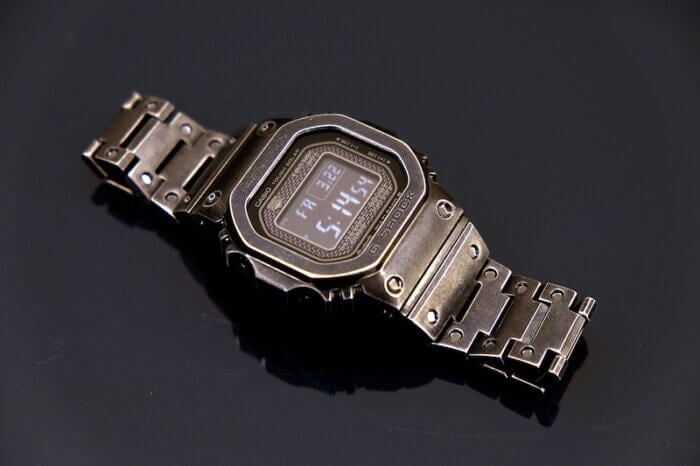 You’re trying too hard, Casio. Don’t follow the Swiss brands with this faux-vintage nonsense, please. All we want is that brushed finish on the bezel replicated over the rest of the watch.

Casio has been doing this aged IP treatment on G-Shocks for a few years now and basically created this style for watches. I’m not aware of any other brand that does something similar (other than for knives).

1k tho? I need to upgrade my income to match inflation….

Yeah, it’s not for everyone.

Please let us know if Casio may do a positive display with this finish.

I’m a bit confused with which of these B5000 models are limited edition and which aren’t. Casio say the B5000GD-9ER is but I can´t find anything on their site about it being limited. Can anyone clear this up because I’m really tempted to buy but would prefer a limited model.

Yes, sometimes in Europe they say it is a limited edition but in Japan it is not advertised as a limited edition. If you look at the G-Shock Japan site, the official limited edition watches will have a model number ending with JR (and a non-limited edition will end with JF). But a lot of the JF models have a set production run and are eventually discontinued (such as the seasonal color series) so some of these can be considered limited even though they are not officially a limited edition. The limited GMW-B5000 models tend to sell out very quickly as we saw with the GMW-B5000TFG-9.
https://g-shock.jp/products/finder/?mode=all&word=GMW-B5000