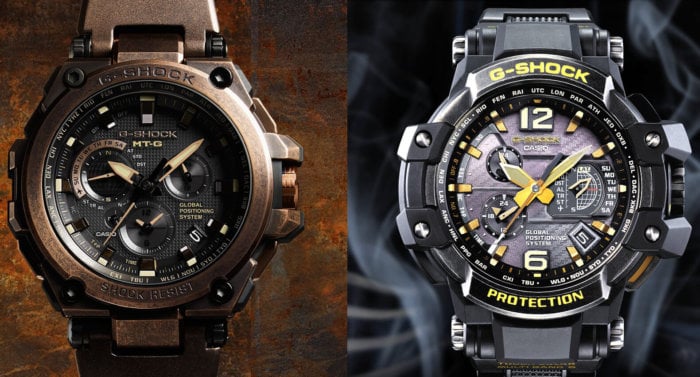 The introduction of high-end analog G-Shock watches with an aged ion plating treatment is a recent Baselworld tradition. For Baselworld 2016 Casio announced the addition of two new vintage-look models, the G-Shock Gravitymaster GPW-1000VFC and the G-Shock MTG-G1000AR-1A Sunken Treasure edition. Both the GPW-1000VFC aviation model and MTG-G1000AR-1A luxury model feature Triple G Resist for resistance against shock, centrifugal force, and vibration. They are both Tough Solar powered and equipped with a scratch-resistant sapphire crystal and the GPS Hybrid Wave Ceptor feature which integrates GPS signal timekeeping with Multi-Band 6 radio wave timekeeping.

The GPW-1000VFC-1A features a silver stainless steel bezel with an aged IP treatment. The watch has yellow gold accents with gold bezel lettering and gold index markers. This is the first aged IP Gravitymaster model with a composite band. The band has a fine resin exterior with an embedded steel frame and a folding clasp lock. Along with the GPW-1000VFC-1A there are two other folding clasp models and two other aged IP models in the GPW-1000 family, including last year’s gold GPW-1000TBS-1A. 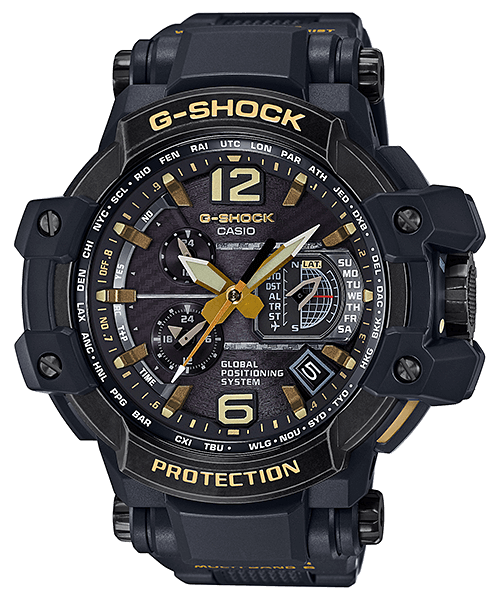 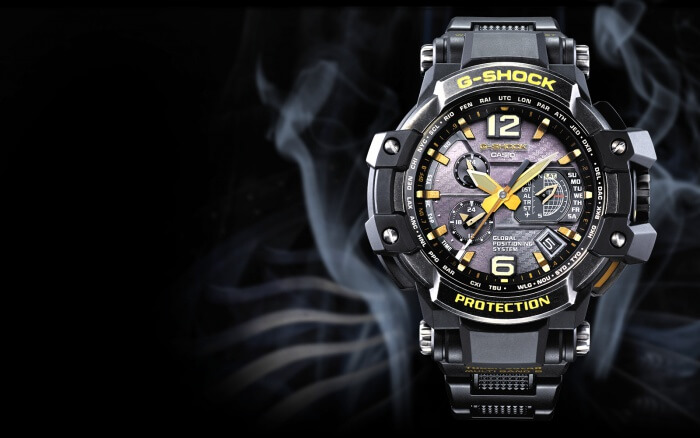 The MTG-G1000AR-1A Sunken Treasure model with an aged rose gold IP is designed to evoke a sense of adventure and the discovery of lost treasure. The stainless steel exterior is coated with a rose gold IP. A black IP is then applied and partially worn off to create the unique aged look. This special treatment is applied to the bezel, body, band, and case back. The inner side of the stainless steel band has a fine resin layer for temperature control and comfort. The MTG-G1000AR-1A follows last year’s gold MTG-G1000BS-1A.

Update: Casio America announced an August 2016 release for the MTGG1000AR-1A Aged IP Rose Gold with a retail list price of $1,900. 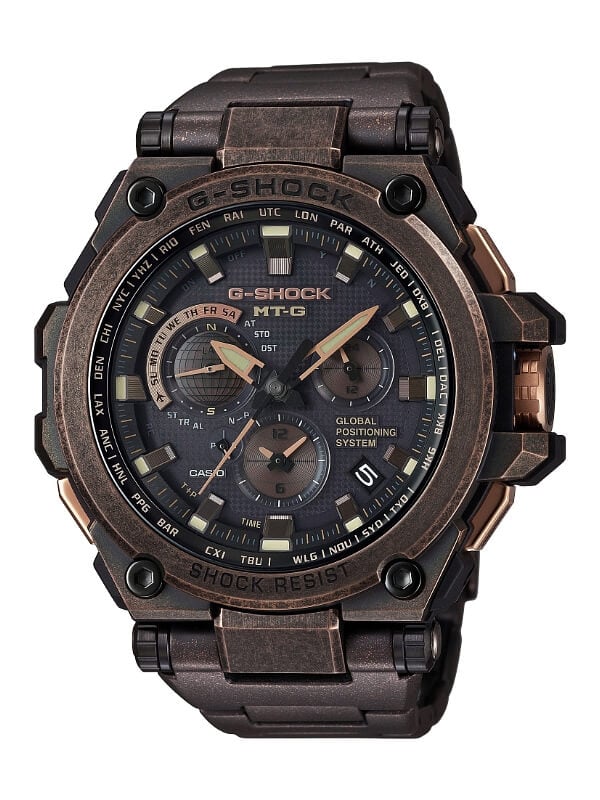 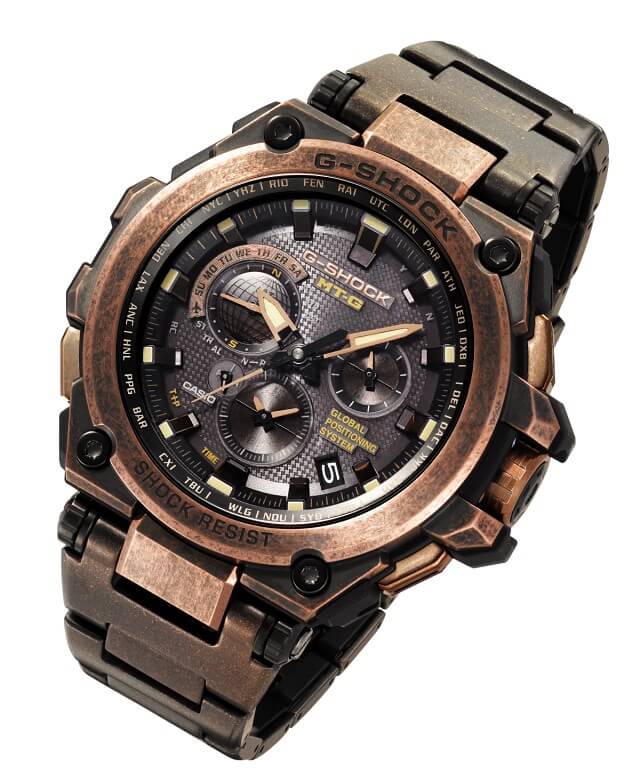 Casio Pro Trek PRW-7000V-1 with Vintage Gold Bezel
Disclosure: G-Central is independently managed by fans and supported by ads. We may earn a commission on purchases from our links to Amazon, eBay, and Reeds Jewelers.