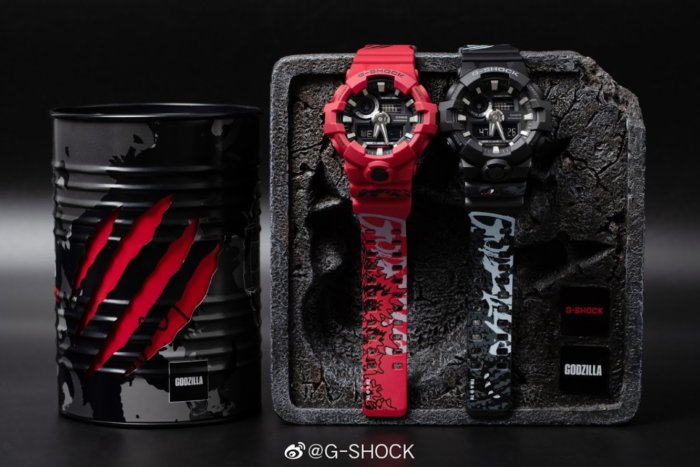 G-Shock China recently unveiled the Godzilla x G-Shock box set on its official Weibo account. The set includes either the black G-Shock GA-700-1BPRG or red G-Shock GA-700-4APRG, which feature custom bands inspired by the King of the Monsters. The list price is 1,090 CNY each, with a release date of September 2020.

The set comes with some impressive packaging that includes a co-branded box with an illustration of Godzilla’s back and tail, a “nuclear energy barrel” case with claw scratch marks on one side and a GA-700 graphic on the other, and a rock-like display tray with a claw footprint.

The GA-700 is a large analog-digital model with a front light button, direct stopwatch start button, and a 5-year battery.

Look for the Godzilla x G-Shock set at the official G-Shock stores in China. 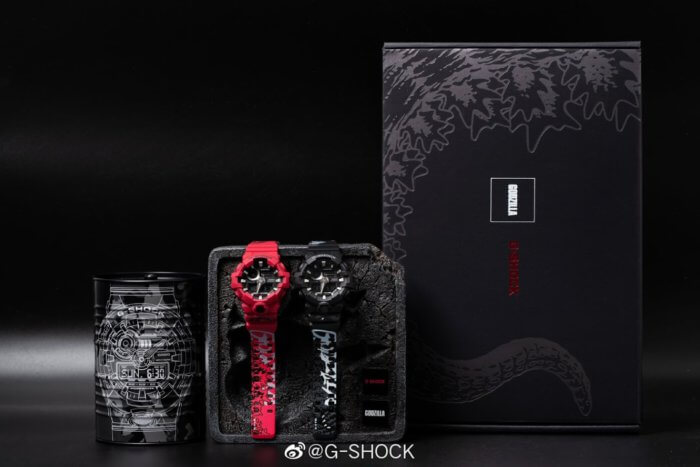 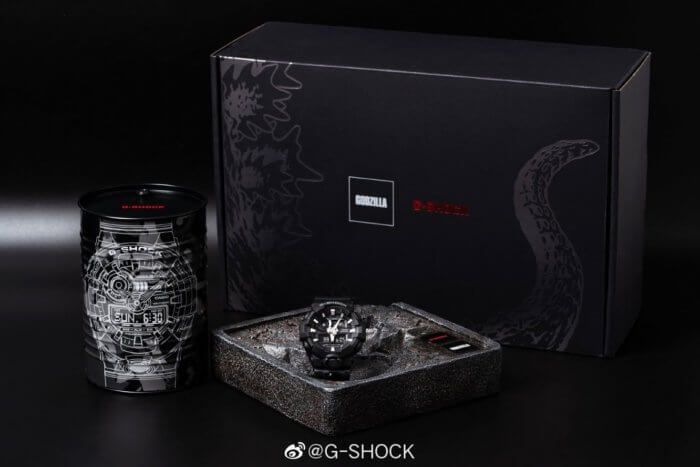 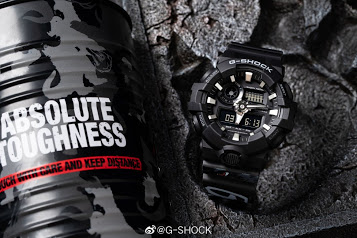 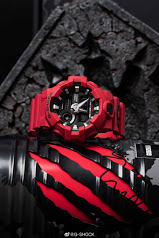 Earthwatch Rangeman and Wildlife Promising G-Shock watches are inspired by the cassowary and African rock python
Disclosure: G-Central is managed by fans and supported by ads. We may earn a commission on purchases from our links to Amazon, eBay, and Reeds Jewelers. Please follow your country's official G-Shock site for additional release information.

Big Godzilla fan here, Godzilla Watches are expensive, now G Shock releasing the only one near to my budget, but gosh I hate negative displays so much I’ll have to skip this opportunity :'(