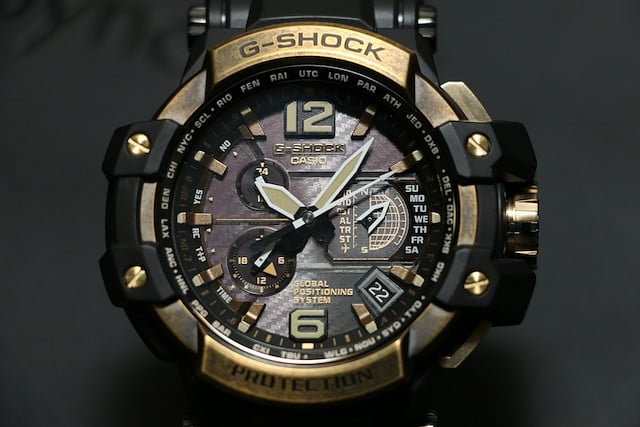 The limited G-Shock GPW-1000TBS-1A Gravitymaster/Sky Cockpit Baselworld-edition with titanium bezel and vintage gold ion plating was announced in March and has been available as an import. Recently it’s been getting newfound attention on social media as it will soon have an official release in the U.S.A. and Australia. G-Street reports that the the GPW1000TBS-1A will be heading to three Australian G-Shock stores in September (G-Factory Bourke Street, G-Factory Bondi Junction, and G-Factory Pitt Street) and the official G-Shock U.S. Tumblr says it is “coming soon.” The GPW1000TBS is part of the GPW1000 Gravitymaster family featuring GPS Hybrid Wave Ceptor radio and GPS time syncing, Tough Solar, Tough Movement, Smart Access, Triple G Resist, carbon fiber insert band, and sapphire crystal. This new look is part of a trend of high-end analog G-Shock watches receiving an aged ion plating treatment to achieve a vintage look. G-Shock USA is currently listing this watch as a Master of G watch and it will be available direct from Casio for a retail list price of $1,450.00. Update: It is no longer available direct from Casio online but can still be found as an import. 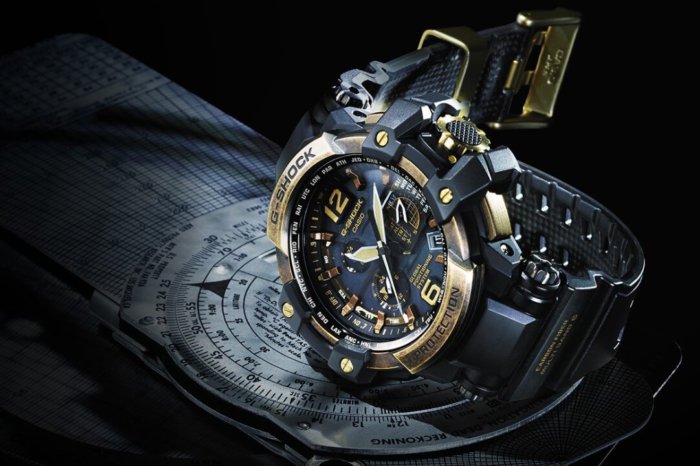