Like the MTG-S1000BS and GPW-1000TBS, the G-Shock MTG-G1000 now has its own vintage gold edition with the MTG-G1000BS-1A. The BS G-Shock models have black and gold designs featuring a special aged ion plated treatment to give the surface a worn and vintage look. The unique BS watches are also known as special Baselworld editions as a tribute to the annual springtime watch and jewelry show in Switzerland. G-Shock Australia has announced this watch as the “2015 Baselworld” MTGG1000BS-1A and Casio America has also announced the “Basel Special Limited Edition” MTGG1000BS-1A with a list price of $2,000.

The standard MTG-G1000 models were introduced in 2015 as an upgrade to the MTG-S1000 and feature a redesigned all-analog display and the inclusion of the GPS Hybrid Wave Ceptor feature which uses GPS satellite signals in addition to Multi-Band 6 for worldwide time-syncing and time zone detection. The MTG-G1000 also features Tough Solar and Triple G Resist. 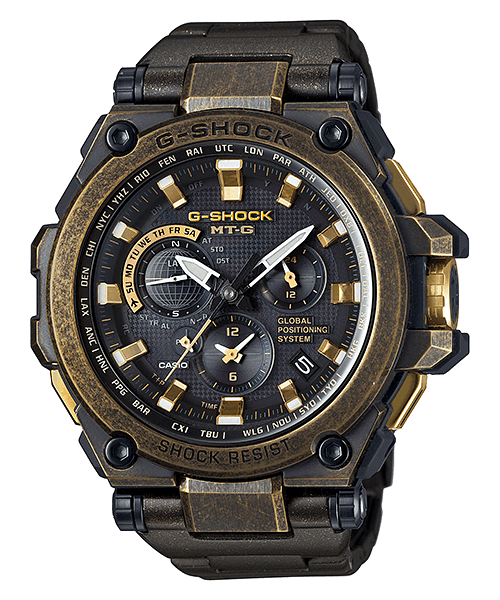 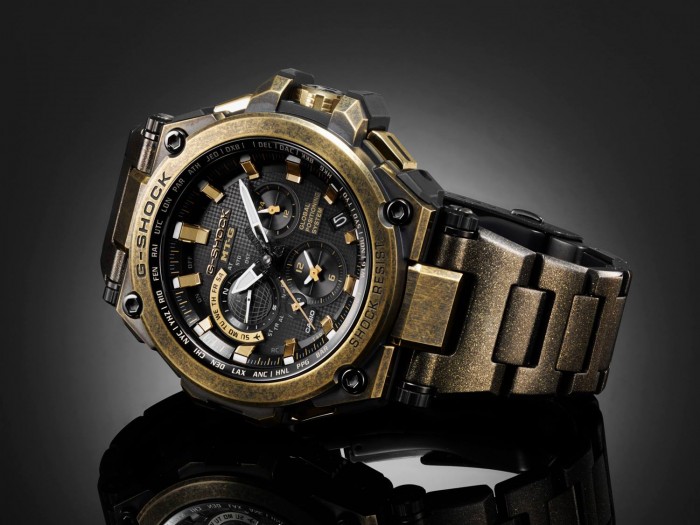 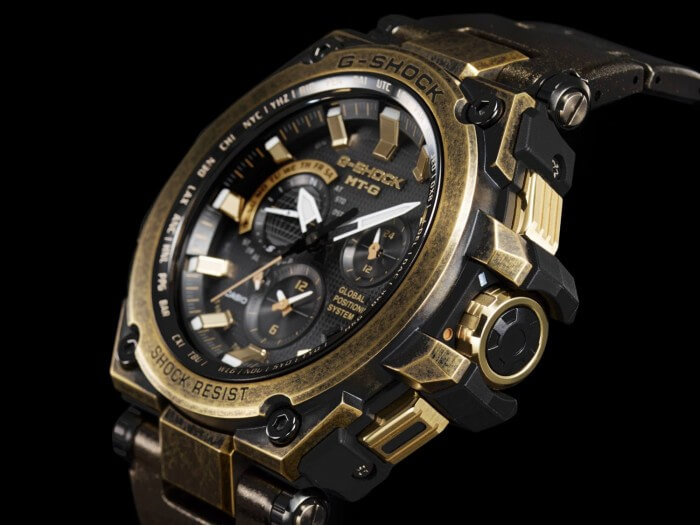 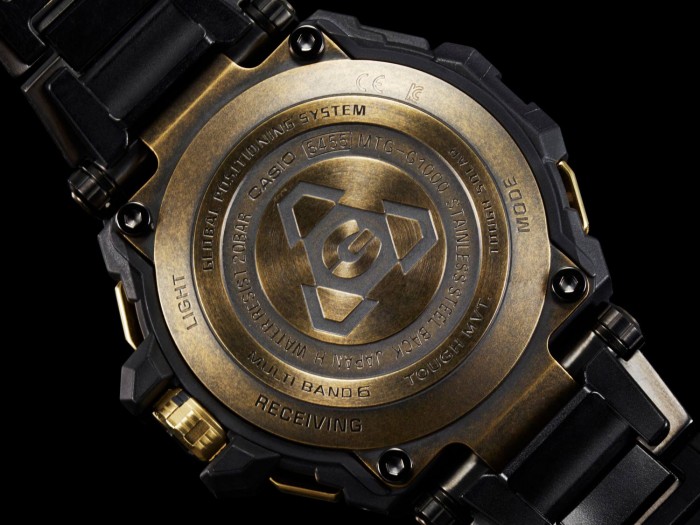