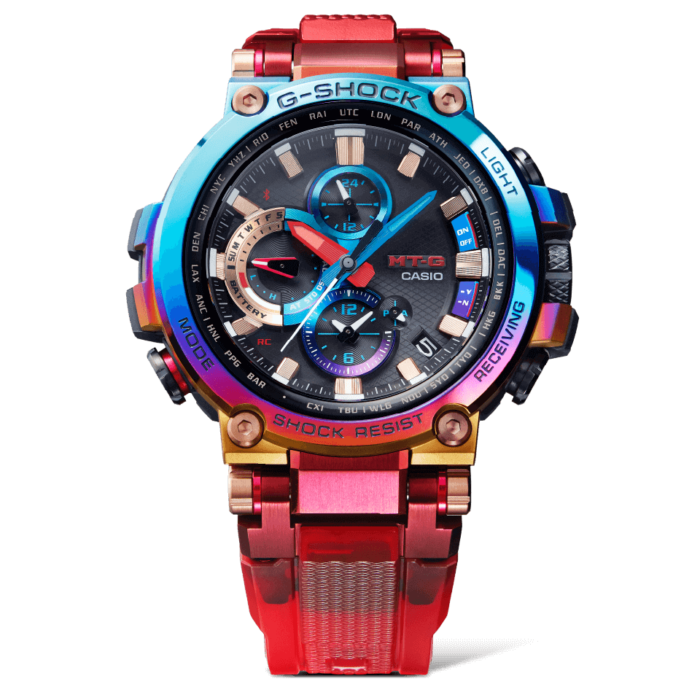 Another highlighted spring and summer release is the G-Shock MTG-B1000VL-4A, which is an MT-G (Metal-Twisted G-Shock) model inspired by the rare atmospheric phenomenon known as volcanic lightning.

The lightning caused by volcanic eruptions is represented with a rainbow ion plated bezel which produces hues of blue, purple, and gold. The rainbow IP gives each individual watch a subtle difference in coloring and a unique glow. The watch has a multi-colored dial with red, blue, and white accents. The inset dial ring has a rainbow vapor deposition finish with blue to violet gradations. The screws, buckle, and band keeper have a rose gold IP finish. The soft urethane band is red and semi-transparent to represent the magma from a volcano. The translucent band marks a first for the MT-G series. The unique color combination gives the MTG-B1000VL-4A a powerful and sporty look.

The MTG-B1000VL-4A features Tough Solar power, Multi-Band 6 radio-controlled timekeeping, Bluetooth smartphone link, and a sapphire crystal with non-reflective coating. The MTG-B1000 base is known for its relatively compact and carbon fiber reinforced case.

See Also: A rainbow IP finish was also used on the MTG-B1000RB-2A Lunar Rainbow Edition for the 20th anniversary of the MT-G series. 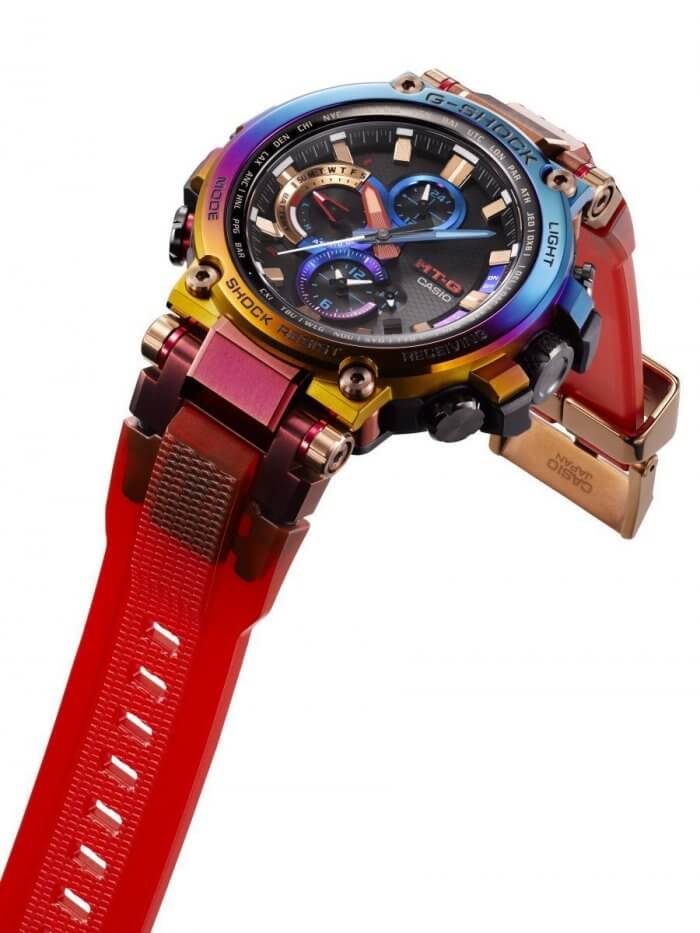 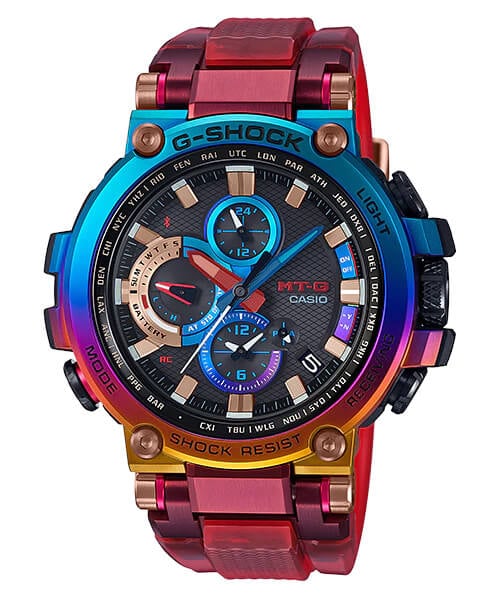 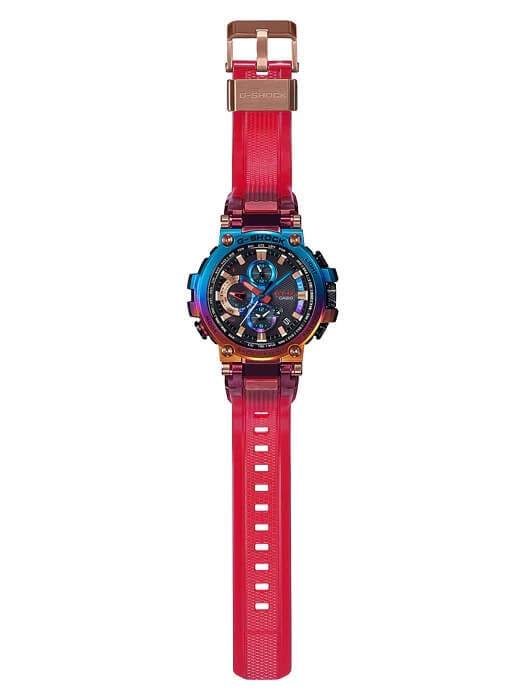 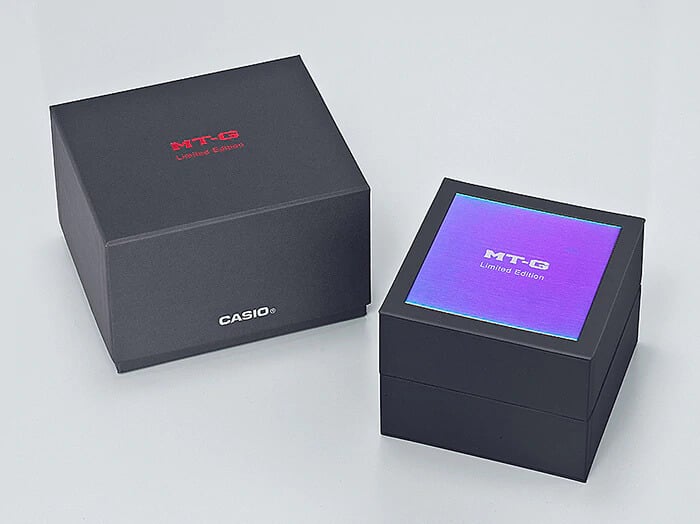 G-Shock MTG-B2000PH-2A Blue Phoenix with Rainbow IP
Disclosure: G-Central is independently managed by fans and supported by ads. We may earn a commission on purchases from our links to Amazon, eBay, and Reeds Jewelers.

Do we know if this will be limited like the 20th anniversary series?

Nothing was mentioned about it being a limited edition yet, but I think it probably is.

Any idea how much the watch will retail for?

The most similar model was the MTG-B1000RB-2A from last year, and that was US$1,000. Prices have gone up this year, so it will probably be a little more than that.

Actually they are retailed at the same price at ¥126500

When the watch will be in the market for sale?

When the watch will be sell

Don’t know yet, we will announce on Twitter when we know.

how many were made?

That information was never revealed.