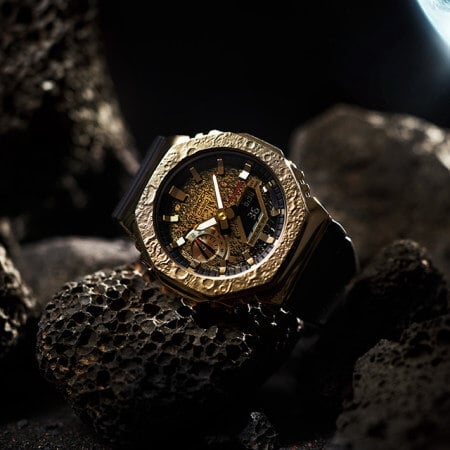 We have the Mars and Venus Concept Pair, and soon we will have The Moon: G-Shock GM-2100MG-1A. This unique stainless steel-covered model was just revealed in China, and it is also expected to be released worldwide (US: GM2100MG-1A, $300).

The GM-2100MG-1A has a gold ion plated bezel with a moon-like surface. The vapor-filmed dial also resembles the moon, and the watch has a unique moon case back with gold IP. It appears that the surface of the bezel has a 3D texture to depict the rugged surface and craters of the moon, and that probably explains the higher price in comparison to other GM-2100 models. 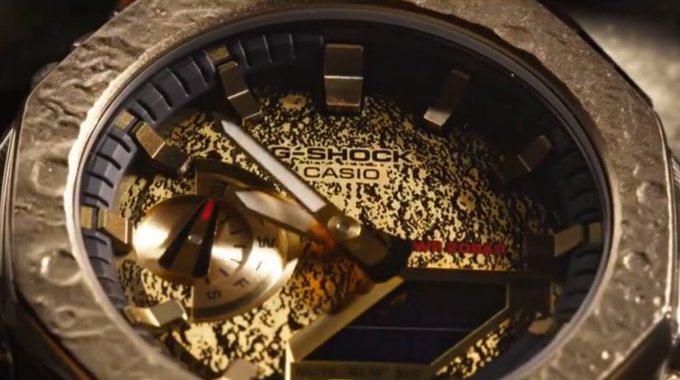 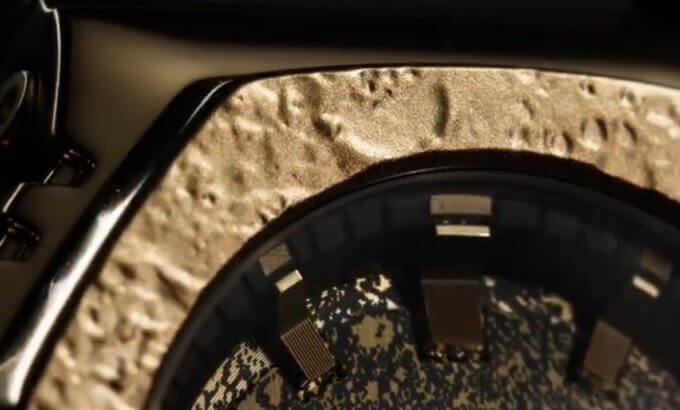 In China, the GM-2100MG-1APFM will go on pre-sale on October 20 for 1,990 yuan and includes a rocketship case, which is exclusive to China. The watch is expected to be released in Japan and Asia in November 2021 (though a delay is possible), with other regions to follow. 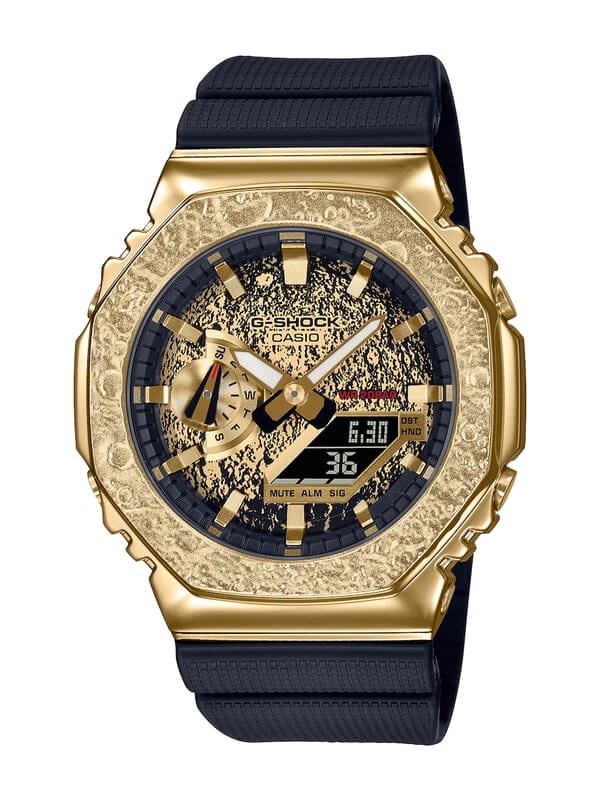 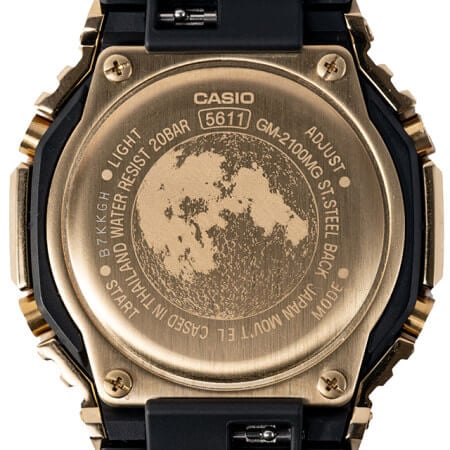 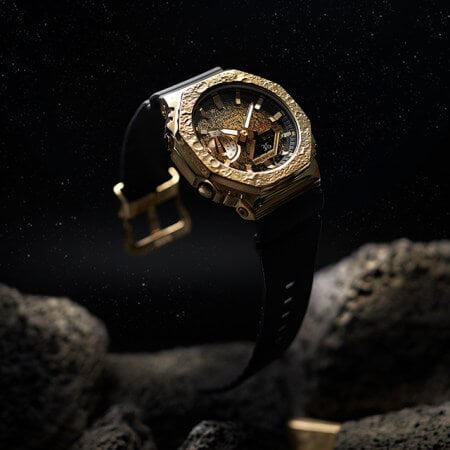 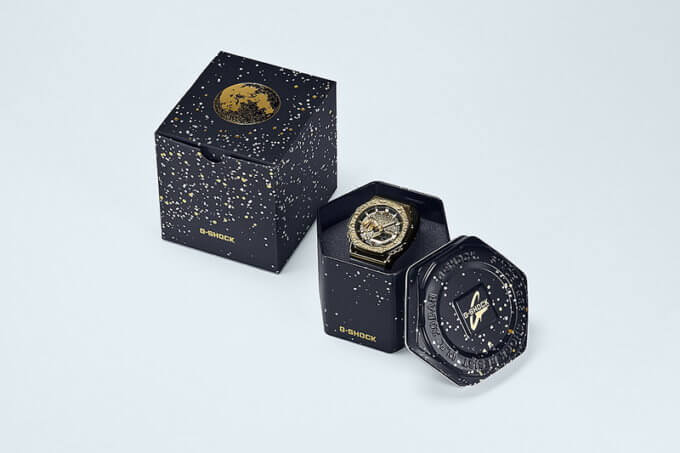 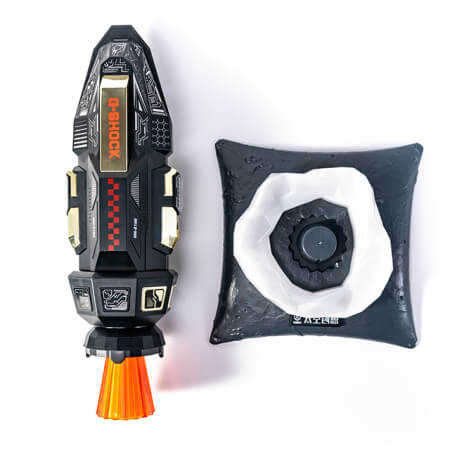 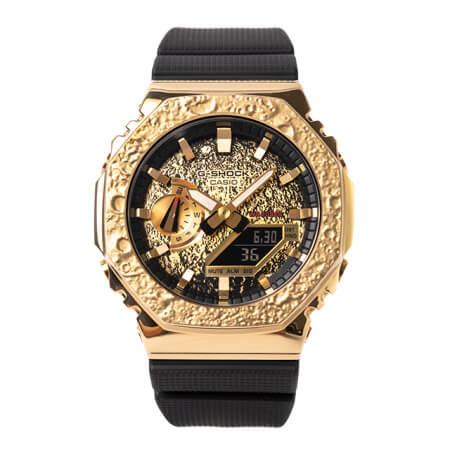 G-Shock China Dragon DBR Series
Disclosure: G-Central is managed by fans and supported by ads. We may earn a commission on purchases from our links to Amazon, eBay, and Reeds Jewelers. Please follow your country's official G-Shock site for additional release information.

so the US will probably be December or January?

Yeah, my guess would be January.

What do you think the US MSRP will be?

Thanks for the info! I jumped the gun and ordered the JDM version. US seems to be getting better pricing as of late.

What about Germany/Europe. When it will be aviable to buy ?

We don’t know yet, but we will post an update here if Europe is confirmed. Please also follow these sites for more information.
https://www.g-shock.eu/
https://www.instagram.com/gshock_de/