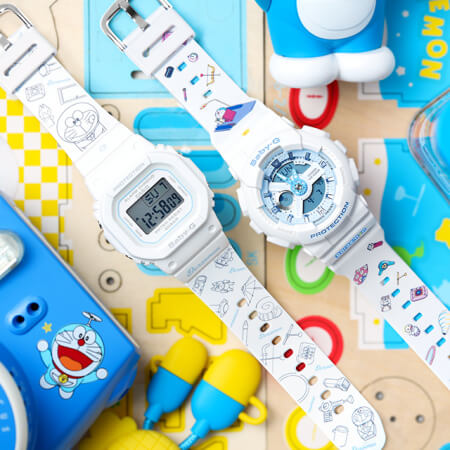 The Baby-G BGD-560-7PRDL (left) is based on the BGD-560-7 and has light blue script-style Doraemon logos on the band along with black-and-white illustrations. The Baby-G BA-110BE-7APRDL (right) is based on the BA-110BE-7A and has a cartoon-style Doraemon logo along with colored illustrations. An 18×23-centimeter Doraemon figure (that may also be a case) appears to be included with each watch.

The Doraemon x Baby-G watches are available for pre-sale in China at casiostore.com.cn with delivery to take place in late June. 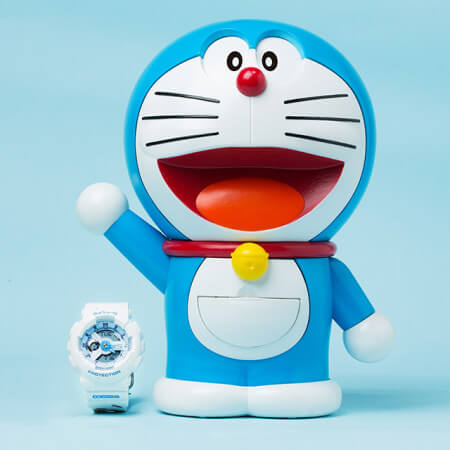