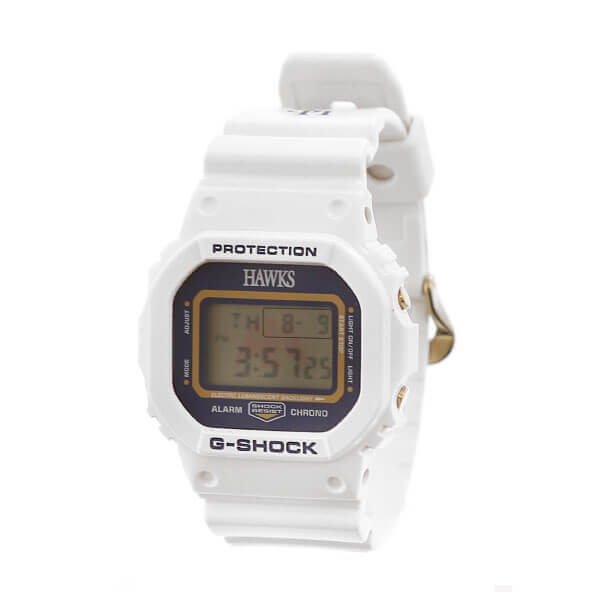 Japanese professional baseball team the Fukuoka SoftBank Hawks is celebrating its 80th anniversary with the release of a Casio G-Shock DW-5600 collaboration. The custom watch has a glossy white finish with a gold ion-plated buckle and buttons. The Hawks logo is displayed on the face and engraved stainless steel case back. The EL backlight displays the Hawk symbol. “Hawks 80th Anniversary” text adorns the band along with the insignias of the original founding team the Nankai Baseball Club (of Osaka) from 1938, the relocated Fukuoka Daiei Hawks from 1989, and the current Fukuoka SoftBank Hawks.

The Fukuoka SoftBank Hawks x G-Shock DW-5600 is currently available for pre-order in Japan at dugout.softbankhawks.co.jp for ¥19,800 JPY (tax included). 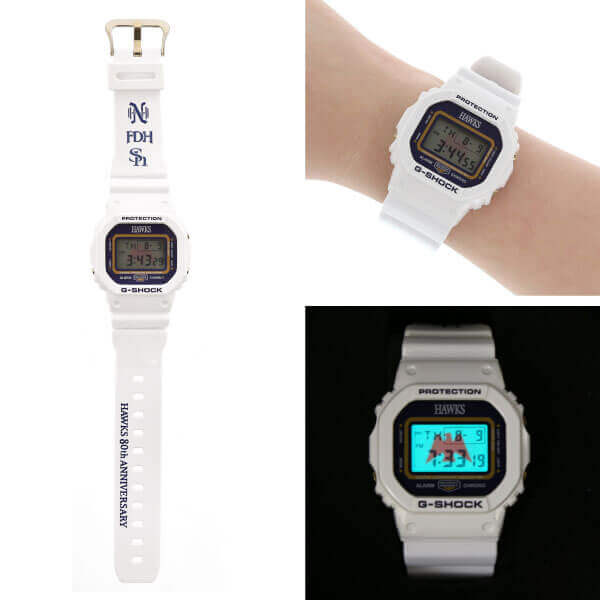 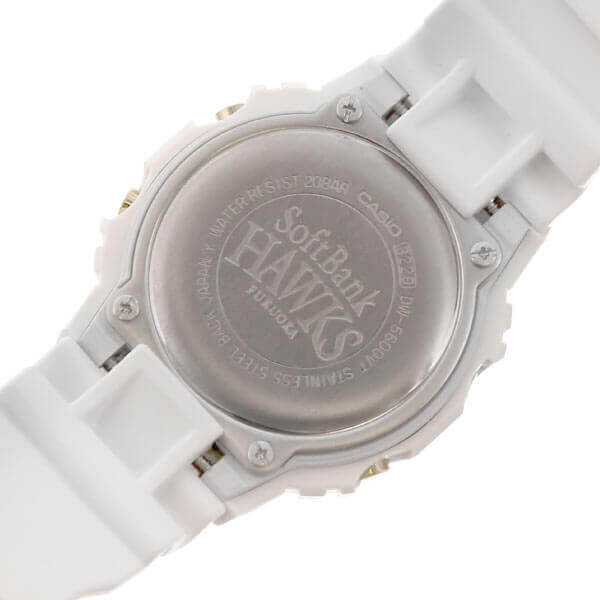 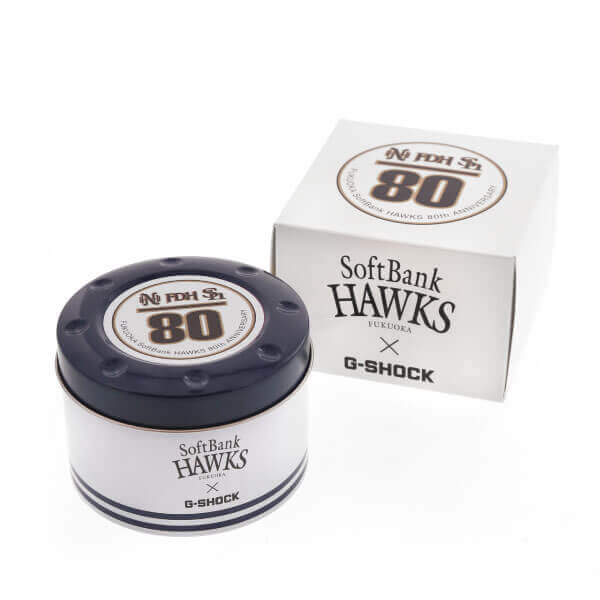