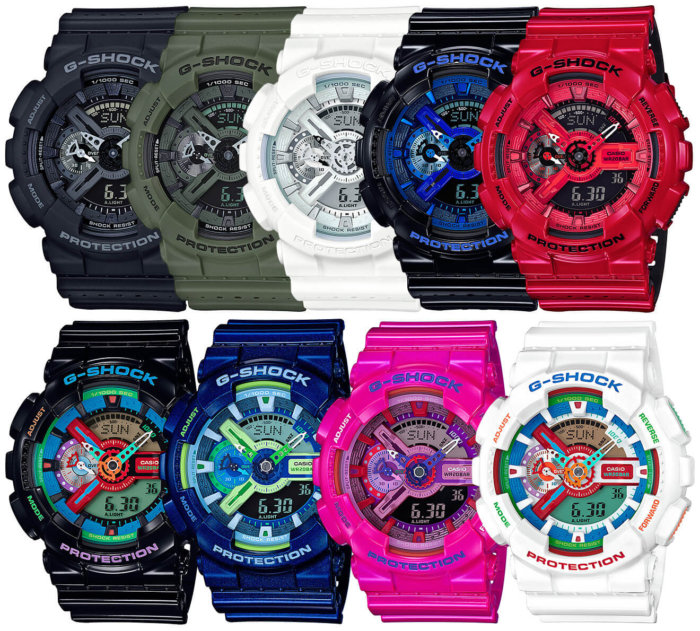 The GA-110LP Punching Pattern Series has a matte finish and includes the black GA-110LP-1AJF, green GA-110LP-3AJF, and white GA-110LP-7AJF. This series has a band design inspired by mesh sporting attire, with a pattern of holes punched in the band to provide extra ventilation. It also features the same two-tone outer and inner band layers like the recent GA-100L Series. The black model appears to have a white inner band and the green model appears to have a black inner band, but according to the photo it’s not clear if the white model has a non-white inner band. List price is ¥17,000 JPY.

The GA-110LPA Punching Pattern Series is similar to the GA-110LP with the layered band with holes but these models have a glossy finish and bolder, neon-like look to them. The GA-110LPA-1AJF is black with a blue face and blue inner band. The GA-110LPA-4AJF is all red with black trim and a black inner band. List price is ¥18,000 JPY. 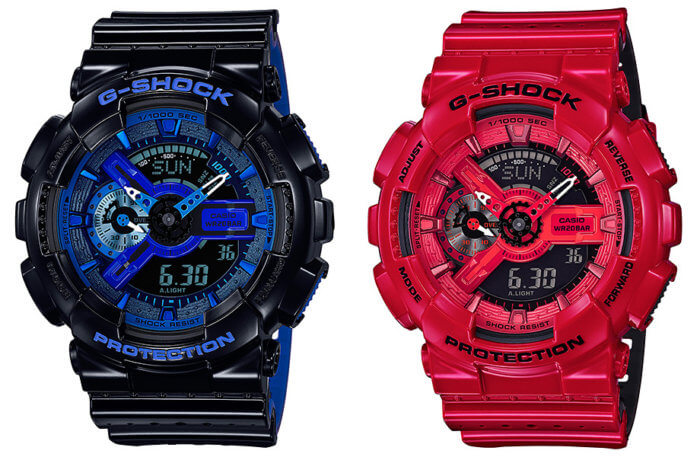