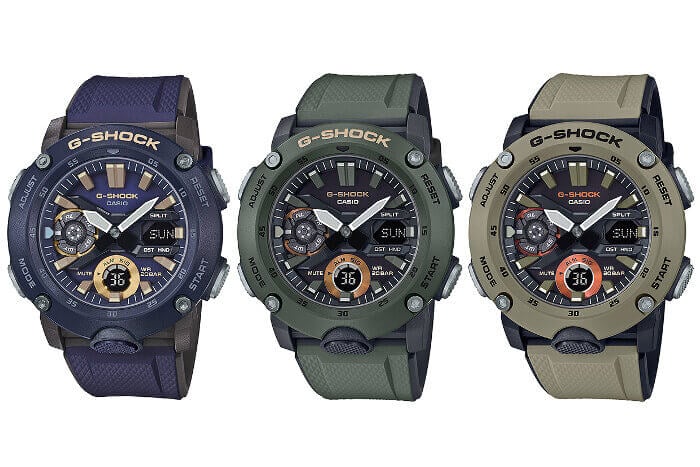 The GA-2000 is the most affordable G-Shock line to utilize the new Carbon Core Guard case design. The lightweight carbon fiber reinforced case features a very high strength and hardness for improved durability. Other features include a dual-layer stainless steel and resin case back and bi-color molded bands. The GA-2000 is also the first G-Shock watch to feature a quick-release band and different styles of bands (Velcro, Cordura, and cloth) will be available to purchase separately. 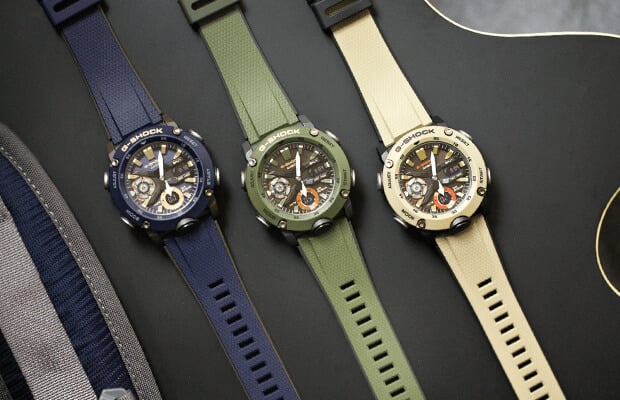 The GA-2000-2A features the traditional Navy colors of blue and gold. 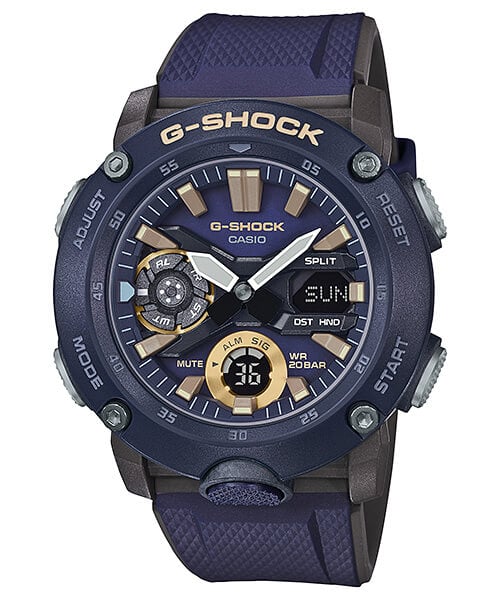 The GA-2000-3A has an olive green color that matches woodland environments. 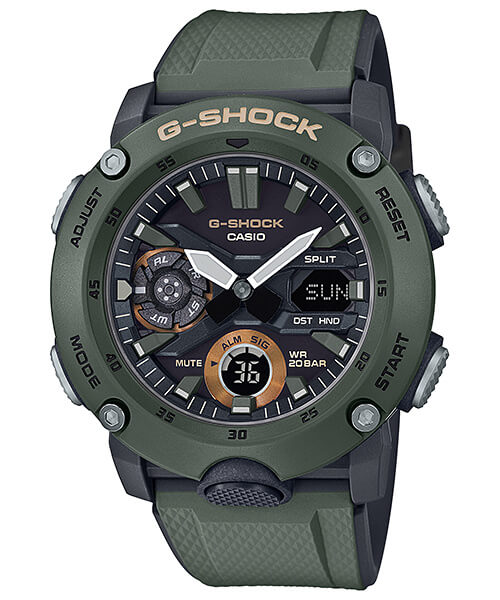 The GA-2000-5A has a brown color that matches woodland and desert environments. 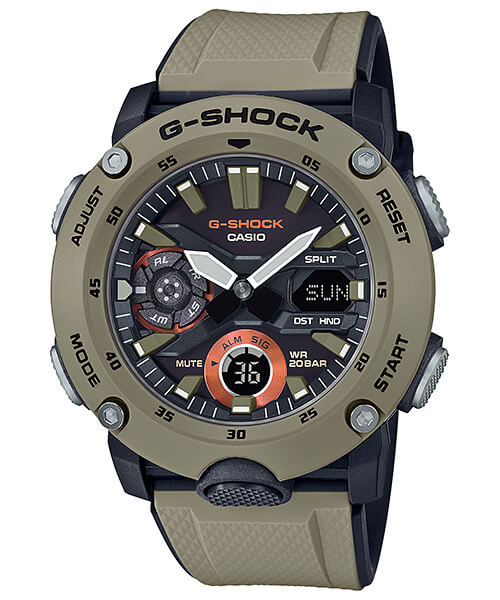 Why are the tan, forest green and navy color not available in the U.S.? I have found them on eBay, and have deeply considered buying one, but I’m wondering if there is some specific difference between the Japanese/Asian version of the ga 2000 and a possible future U. S. version in tan. Should I just get it on eBay from a Asian retailer?

All three are scheduled to be released in the U.S. in May. The U.S. (and other markets outside of Asia) usually get the new models a month or so later than Asia. There is no difference between the Asian and U.S. versions, just the last two letters of the model code on the tag and box sticker (which could be JF, DR, CR, etc.). But depending on where you buy it from it may or may not include a Casio warranty, or may not include one that is valid in the U.S. That is one reason to wait for the U.S. release and buy it from an authorized dealer.

Do the hands of these models glow? Are they illuminated?
Thanks