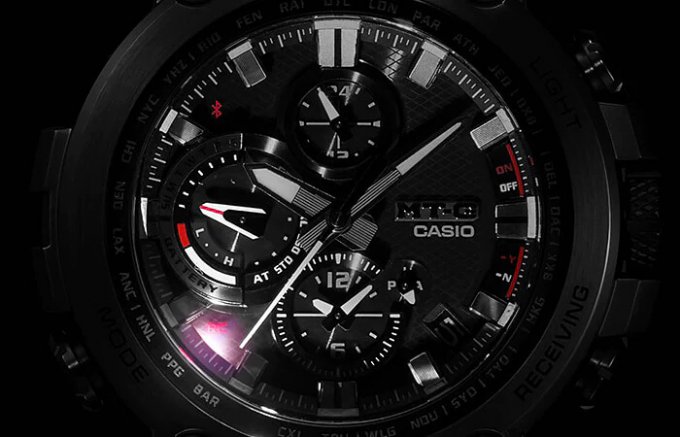 The G-Shock MTG-B3000 is expected to be released sometime this year. A new FCC device application for its RF module is now available online, and while most of the photos are protected by a short-term confidentiality request, there is an illustration of the case back cover (fccid.io) that reveals a few details about the watch.

We know that the watch will have Bluetooth smartphone link based on the model name and FCC application, and it will most likely have Tough Solar power and Multi-Band 6 like previous MT-G models. The case back design indicates that the watch has a stainless steel case back like the MTG-B1000, which is a departure from the carbon monocoque structure of the MTG-B2000. This is confirmed by the “ST. STEEL BACK” label on the case back.

There is a label for the module number 5672, but the instruction manual is not available yet. There is also a Triple Resist logo on the case back, which is a signature feature of the MT-G series offering protection from impact, g-force, and vibration. Another unknown is if it is a Carbon Core Guard model like the MTG-B2000, but it looks like it might not be, as CCG models usually have a CCG logo on the case back.

Please keep in mind that this is all speculation at this point, and we can’t be certain that the illustration is a completely accurate representation of the final product.

G-Shock Master of Metal Videos and Page from Casio U.K.

J.S.B. x G-Shock GD-100 Collaboration for 2022
Disclosure: G-Central is independently managed by fans and supported by ads. We may earn a commission on purchases from our links to Amazon, eBay, and Reeds Jewelers.