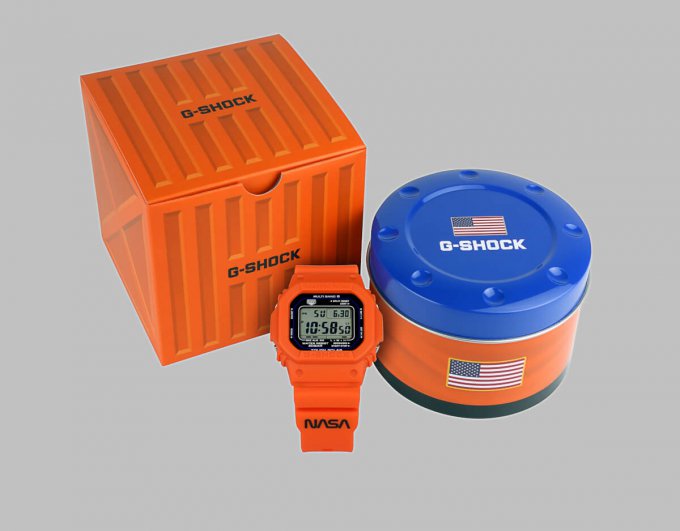 G-Shock collaborations with NASA have become an annual tradition recently, as Casio America unveiled the G-Shock GWM5610NASA4 with a release date of July 14, 2022. Previous NASA models sold out quickly, and although this is a more expensive model than the previous DW-5600 collaborations, this one is expected to be in high demand as well. (Previous NASA collaborations were released only in the U.S., and the same is expected for this model.)

The GWM5610NASA4 features an orange bezel and band inspired by the iconic orange flight suits worn by NASA astronauts. The “International Orange” color of the Launch and Entry Suit, informally known as the “pumpkin suit,” was worn by Space Shuttle crewmembers from 1988 to 1994. The LES suit was replaced by the Advanced Crew Escape Suit in 1994, which also used the orange color. NASA chose the color for visibility and safety reasons.

A NASA logo and “National Aeronautics and Space Administration” text are printed on the watch band, and the American flag appears on the band keeper. The stainless steel case back displays a laser-etched image of an astronaut in a helmet, and the limited edition watch comes in exclusive packaging.

According to the product photos and despite the lack of a “U” in the name, the base is actually the updated GW-M5610U and not the older GW-M5610. The GW-M5610U features an LED backlight and some enhanced functions over the GW-M5610. Major features include Tough Solar power, Multi-Band 6 automatic radio time adjustment, world time, stopwatch, countdown timer, 5 daily alarms with 1 snooze, full auto-calendar, and full auto LED light with adjustable afterglow. 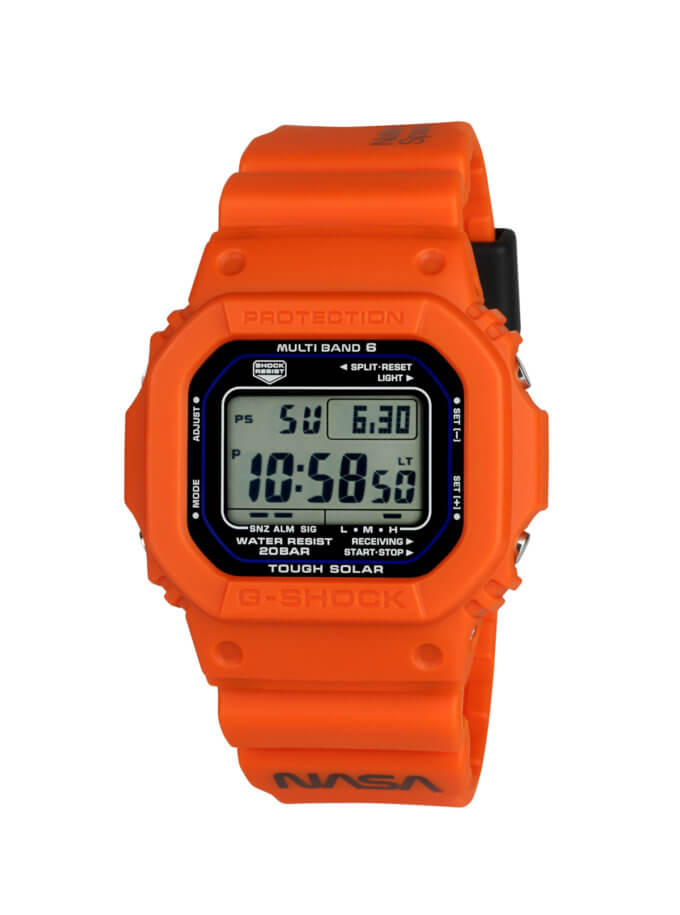 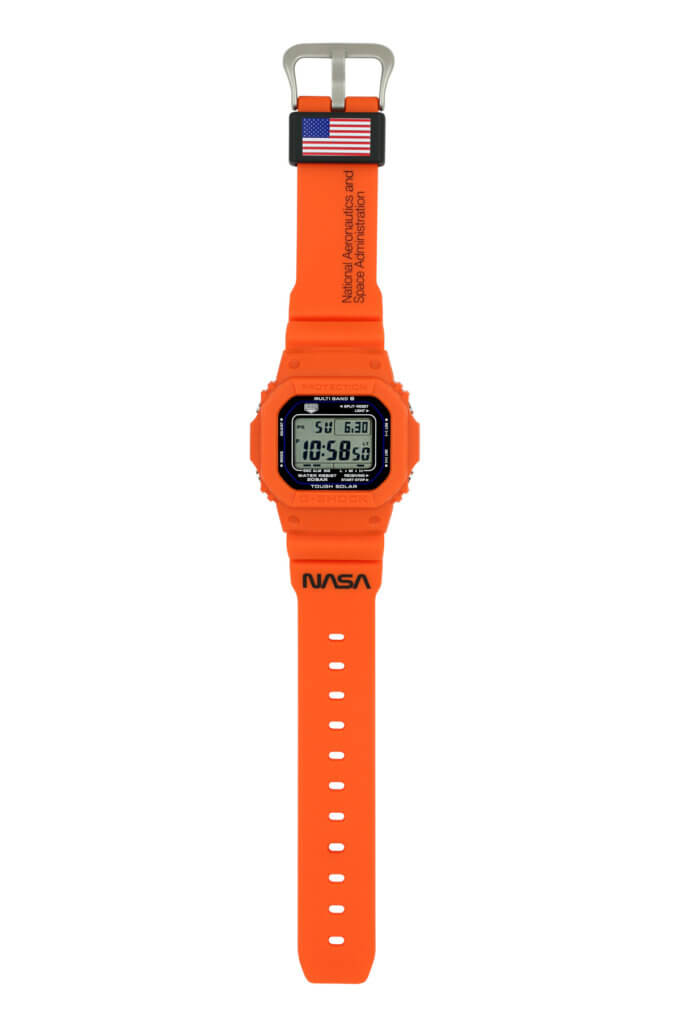 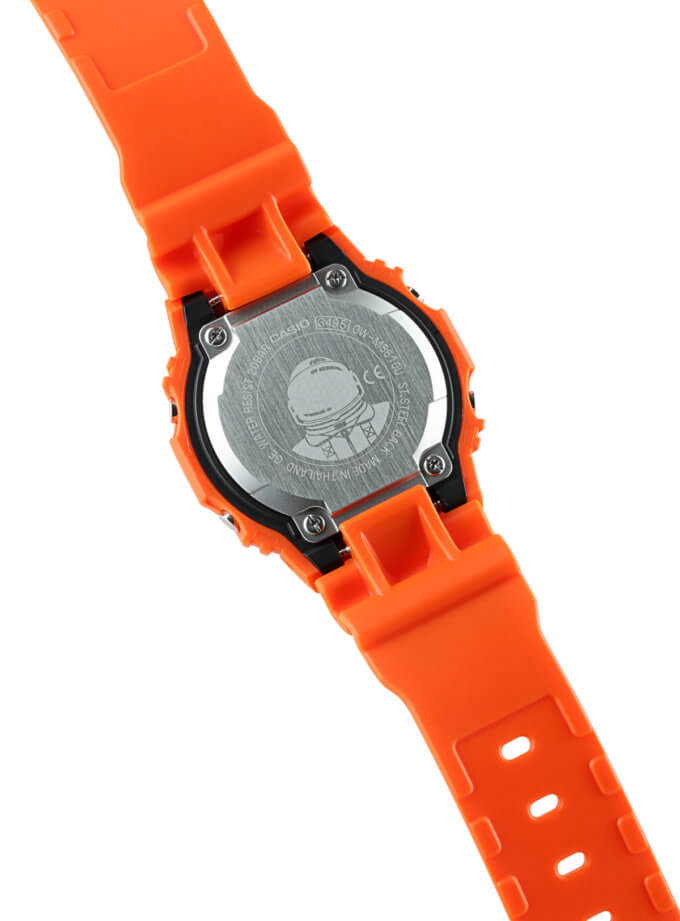 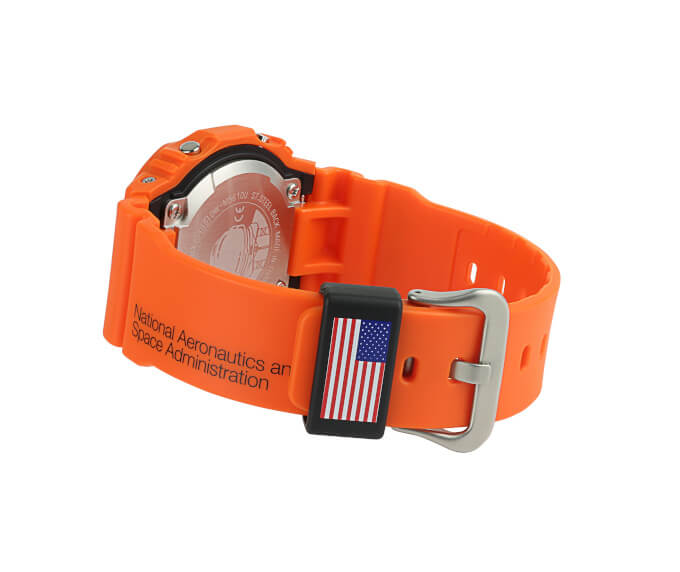 G-Shock GA-B2100 with Tough Solar power and Bluetooth link
Disclosure: G-Central is managed by fans and supported by ads. We may earn a commission on purchases from our links to Amazon, eBay, and Reeds Jewelers. Please follow your country's official G-Shock site for additional release information.

Try buying from your laptop. I couldn’t pay from my phone (friends tried too) on the release date but when we tried on our laptops, it worked

Try to buy it from Europe….