Former NBA star Stephon Marbury was spotted wearing the red-white-and-blue G-Shock GA-110TR-7A during his recent visit to Shanghai for a G-Shock-sponsored 3 on 3 streetball event. Marbury, who left the NBA six years ago to play for the Beijing Ducks, led his team to three Chinese Basketball League championships and experienced an incredible career resurgence. He has achieved near god-like status in China with his own statue, musical play, postage stamp, and G-Shock collaboration.

In June 2015 Casio opened the world’s largest G-shock store in Shanghai. The 200 square-meter store is located at 856 Huaihai Road. 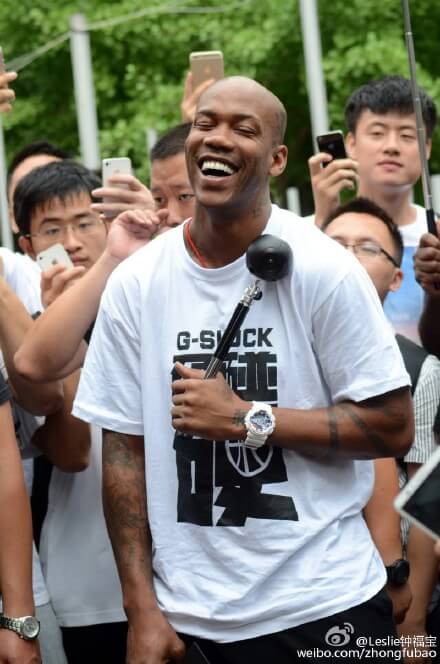