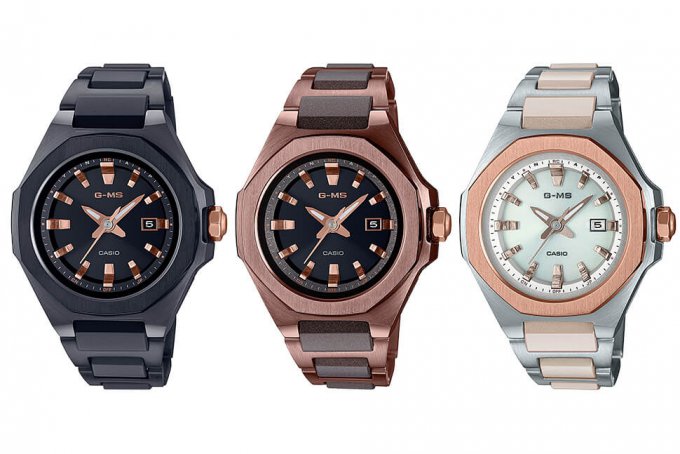 Baby-G Japan is launching the the all-new Baby-G G-MS MSG-W350 series, which has an octagonal bezel that resembles the G-Shock GA-2100. The bezel of the GA-2100 itself resembles the Audemars Piguet Royal Oak, which earned the GA-2100 the unofficial nickname of the “CasiOak.” Given its popularity, many fans would like (and some expect) to see a metallic version of the GA-2100 at some point, but it looks like Baby-G has decided to go there first. (Casio’s Edifice brand also has octagonal bezels on some of its recent models, and the G-Shock MTG-B2000 has a similar-looking decagonal bezel.) The MSG-W350 is part of the G-MS of refined yet rugged women’s watches made of stainless steel.

The MSG-W350 has a traditional 3-handed full analog display, a stainless steel case and bezel, and a composite band of stainless steel and resin. It is a small watch measuring 38 x 34.4 x 10.6 millimeters and weighing 52 grams. Features include shock resistance, 100-meter water resistance, Tough Solar power, radio wave timekeeping (for Japan and China), and full auto calendar with date display. 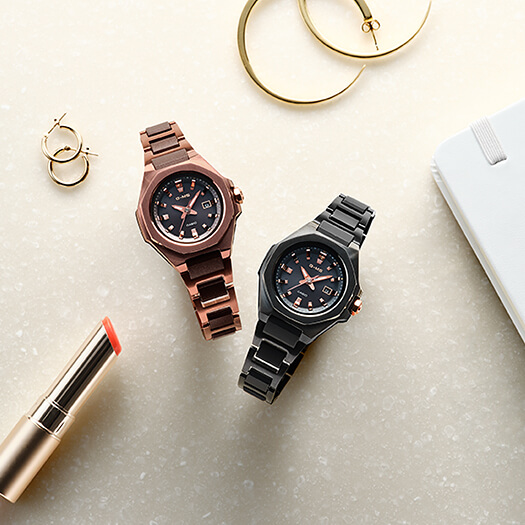 Unfortunately, with the radio timekeeping feature limited to the transmitters in Japan and China, it looks like the MSG-W350 series will only be available in those countries. Those in other regions may want to consider the solar-powered MSG-S500 with a circular stainless steel bezel and resin band. 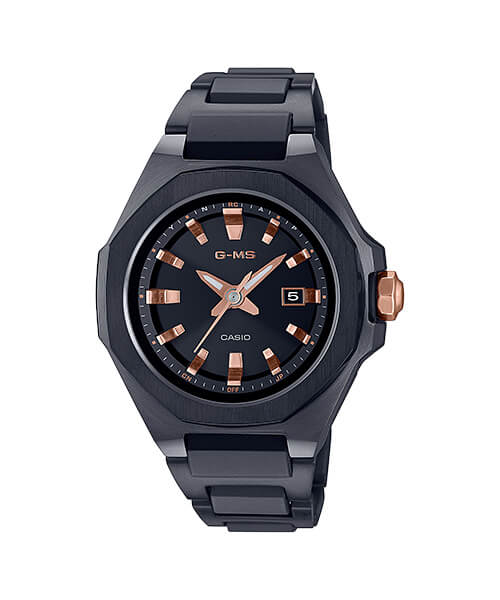 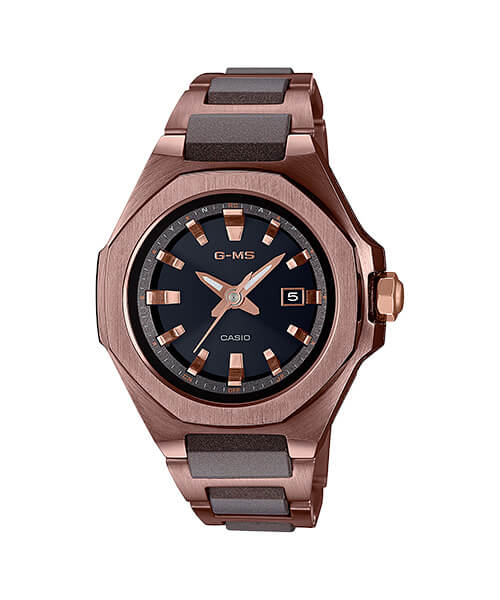 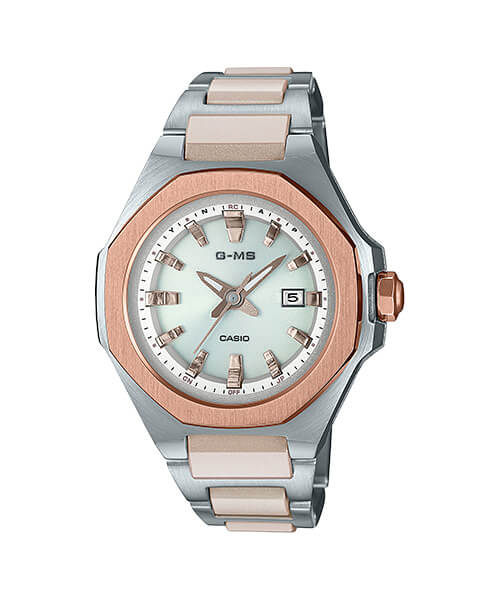