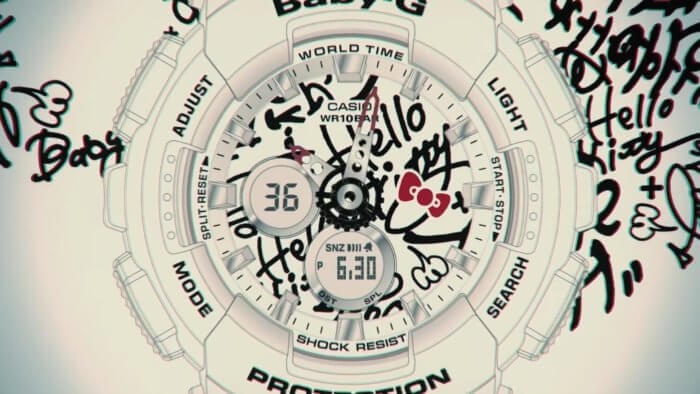 Two of Japan’s most beloved brands are joining forces for an upcoming collaboration watch. Casio and Sanrio launched a teaser video and a new Baby-G Japan web page for the upcoming Baby-G x Hello Kitty watch. The watch is inspired by the 1970’s graffiti and street culture that was popular during the time Hello Kitty was created in 1974.

Update: The Baby-G BA-120KT-7A has a graffiti-inspired design with the iconic Hello Kitty red ribbon bow on the face and red-tipped analog hands. The stainless steel case back has an engraved Hello Kitty graphic and the watch comes in an exclusive tin and box along with a special promotional card. Baby-G Japan announced a December 2016 release for the BA-120KT-7AJR with a list price of ¥17,000 JPY.

Update 2: Casio America announced the BA120KT-7A for January, 2017 release with a list price of $150 and availability at select department and fashion apparel stores. 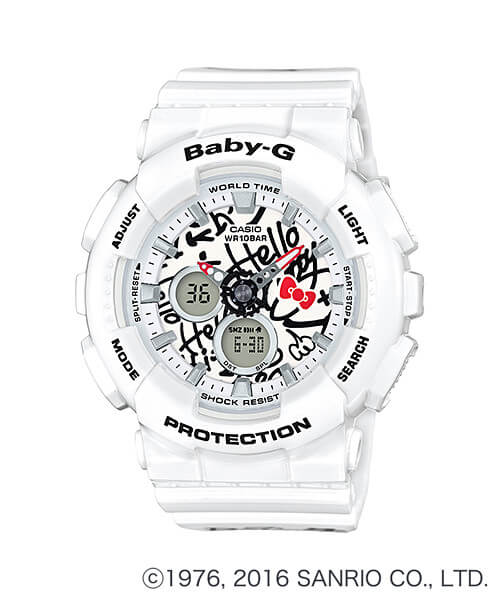 Will baby g hello kitty be selling in singapore?

Yes I think it will be.

When will it be released and how can I order one for delivery to the USA? Thank you!

I think it is coming in December 2016. Check this page later for USA sales: http://www.baby-g.com/resource/hellokitty/HelloKitty.html

May I know will it be selling in Malaysia? Kindly reply, I would like to know the status regarding the baby g hello kitty watch. Looking forward to your reply. Thank you.

Stupid site. You said January 2017 so I gave up looking around at December then it turns out it was released this December!

There are some available at Amazon right now.