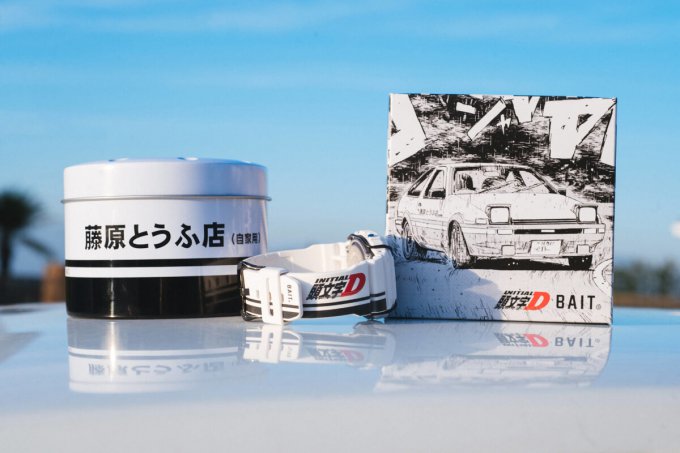 Streetwear retailer and lifestyle brand Bait is releasing a G-Shock DW-5600 collaboration watch based on the popular street racing manga Initial D. This limited edition watch is surprisingly coming out of the U.S., but it’s not entirely out of left field, as Bait often does fashion collaborations based on anime and pop culture brands. It will also be available in limited quantities in Japan.

The G-Shock DW5600BAIT20 watch takes it design cues from the Toyota Sprinter AE86 Trueno GT Apex car of Initial D main protagonist Takumi Fujiwara. Black racing stripes run down the left side of the face and band. The Initial D logo is printed on the upper band, and the Fujiwara family’s tofu store sign appears on the lower band. There is an Initial D logo engraved on the stainless steel case back, and the EL backlight also displays the logo when activated. Bait logos appear on the lower face and band, and the watch comes in a matching tin case and a box featuring artwork from the manga.

The watch will be available to purchase for $200 via lottery (to take place on 12/29/20 with registration now open) at baitme.com (with shipping to the U.S. only). The watch will also be available at Bait stores in the U.S. from December 26. It will also be available later at Bait stores in Japan (Tokyo and Osaka). It is not known how many watches are available or exactly when the Japan release will take place. (Follow Bait Japan at baitme.jp and its various social media accounts for updates on the Japan release.) 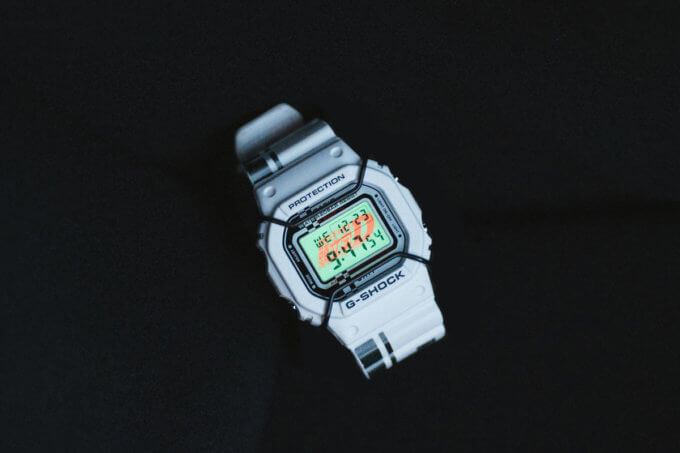 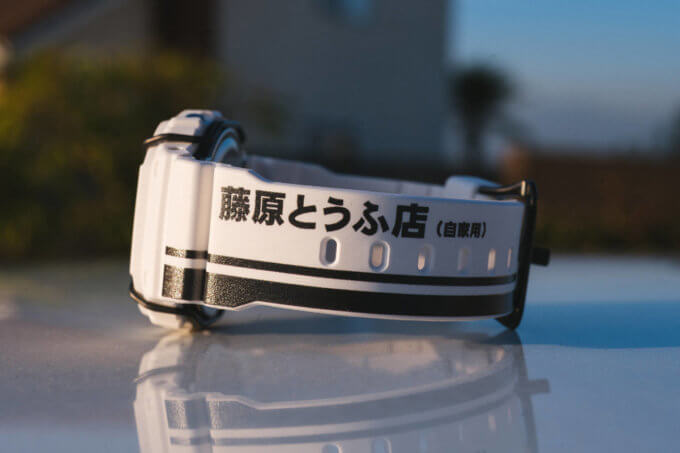 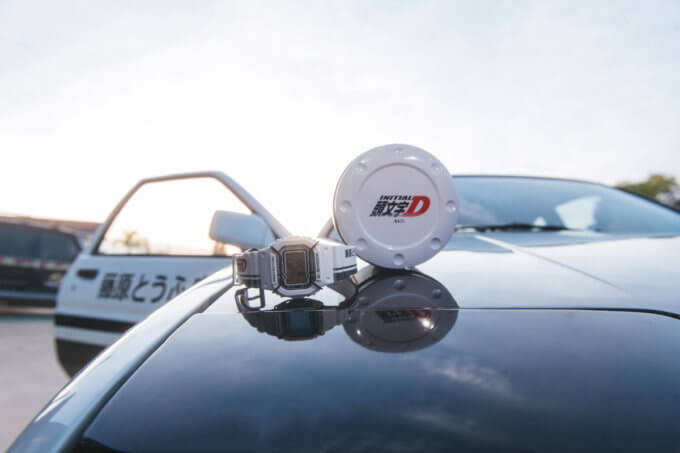 G-Shock x New Era DW-6900 Navy Watch 2016 (Japan)
Disclosure: G-Central is independently managed by fans and supported by ads. We may earn a commission on purchases from our links to Amazon, eBay, and Reeds Jewelers.