Casio G-Shock has broken the Guinness World Record for “The heaviest vehicle to drive over a watch” on October 30, 2017. In order to break the record, the watch needed to be running properly after being driven over by at least a 20-ton truck.

On October 30, 2017, a 24.97-ton truck drove over a G-Shock DW-5600E-1. The watch was placed face-up and driven over by three tires. It did not sustain any significant damage and still functioned normally. The DW-5600E-1 is the only watch to successfully pass the challenge and this is G-Shock’s first Guinness World Records title.

The DW-5600E-1 is based on the original G-Shock case from 1983. It is one of the most affordable G-Shock watches but does not sacrifice toughness or durability for its low price. 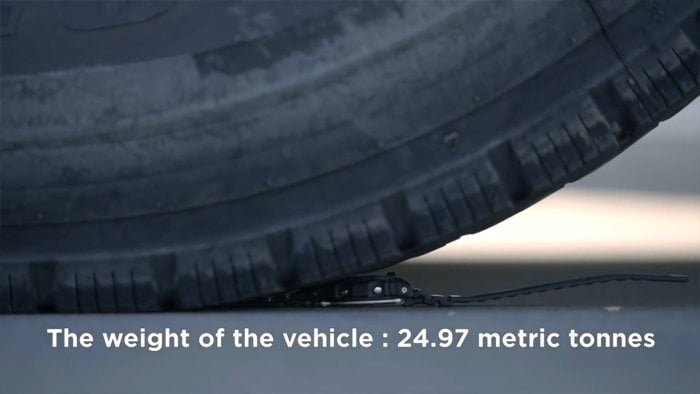