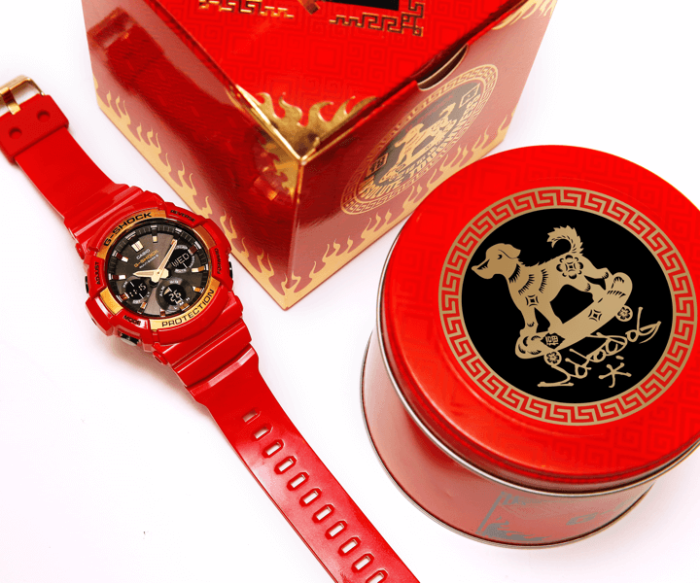 G-Shock China continues its tradition of exclusive red and gold models with the release of the GAW-100CX-4A, a limited extra-large New Year’s model with Tough Solar power and Multi-Band 6 radio timekeeping. This watch has a glossy red body and bands, gold IP bezel, and a gold buckle. The stainless steel case back features a special dog insignia engraving. This release is a collaboration with rapper MC HotDog of Taiwan and includes his signature as part of the insignia. A commemorative box and tin is also included.

The GAW-100CX-4A is a December 2017 release in China with a list price of ￥1,590 CNY. The base GAW-100 is a recently introduced model that has the distinction of being the most affordable large analog G-Shock that is solar-powered. 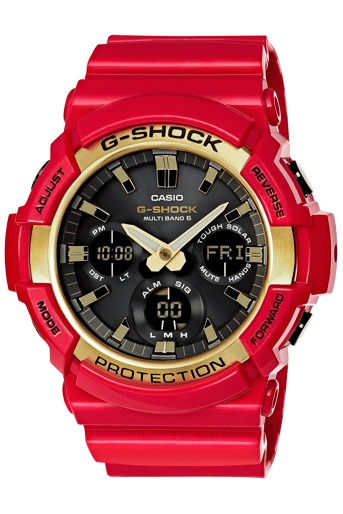 China is also getting the GA-100CX-4A (pictured below), a special MC HotDog collaboration version of the red and gold GA-100VLA-4A. 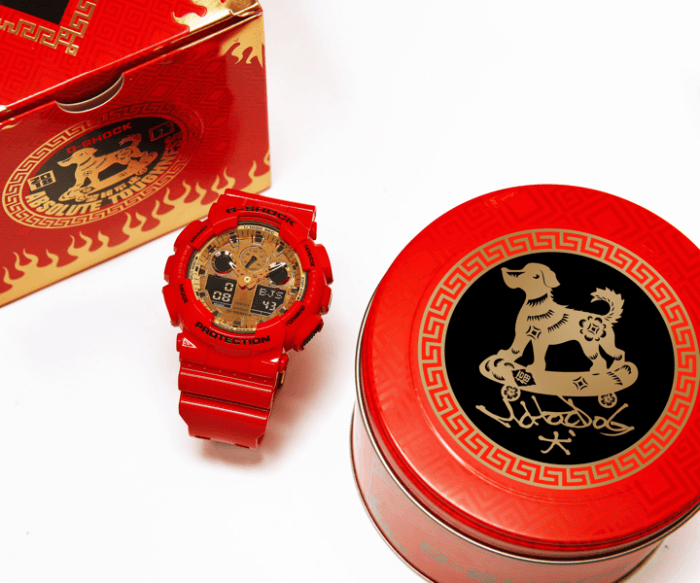