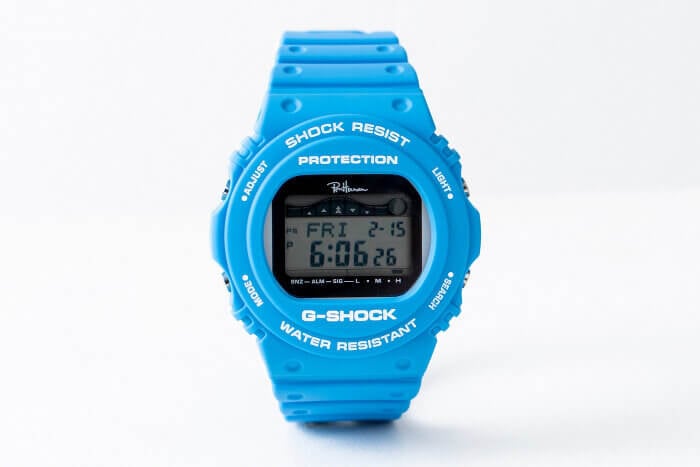 California fashion brand Ron Herman has a new G-Shock collaboration watch coming to Japan. Continuing the company’s trend of using surfing-inspired G-LIDE models as a base, the 2019 release is a G-Shock G-LIDE GWX-5700 featuring Tough Solar, Multi-Band 6, and a tide and moon graph. The watch has a light blue bezel and bands with white lettering, a white band keeper, and a Ron Herman logo on the upper face and case back. 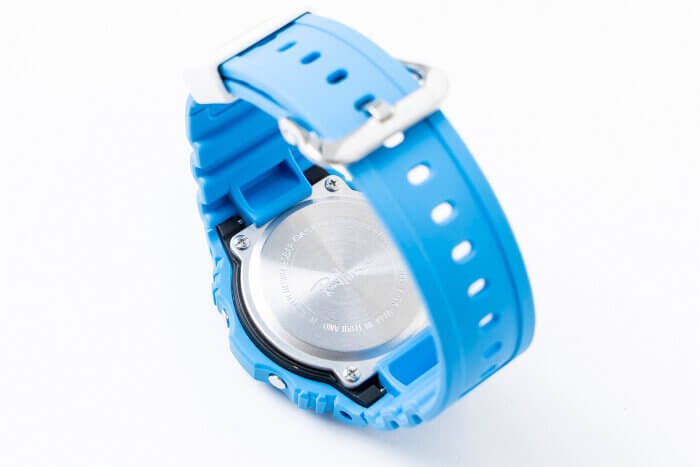