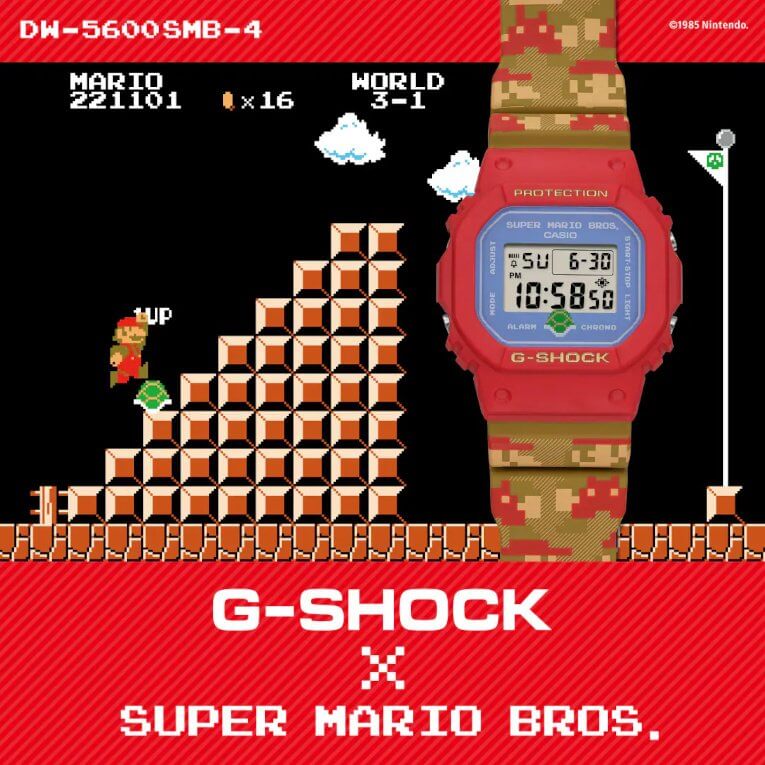 Two of the most iconic brands of the 1980s have partnered up for the release of the limited edition G-Shock DW-5600SMB-4 based on the classic Nintendo video game “Super Mario Bros.” The bestselling game, designed by Shigeru Miyamoto and Takashi Tezuka, made its debut in 1985 on the Nintendo Family Computer (and Nintendo Entertainment System in the west). “Super Mario Bros.” is one of the most popular and important video games of all time, as it revived the home console market and revolutionized the side-scrolling platform genre. The franchise continues to be popular today, with games available for the Nintendo Switch console and a new animated feature film coming in 2023. 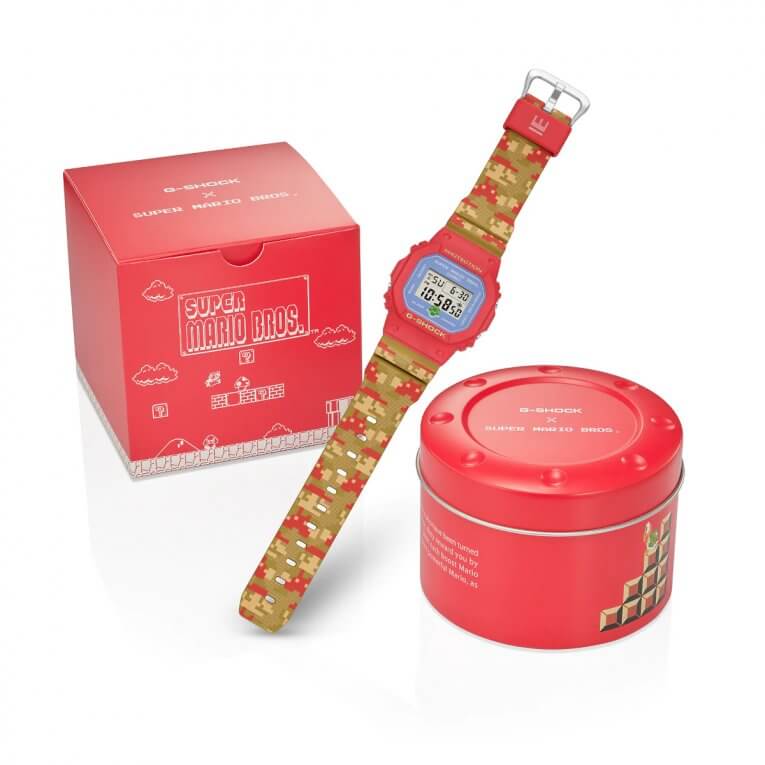 The G-Shock DW-5600SMB-4 has a red bezel representing Mario and gold lettering representing the gold coins found in the game. The light blue face of the watch features “Super Mario Bros.” and watch labels in the familiar Nintendo font, along with a green Koopa Troopa turtle shell that extends a bit into the LCD display area. The EL backlight displays an image of a jumping Mario with “1UP,” signifying an extra life earned. The brown band is printed with a pattern of 8-bit Mario images that gives the impression of digital camouflage from a distance. The red band keeper has a crown icon printed on it, which serious Mario fans will recognize as the symbol representing 10 lives on the pre-level game screen. The case back is laser-etched with a falling Mario and a Koopa Troopa.

In Japan, the DW-5600SMB-4JR is a November 11 release with a tax-included price of 17,600 yen. The Casio Japan website will be taking pre-orders starting November 2. The DW-5600SMB-4 was also announced for Asia and is expected to be released worldwide. 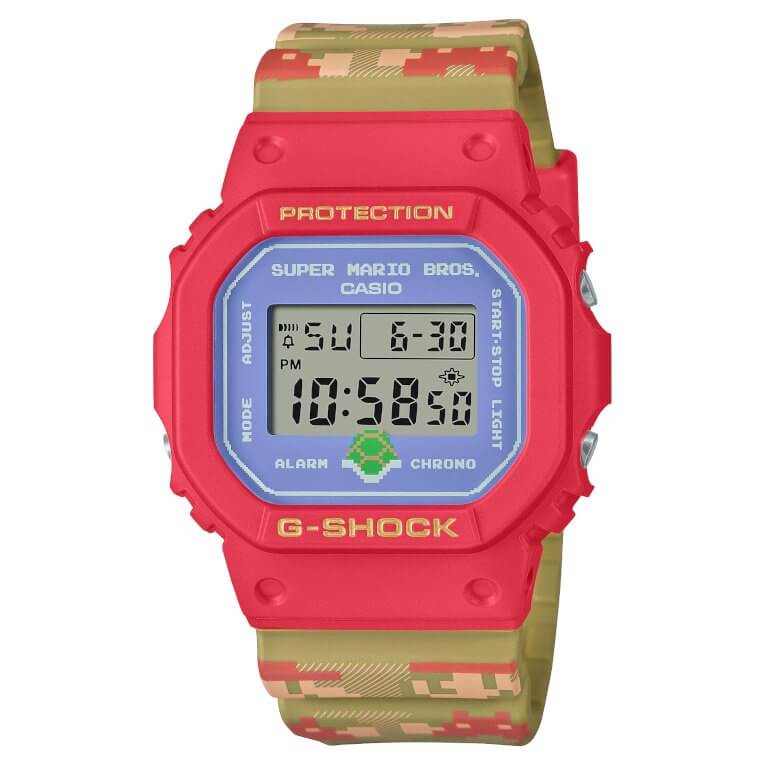 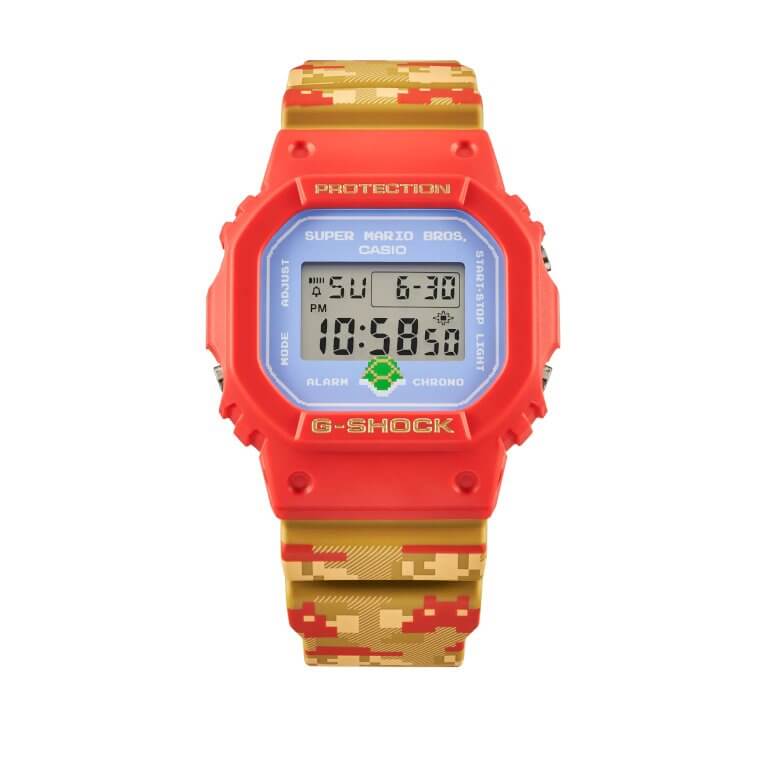 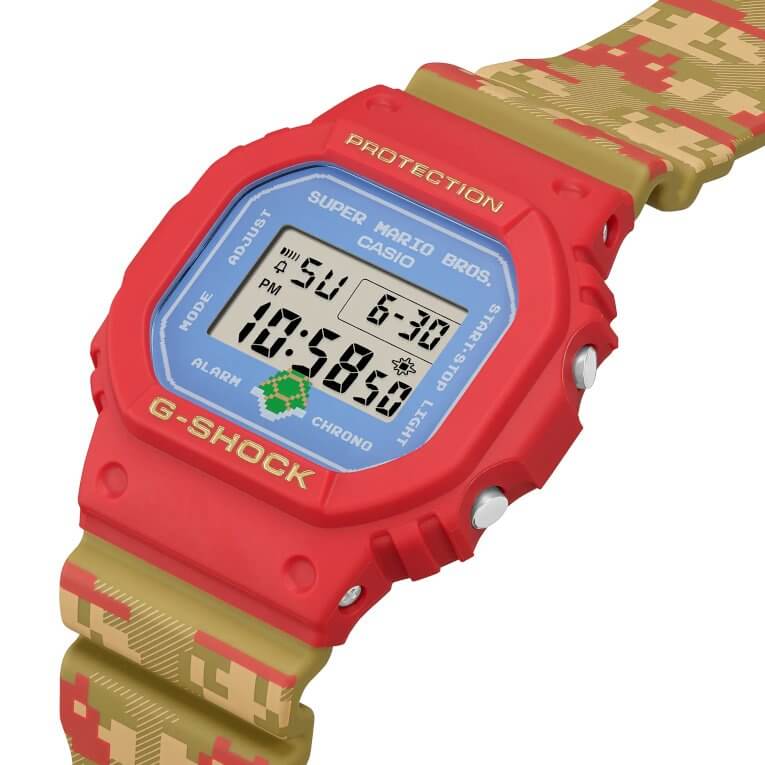 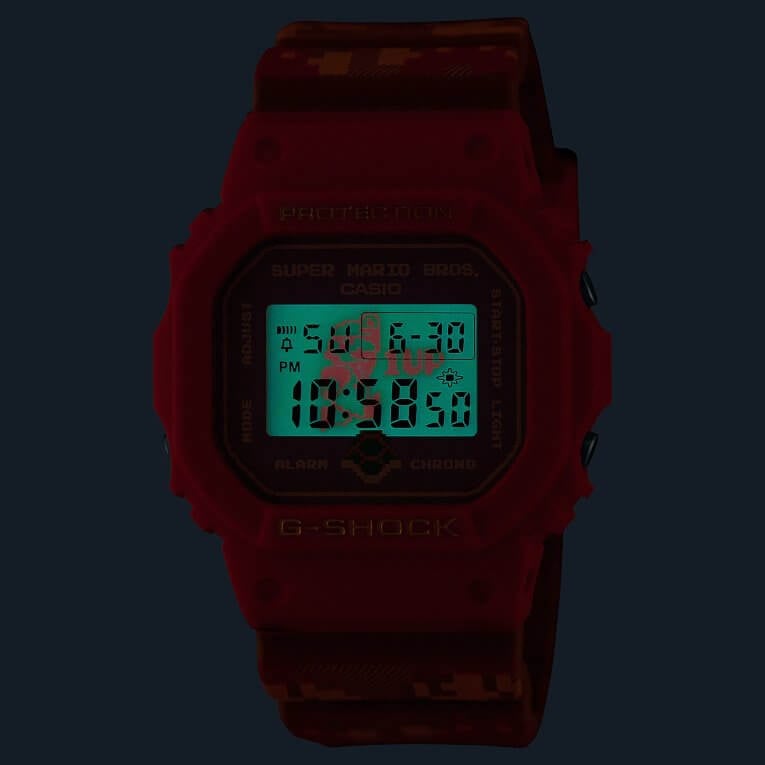 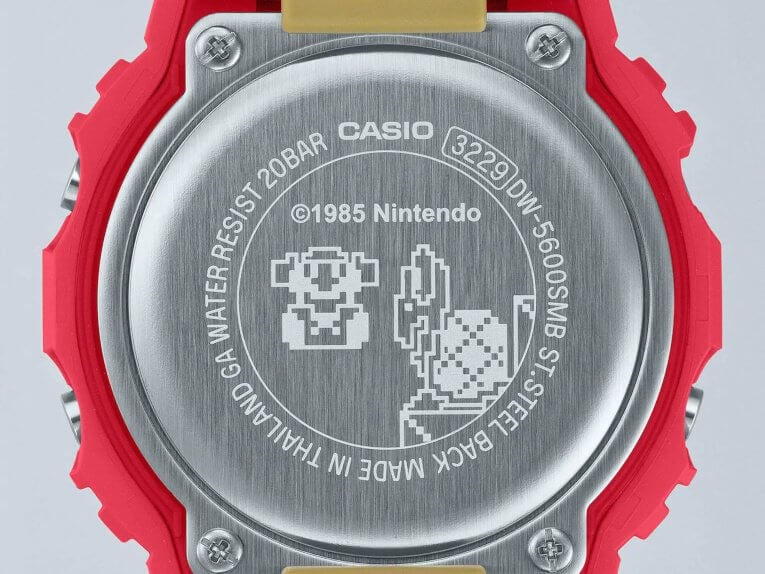 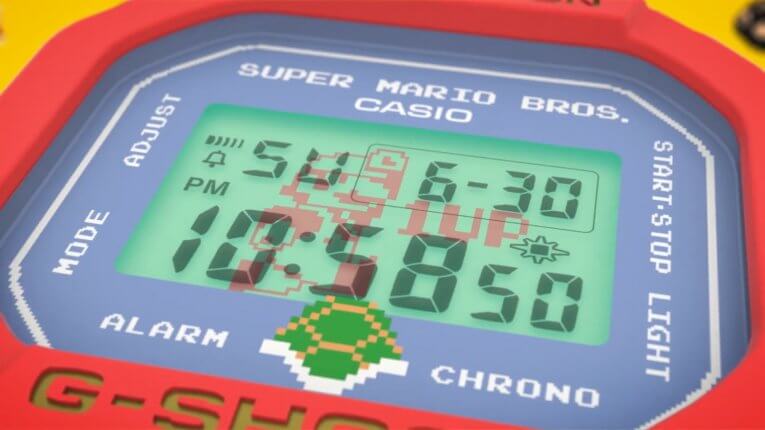 G-Shock G-SQUAD GBD-200 Fitness Watch with Square Case
Disclosure: G-Central is managed by fans and supported by ads. We may earn a commission on purchases from our links to Amazon, eBay, and Reeds Jewelers. Please follow your country's official G-Shock site for additional release information.

Will this be limited? Or widely available?

Not sure
Reply to  Patrick

If you have any interest whatsoever in this one, I highly suggest you get it now. The preorder is now active on the G-Shock site also

What a waste, could’ve been a screwback based on the 1983 model with the legendary brick pattern. They really didn’t think this through.

Not sure
Reply to  Ben

“thinking” is not Casios strong suit lol. Hence all the great G-Shock models ruined by nearly invisible negative displays. I still bought this one though lol