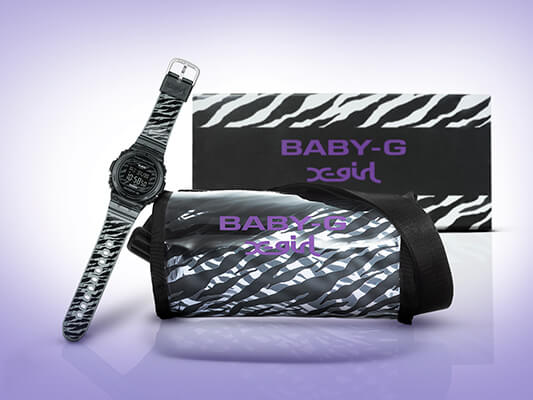 XLARGE sister brand X-girl is teaming up with Casio for the release of the Baby-G BGD-570XG. Based on the slim retro-styled BGD-570 featuring 200-meter water resistance, this custom watch features a dark zebra stripe pattern on the face and band along with X-girl logos on the face and band keeper. According to Casio, the band is a semi-transparent gray color. The stainless steel case back features the X-girl graphic logo by Mike Mills with the tagline “There is no time like the present.” The watch comes in a special box and includes a co-branded and transparent zebra-striped bag with a shoulder strap.

X-girl was founded in 1994 by Kim Gordon of Sonic Youth and Daisy von Furth and, like Baby-G, celebrates its 25th anniversary this year. 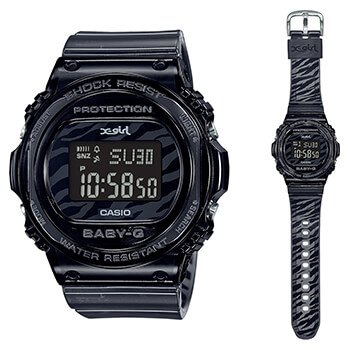 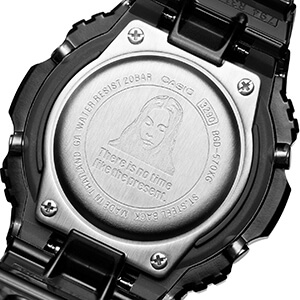