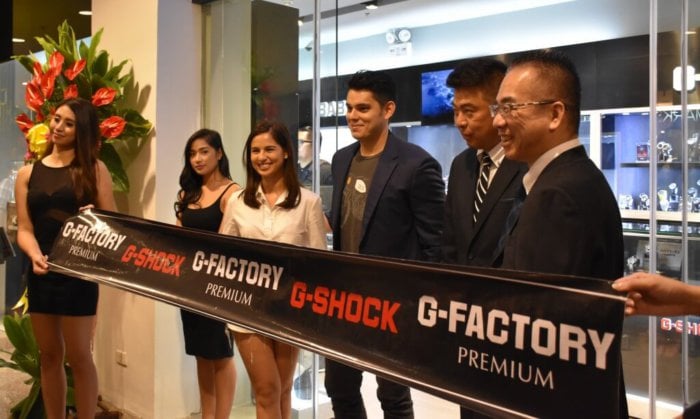 Casio recently celebrated the opening of a new G-Factory Premium G-Shock store in the Philippines, the second G-Factory Premium concept store in the world after a Singapore opening in 2013. The store opened on September 29 on the second floor of the Greenbelt 5 mall in Makati City, Manila Metro. The G-Factory Premium store carries a large selection of G-Shock watches including high-end models like the recent Mudmaster GWG-1000 and MTG-G1000. The store also carries the top of the line G-Shock MRG-G1000 and the Baby-G line for women. The store also offers other Casio watches from the Edifice and Oceanus lines. See more photos from the grand opening at 2nd Opinion, Speed Magazine, and YugaTech.