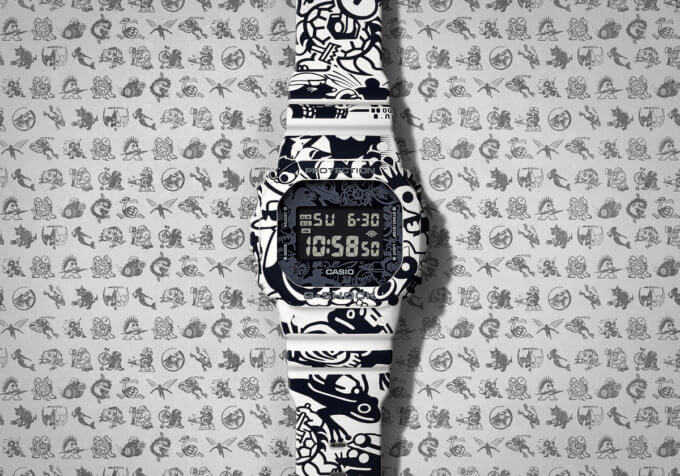 The G-Shock DW-5600GU-7, announced for a July 2022 release in Japan and Asia, features a unique printed pattern consisting of 18 character drawings from the engraved case backs of current and past “Master of G” models, giving it an artistic camouflage style. The black pattern appears on the white bezel and band, and extends to the black face in gray. The band keeper is translucent resin, allowing the underlying pattern to be visible. The limited edition watch comes in a matching box and tin case.

Master of G is the professional grade of G-Shock watches designed for land, sea, and air and includes the “man” and “master” models such as the Frogman, Rangeman, Mudmaster, and Gravitymaster. Master of G watches are known for their innovative and advanced functions that set them apart from basic models.

There will also be DWE-5610-UNIVERSE limited edition parts available (in white, blue, and red) in early August at the custom My G-Shock online shop in Japan, with a complete set costing 18,700 yen (tax-included). 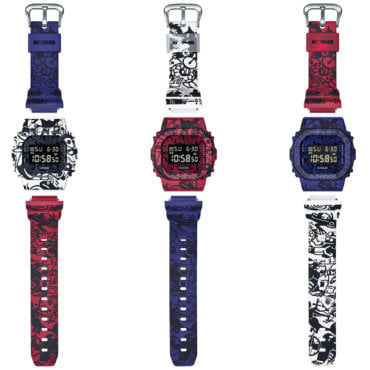 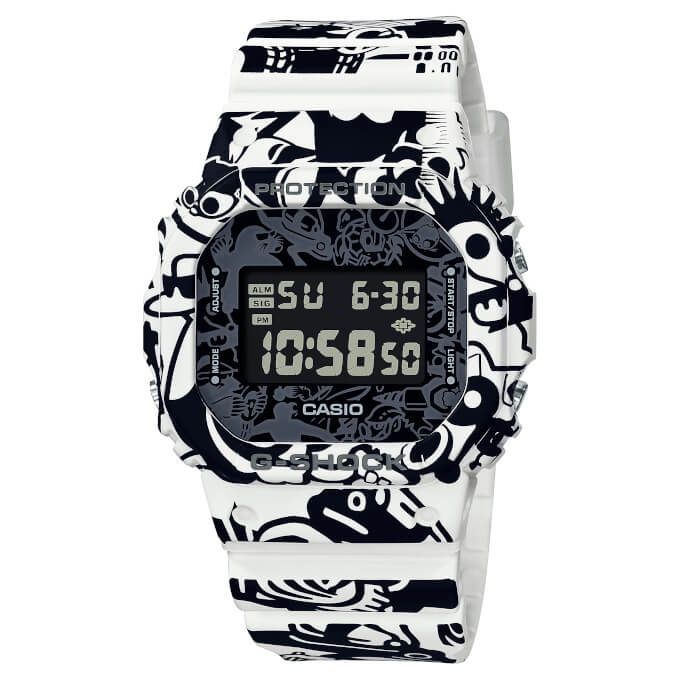 Drawing on the brand’s history of introducing technologically advanced watches, the artistic black and white pattern of the DW-5600GU-7 is sure to please longtime G-Shock fans. 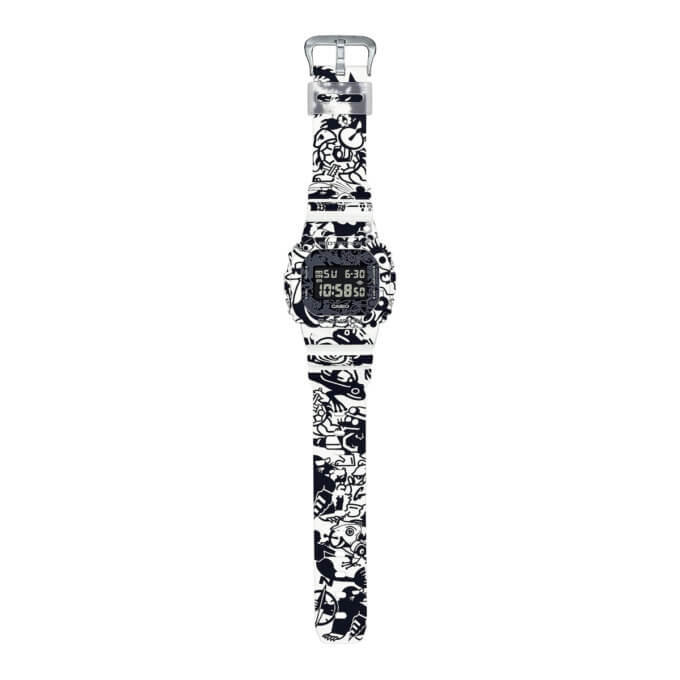 G-Shock 2016 Gift Guide: Top Releases of the Year
Disclosure: G-Central is independently managed by fans and supported by ads. We may earn a commission on purchases from our links to Amazon, eBay, and Reeds Jewelers.