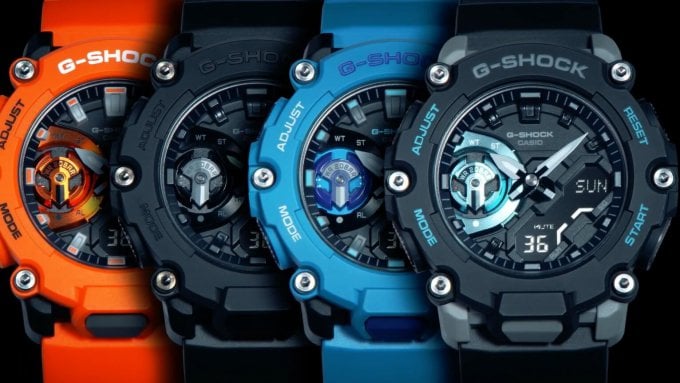 The G-Shock GA-2200 is an all-new Carbon Core Guard model featuring a lightweight carbon fiber reinforced case. The structure and layout resemble the GA-2000, but with a rugged industrial style that is more in line with the GA-900. The watch has an analog-digital display, six front screws, and a front light button. The bezel shape and front screws gives it the appearance of a resin version of the GST-B300. The functions are expected to be similar, if not the same, as the GA-2000. Like the GA-2000, the GA-2200 has a backlit LCD display, as seen in an official G-Shock Facebook post (meaning the background of the LCD is illuminated when the light is activated), which is an advantage over older analog-digital models like the GA-100/110. 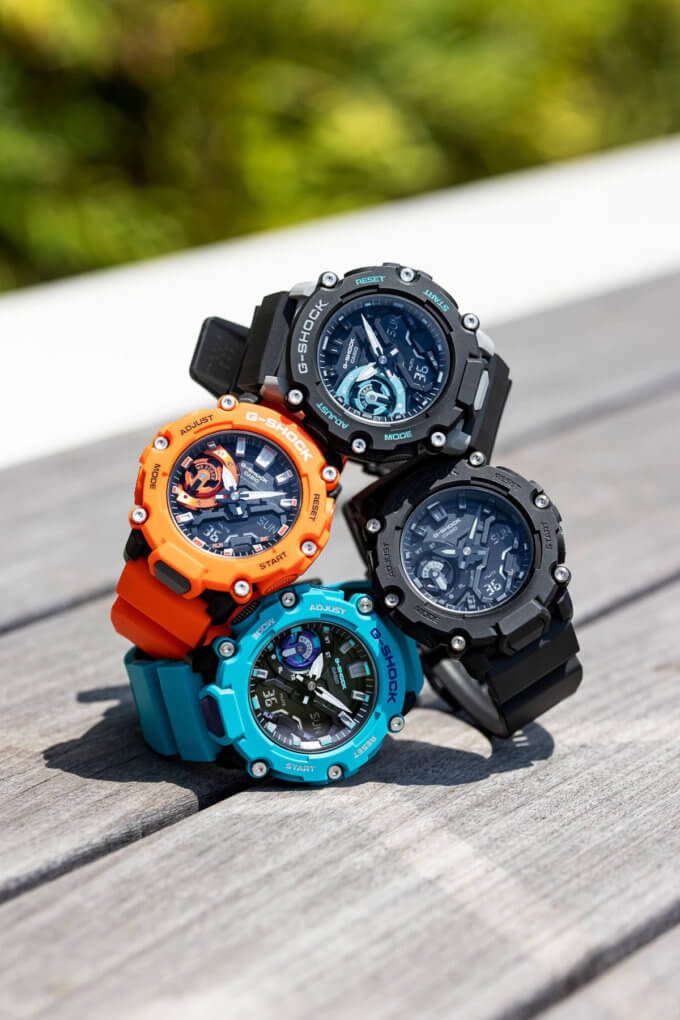 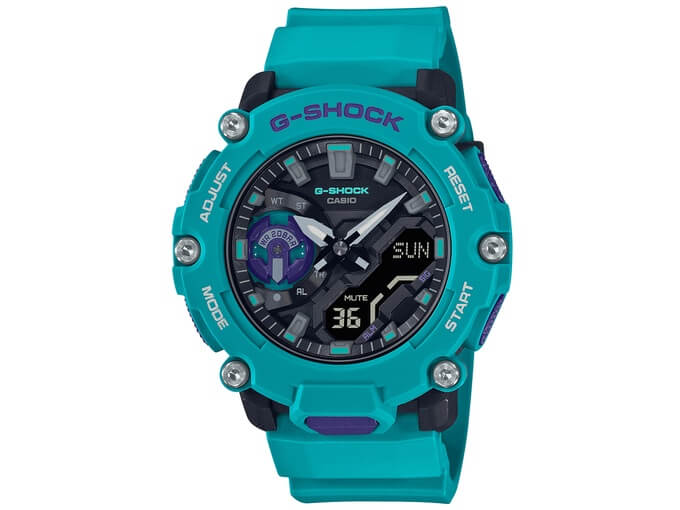 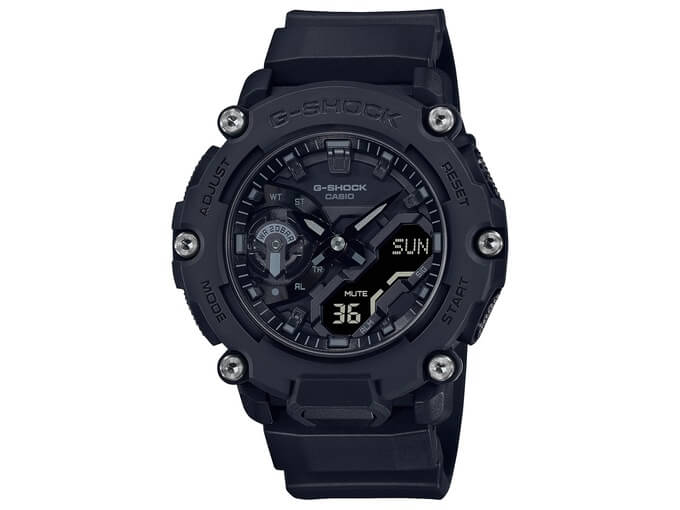 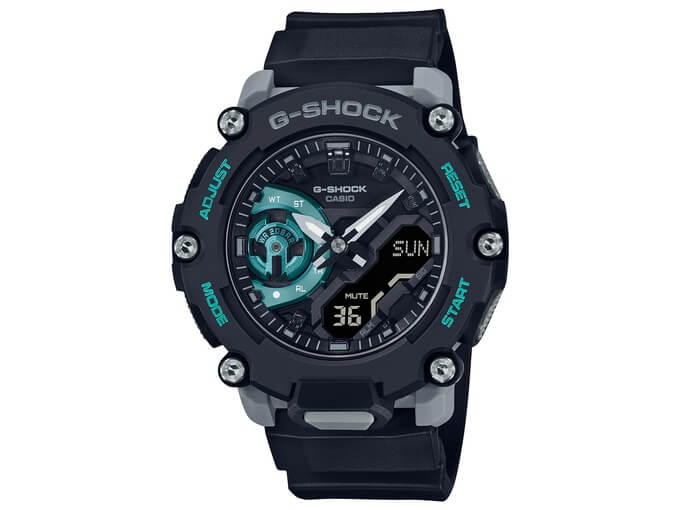 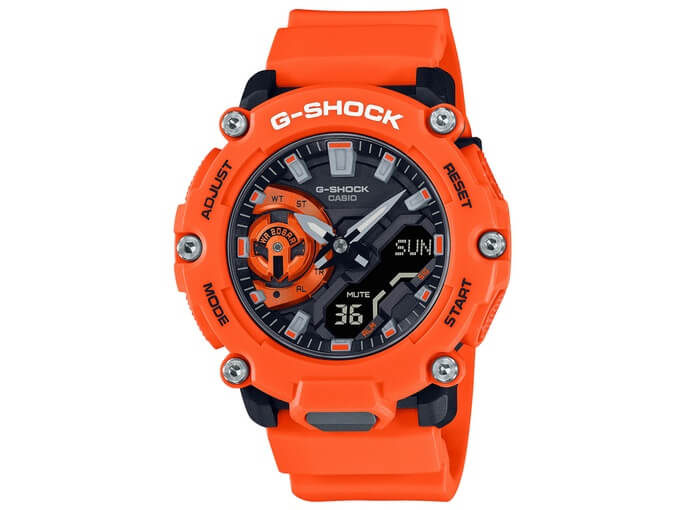 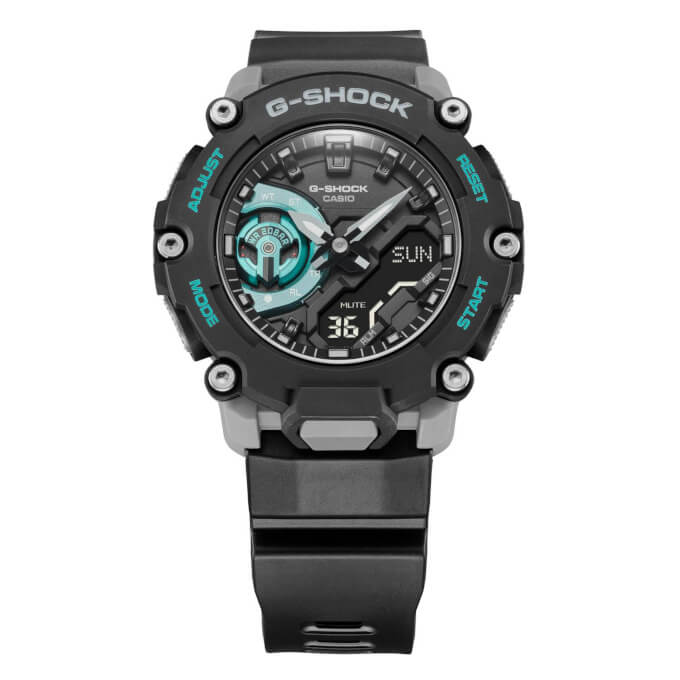 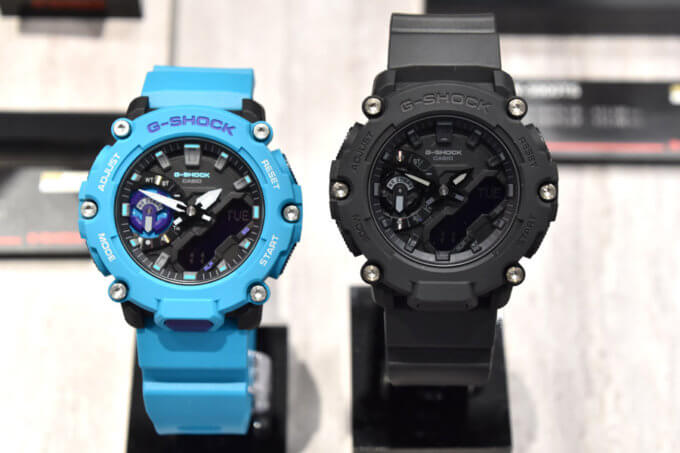 G-Shock Color Origin Tributes: Yellow DW-5600REC, DWE-5600R Carbon Core Set, Blue/Green DW-5600RB
Disclosure: G-Central is independently managed by fans and supported by ads. We may earn a commission on purchases from our links to Amazon, eBay, and Reeds Jewelers.