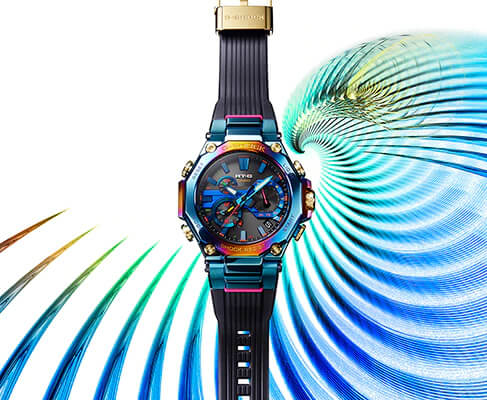 G-Shock is releasing the MTG-B2000PH-2A this summer, which is based on the mythical Blue Phoenix, a symbol of immortality and rebirth. The watch features a rainbow ion plating on the bezel and case, a multi-colored dial, and a translucent band.

To achieve its unique look, the bezel and case have a light blue ion-plating, over which gradations of yellow to red are applied to the middle sections. This process results in unique color variations in which no two watches are exactly alike. The dial has pink and orange accents, and the translucent silicone band is navy blue. (Although the band looks opaque and black in the images, Casio states that it is translucent and blue. Kakakumag confirms that the band is dark but translucent.) These colors evoke the image of the Blue Phoenix rising from the ashes and flames. 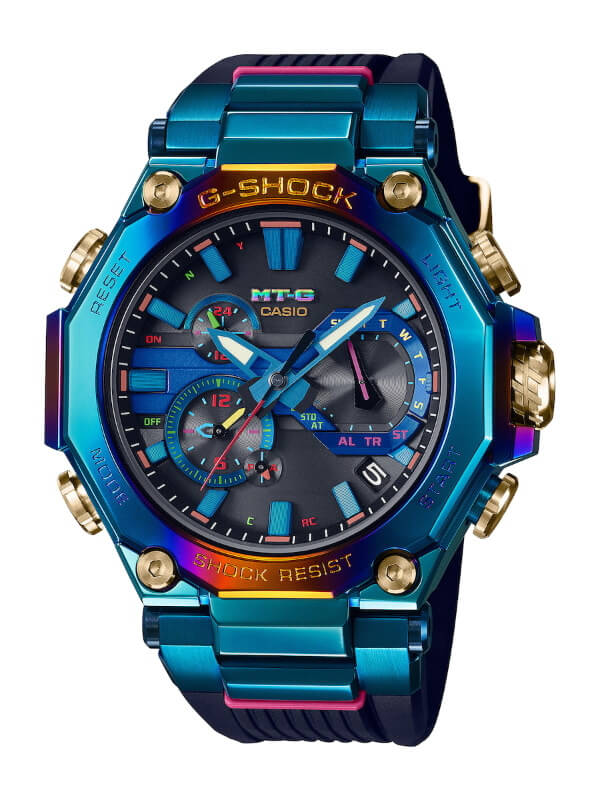 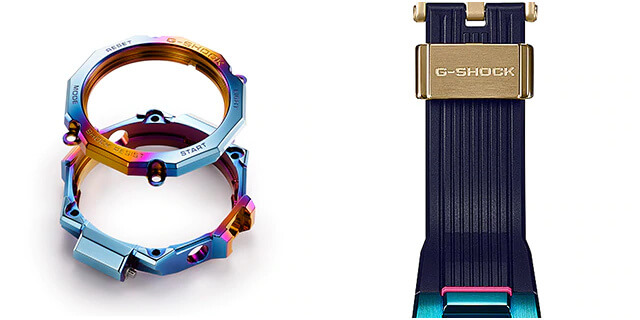 Development of the G-Shock MTG-B2000PH Video:

Baby-G BGD-560WL Winter Landscape Series with Snowflakes
Disclosure: G-Central is managed by fans and supported by ads. We may earn a commission on purchases from our links to Amazon, eBay, and Reeds Jewelers.