The Casio Official Online Shop in Japan added new G-Shock and Baby-G ranking pages, based on sales data from the shop. The site previously released rankings for the first and second half of the year, but now it is offering weekly, monthly, and annual rankings. The weekly rankings are updated on Monday.

While not indicative of the rest of the world, the rankings give some insight into the Japanese market, and it is interesting to see how the new models are faring. Paired model sets are very popular in Japan, as well as limited edition models and inverted displays.

GAW-100 models have also been selling well, which we recently learned are being issued by the United Kingdom’s Ministry of Defence.

View the G-Shock and Baby-G Rankings at www.e-casio.co.jp 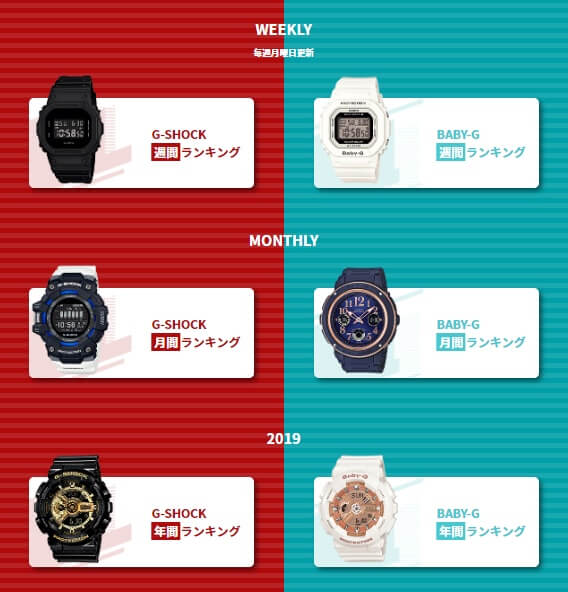