It’s almost football season and that means more unofficial NFL team color G-Shock watches. In summer 2014 the Big Case Crazy Color series was inspired (unofficially) by NFL football teams, and that football-themed trend is set to continue with more Crazy Color watches for August 2015. Here are the new models coming soon as well as the previous colors from last year. Bookmark this post and check back later to see when the new watches become available.

The green and yellow GA400CS-9A is the perfect watch for cheeseheads as it matches the Green Bay Packers uniform and has one of the boldest G-Shock cases. 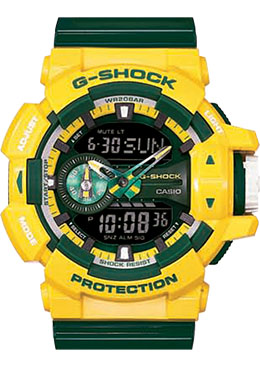 The blue, orange, and white colors of the GA400CS-7A are a perfect match for the Denver Broncos. 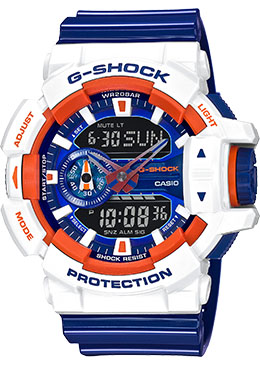 The purple, yellow, and white of the GD120CS-6 is a solid match for the Minnesota Vikings and possibly one for the Baltimore Ravens too. It even has a purple reverse display. The Ravens seem to use more of a gold trim but the yellow might work. This watch has white bands and a yellow band keeper as seen in this video. These colors also match LSU and the Los Angeles Lakers purple and gold team colors. 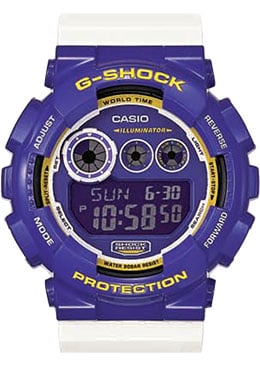 There’s no mistaking the black and gold theme of the GD120CS-1 as a match for the New Orleans Saints. It also has the most mainstream appeal of all the new Crazy Color models with its relatively normal color scheme. 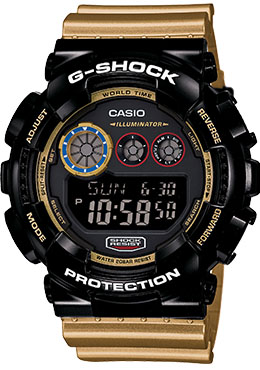 Here are the previous Crazy Color releases from summer 2014. It may be wise not to hesitate on buying these as they will become increasingly hard to find.

The blue and silver G8900CS-8 makes a solid match for the several teams like the Seattle Seahawks, Dallas Cowboys, and Detroit Lions. 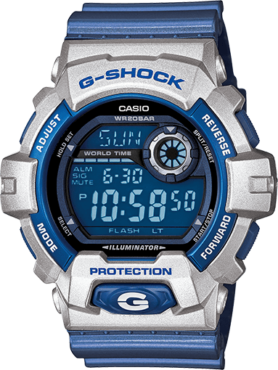 The patriotic red, white, and blue design of the GDX6900CS-7 is a perfect match for the Buffalo Bills, New England Patriots, and New York Giants. Also see the recently released maritime tricolor series with four watches available in red-white-and-blue. 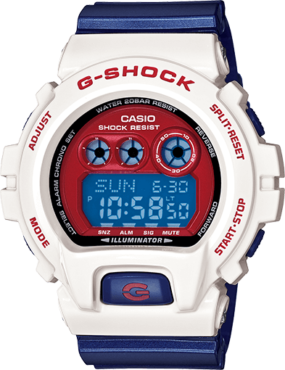 The black and yellow design of the GA100CS-7A matches the always tough-looking Pittsburgh Steelers uniform. It even has red and blue text to match the Steelmark colors on the helmet. 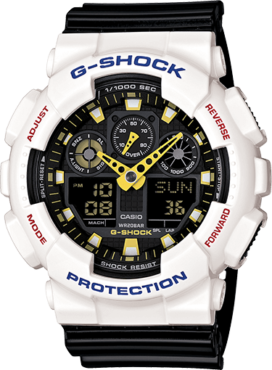 The GA110CS-4A matches the iconic red and gold colors of the San Francisco 49ers and is also known as the “Iron Man” G-Shock. 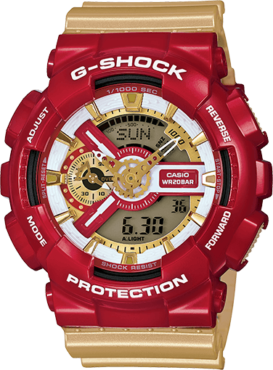 The green and white G8900CS-3 matches the New York Jets and also the Boston Celtics. 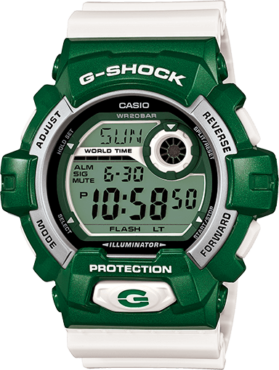 The red and yellow GA100CS-9A matches the Washington Redskins and also the USC Trojans. 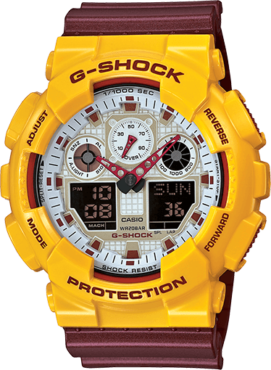 The blue and yellow GA400-9B is not part of the Crazy Color series but it makes a fine team watch for the St. Louis Rams, Michigan, or the Golden State Warriors. 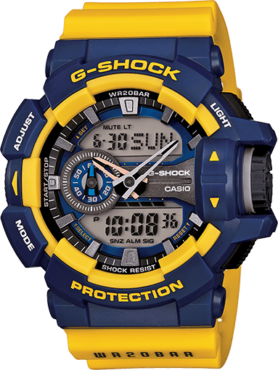 Team G-Shock & Baby-G Athletes in the 2020 Summer Olympics
Disclosure: G-Central is managed by fans and supported by ads. We may earn a commission on purchases from our links to Amazon, eBay, and Reeds Jewelers. Please follow your country's official G-Shock site for additional release information.

Will you be having the Seahawks colored watches out soon?