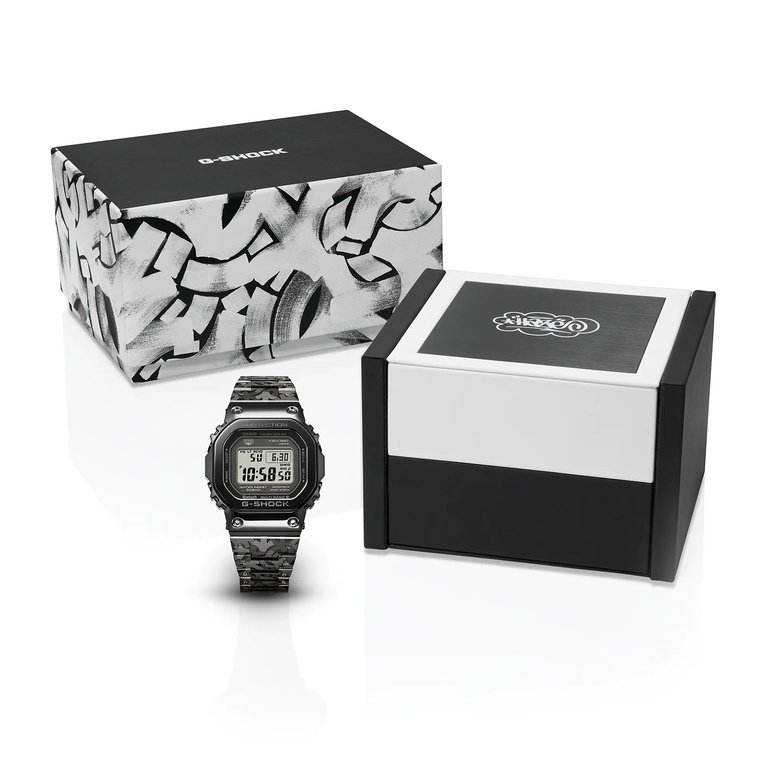 The watch has a black ion plated bezel and band and a subdued face style in shades of gray. The stainless steel band is laser-etched with a pattern of Haze’s signature asterisk-like motif. The low-DPI style of the etching gives the pattern a unique look that resembles digital camouflage. The artist’s graffiti tag appears in red on the LED backlight, and the watch has a 40th Anniversary DLC-coated case back. As a deluxe GMW-B5000 model, the GMW-B5000EH-1 is made in Japan. The GMW-B5000 series was originally released in 2018 during the 35th Anniversary and is a full metal version of the original G-Shock DW-5000C from 1983, with enhanced features like Tough Solar power, Multi-Band 6 auto radio time correction, and Bluetooth smartphone link. 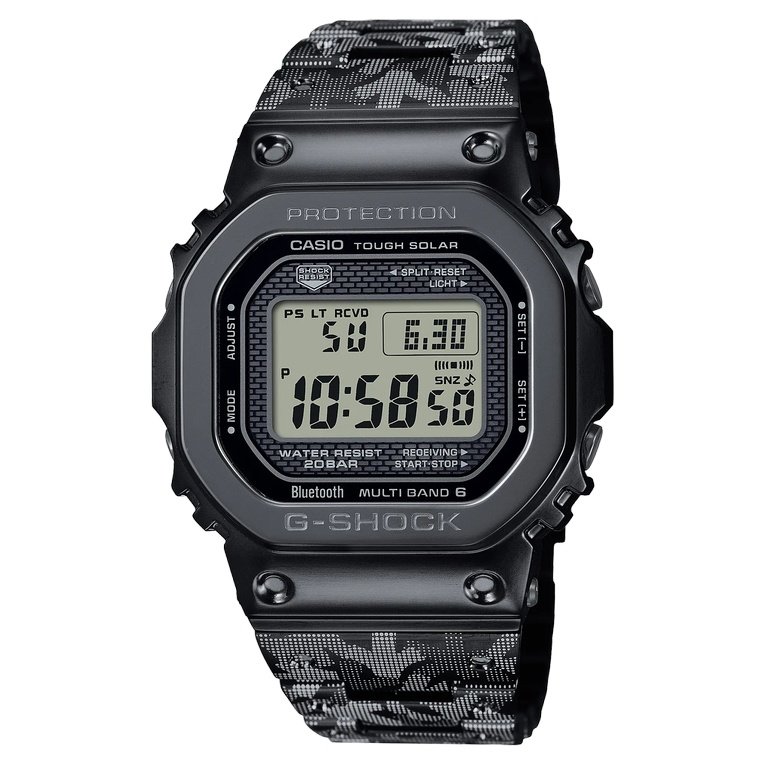 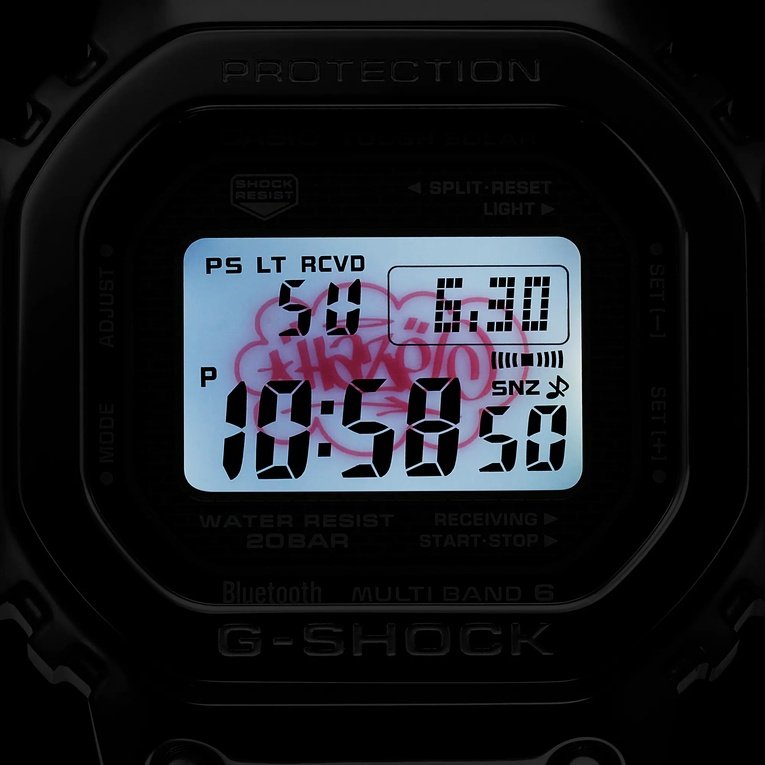 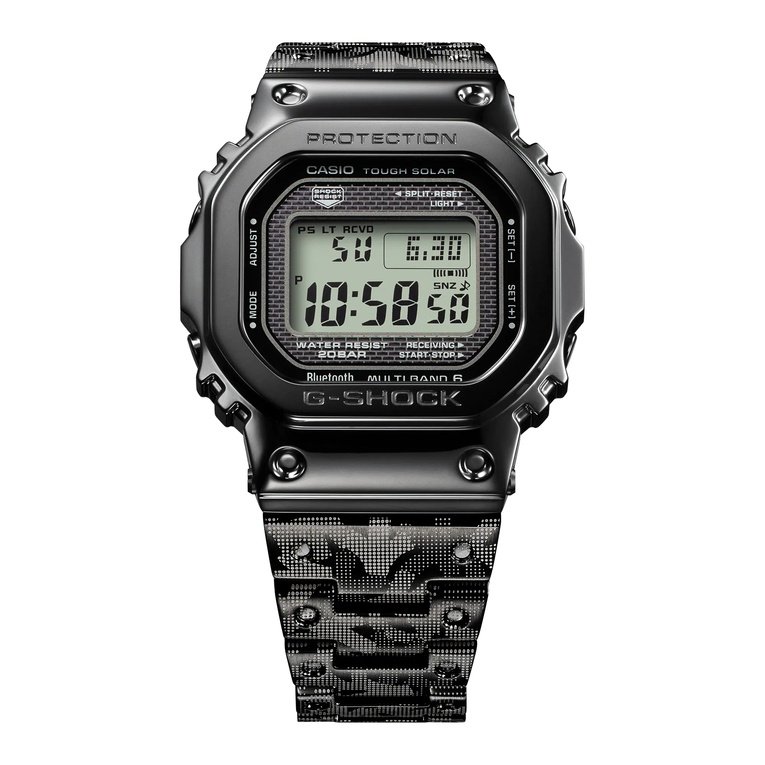 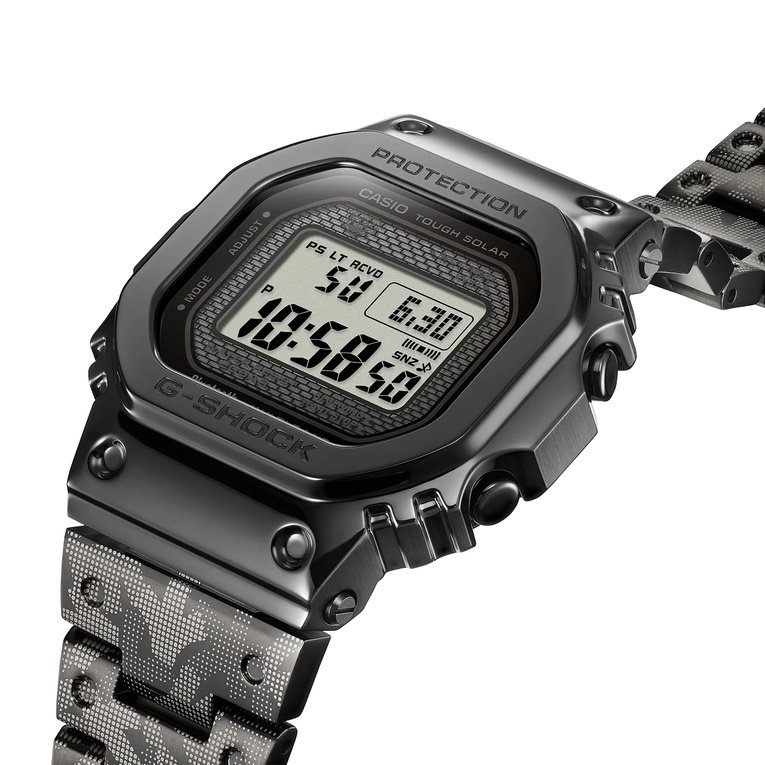 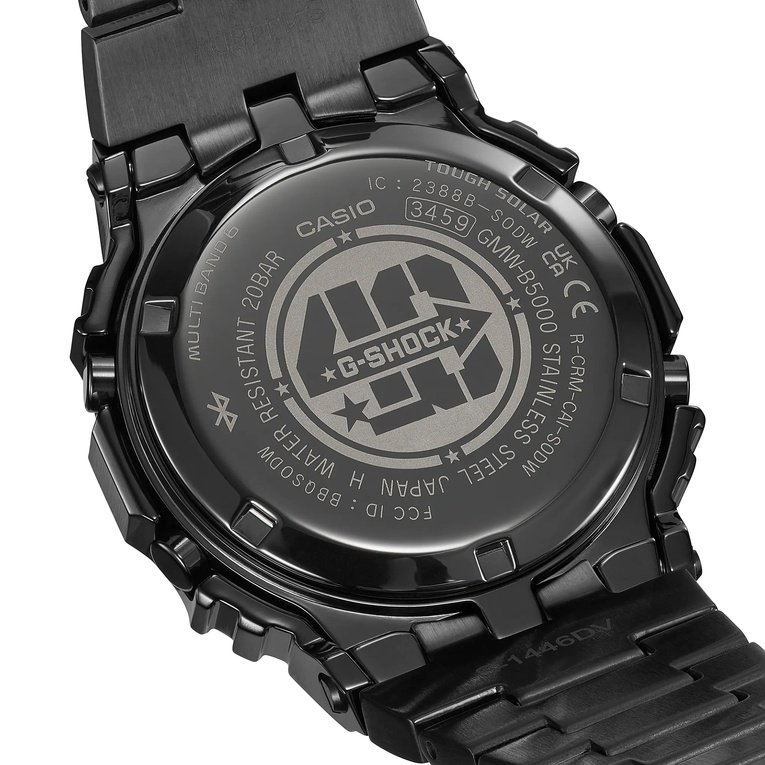 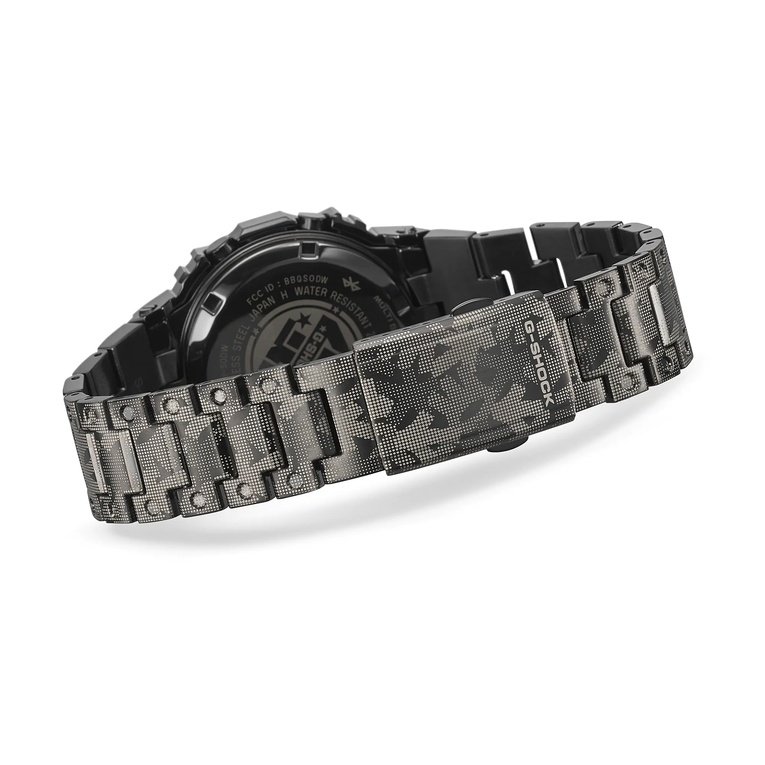 Matte black full-metal G-Shock GMW-B5000MB-1 Multi-Finish
Disclosure: G-Central is managed by fans and supported by ads. We may earn a commission on purchases from our links to Amazon, eBay, and Reeds Jewelers. Please follow your country's official G-Shock site for additional release information.

According to Hodinkee Shop, this one has a sapphire crystal. Which is confusing. The official Casio site also stated mineral glass.

I would assume Hodinkee is wrong. For GMW-B5000, only titanium GMW-B5000T models have had a sapphire crystal in the past.