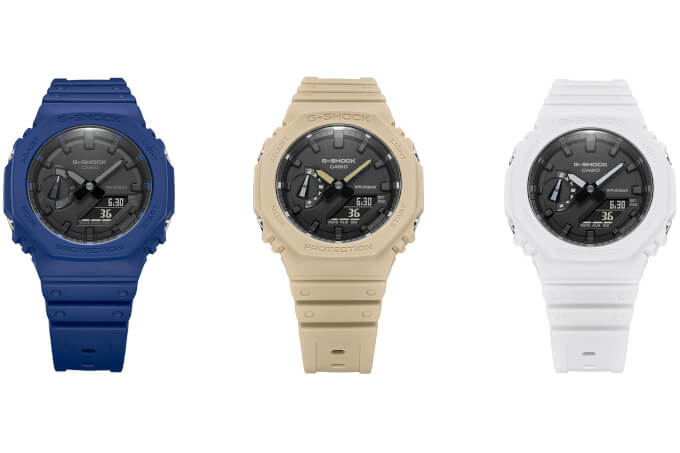 August will be a “CasiOak” bonanza, with ten new G-Shock 2100 series watches slated for release. We previously covered the all-new stainless steel metal-covered GM-2100 and GM-S2100 series, which make up seven models. The remaining three are basic colorways of the resin and carbon GA-2100 series, which is also known as the slimmest current G-Shock watch for men.

The similarity to the Royal Oak is the result of combining the octagonal bezel of the origin 5000/5600 series with a round analog display. Casio’s intention was to embody the spirit and functionality of the classic 5000 series in a mid-sized analog-digital version, and they greatly succeeded with a watch that is lightweight, comfortable, and stylish. 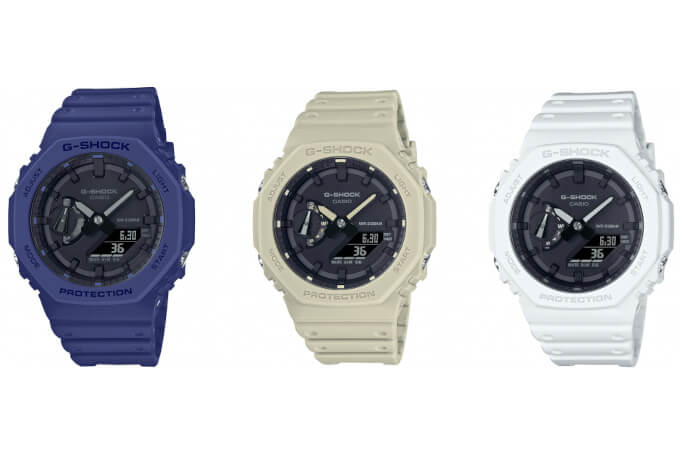 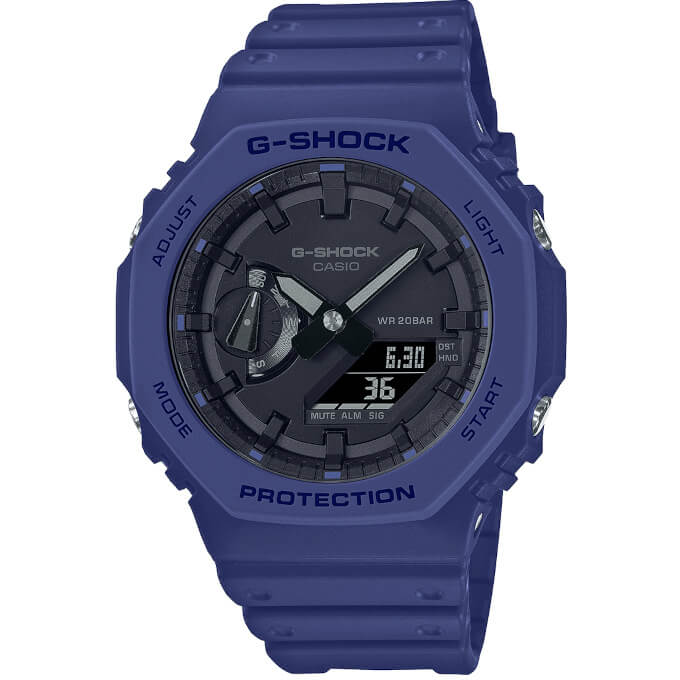 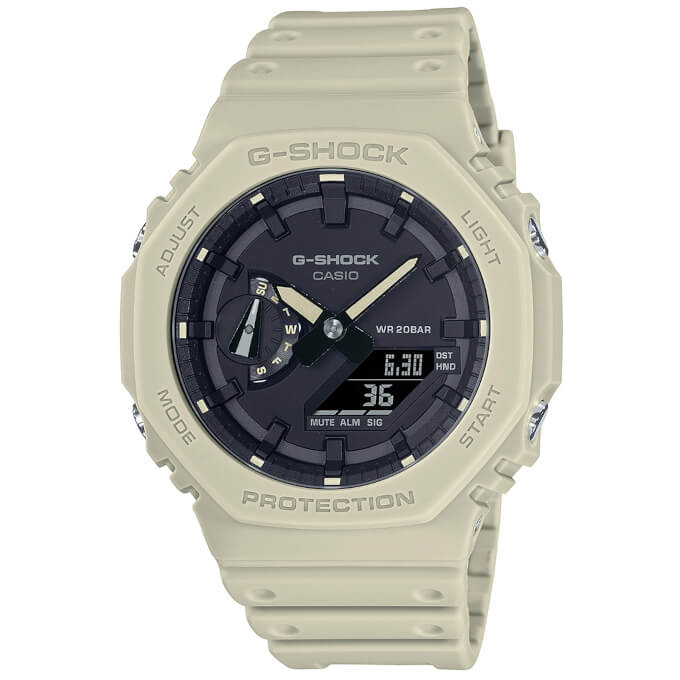 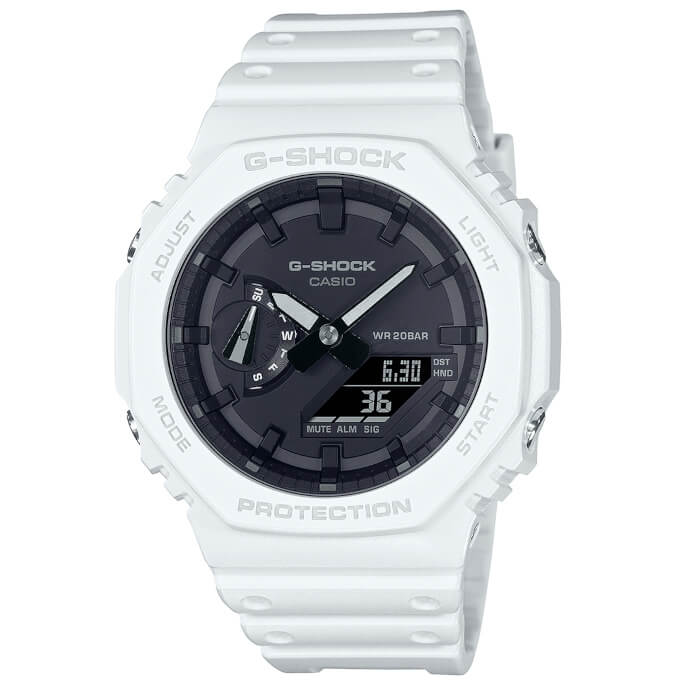 According to this video https://youtu.be/IBU0iXEGj3k
These 3 models are made in China, I was not aware of that. Are others ga2100 assembled in China as well?

I believe all the previous GA-2100 models were made in Thailand, but it’s always possible that the production location can change for previous models, or that it can be produced in more than one country.

At gshock.com, I noticed that the case back on the GA2100-7A says cased in Thailand, unlike the China-cased one from Gsyoku’s video. It’s possible that some models are made in two countries simultaneously, and I think it’s possible that the U.S. is getting the ones from Thailand.
https://www.gshock.com/watches/analog-digital/ga2100-7a

This video also shows a U.S. version GA2100-7A that says “Cased in Thailand.” Can’t see it clearly but you can tell by where the letters are for the end of “Thailand” compared to the China version. https://www.youtube.com/watch?v=NdIjzYT01KY