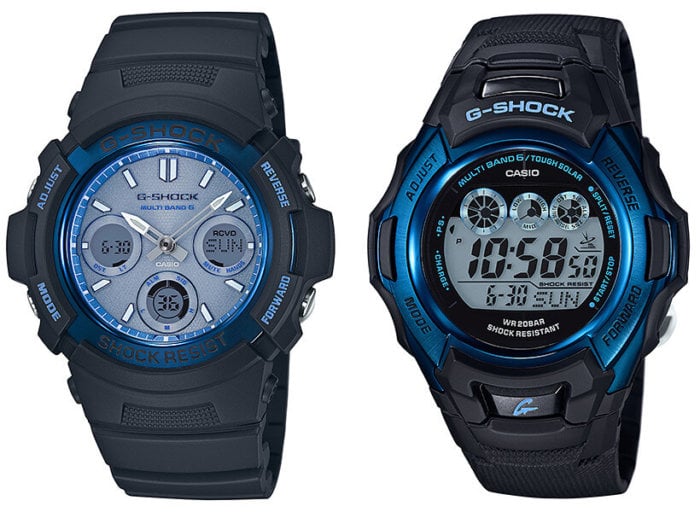 G-Shock Japan released two new JDM-only Fire Package models for February 2016, the AWG-M100SF-2AJR and GW-M500F-2JR. Both models are Tough Solar/Multi-Band 6 watches featuring black resin and stainless steel bezels treated with a sky blue ion plating. The base AWG-M100 model is a popular analog-digital G-Shock while the GW-M500 is known for its large high-visibility LCD display. Both watches are standard-size (not extra-large) G-Shock models.

Update: The analog-digital AWGM100SF-2A is now part of the G-Shock USA lineup with a retail list price of $150. It probably does not include the special box. The GWM500F-2 was also released in the U.S. with a list price of $130. 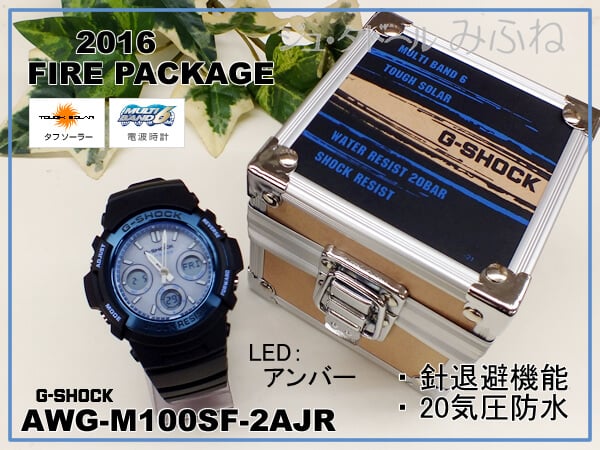 (Non-Japan versions do not include the special case.) 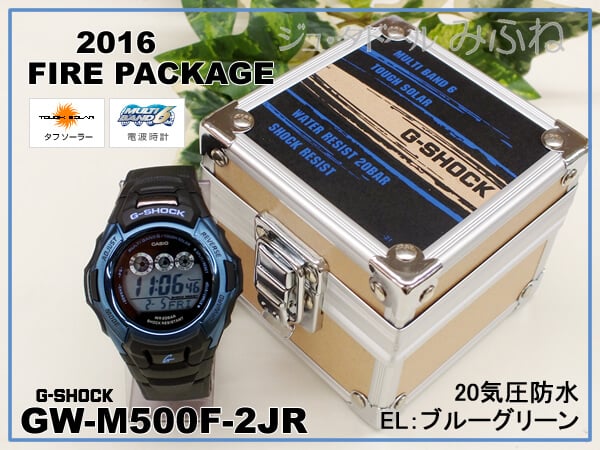 (Non-Japan versions do not include the special case.)

G-Shock Color Skeleton Series with Fluorescent Accents
Disclosure: G-Central is independently managed by fans and supported by ads. We may earn a commission on purchases from our links to Amazon, eBay, and Reeds Jewelers.