Continuing the metal-covered GM-110 series is the G-Shock GM-110RB-2A, which has a unique combination gold and rainbow IP. Unlike other rainbow models with the rainbow IP covering the entire bezel, such as the GWF-A1000BRT-1A and MTG-B1000VL-4A, the GM-110RB-2A is unique in that the right and left sides of the bezel have a traditional gold IP, while the middle section has a rainbow IP that is aligned with the bands. Following the rainbow theme, the dial is multi-colored, and the watch has a blue upper band and a red lower band that appear to have translucent properties.

Though the “JF” suffix of its Japanese model name GM-110RB-2AJF suggests that this model is not a limited edition, it will command a premium price of 32,000 JPY (excluding tax) in Japan (compared to 27,000 JPY for the GM-110G-1A9JF with gold IP). The GM-110RB-2AJF will be released in September 2020 in Japan, and the GM-110RB-2A is expected to be released in other Asian countries and probably worldwide. 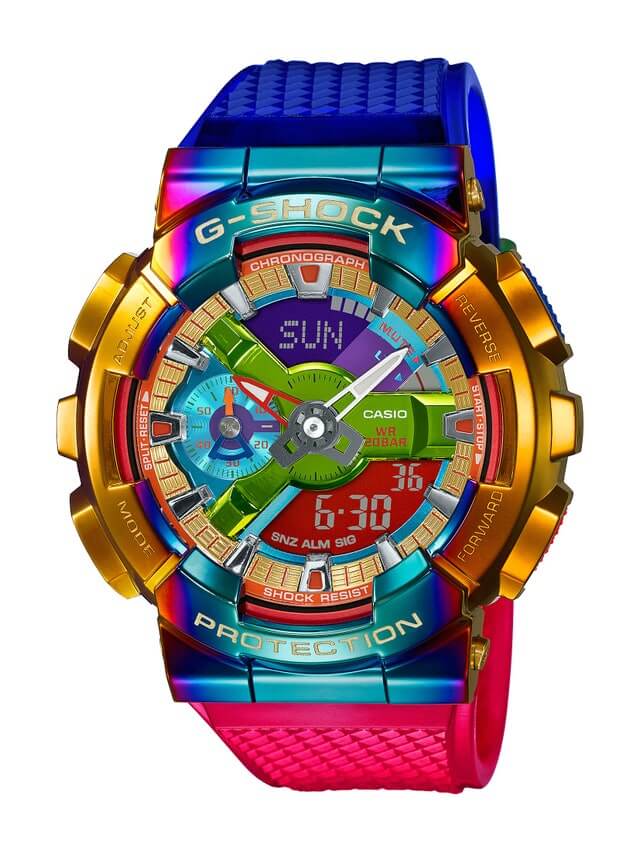 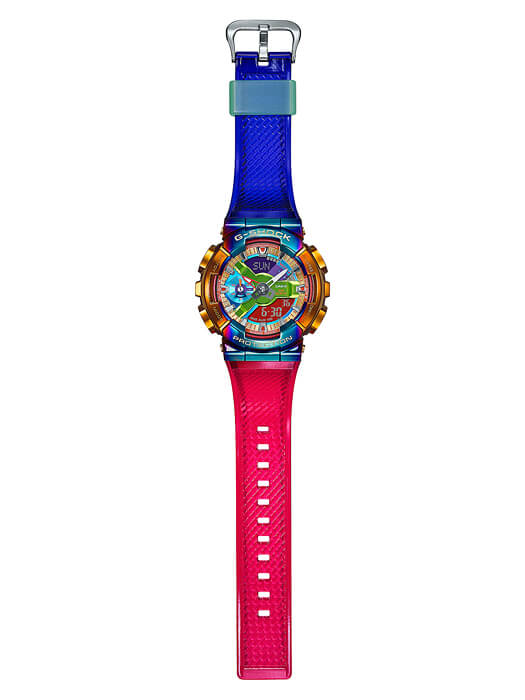