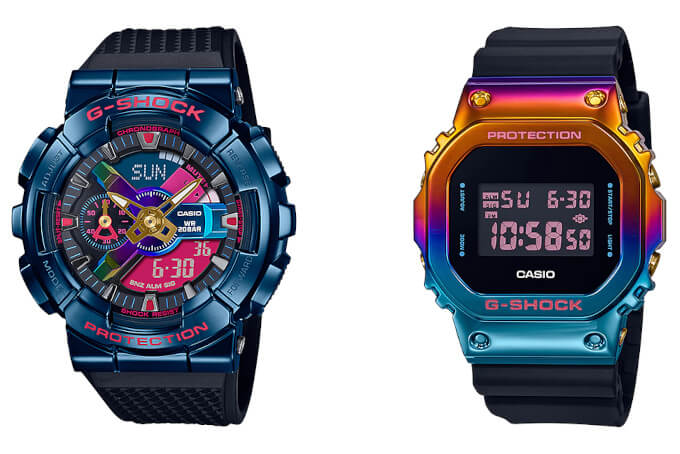 The G-Shock GM-5600SN-1 was previously thought to be a China-only model that was released with the GM-110SN-2A as part of a [email protected] collaboration known as the Shanghai Night Series. The GM5600SN-1 is now available in the U.S. at Reeds Jewelers for $260, and it is also expected to be available at gshock.com and other retailers soon. The analog-digital GM-110SN-2A is not expected to be released in the U.S.

The GM5600SN-1 features a stainless steel bezel with a rainbow IP, an inverted and pink-tinted LCD display, and a black resin band. It is designated as a limited edition, but it does not include the special [email protected] packaging or supplemental items like the China version. It does include an exclusive box and case with a city nightscape motif. 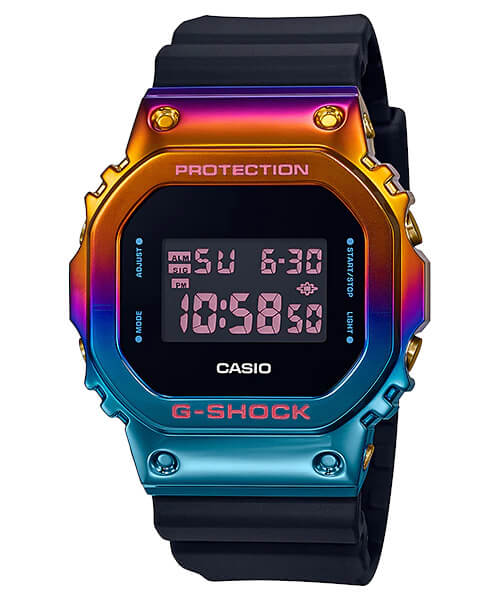 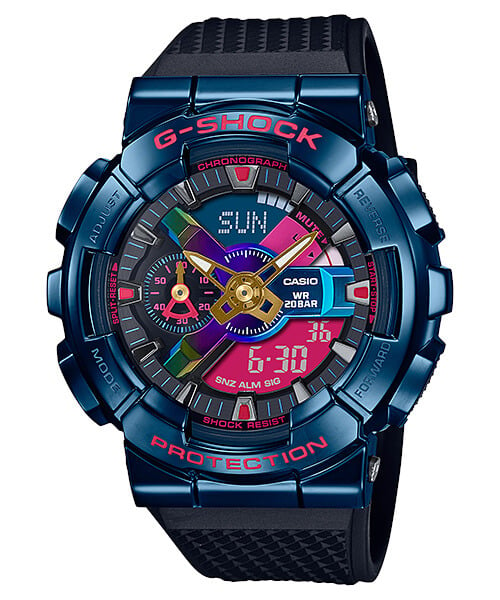 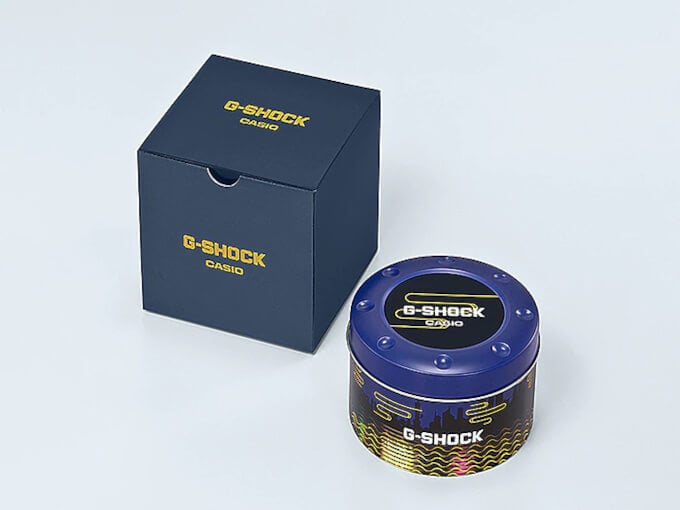