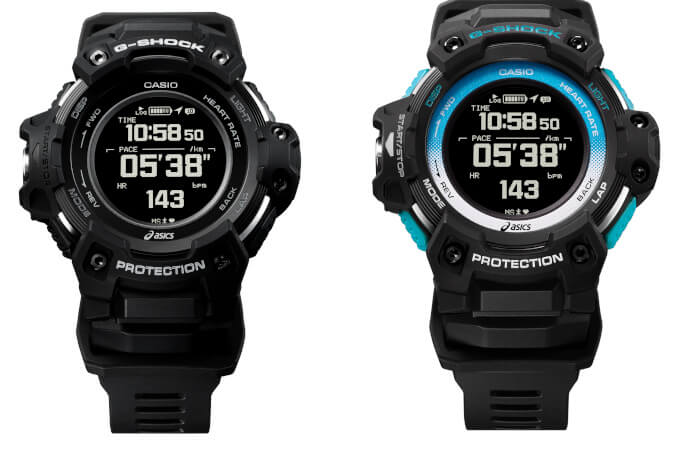 G-Shock Japan is releasing the first GSR-H1000 running watches that are available individually, unlike the initial GSR-H1000AS-1, which needed to be purchased as part of the GSR-H1000AS-SET that included the CMT-S20R-AS motion sensor. The motion sensor is also available to purchase separately. (It should be noted that the GSR-H1000 series has not been released outside of Japan, and the supported Runmetrix and Walkmetrix smartphone apps may not be available outside of Japan.)

The GSR-H1000AST-1JR (above right) and GSR-H1000AST-1AJR (left) were co-developed with Asics and have advanced running features. The watches are equipped with a heart rate monitor and GPS like the GBD-H1000, but do not have solar charging or environmental sensors like that model. The watches can be paired with the CMT-S20R-AS sensor to view running form data in real time, with an alert function to notify the user of form irregularities. The watches can also be used without the motion sensor and are compatible with the Runmetrix and Walkmetrix smartphone apps that were developed by Casio and Asics. 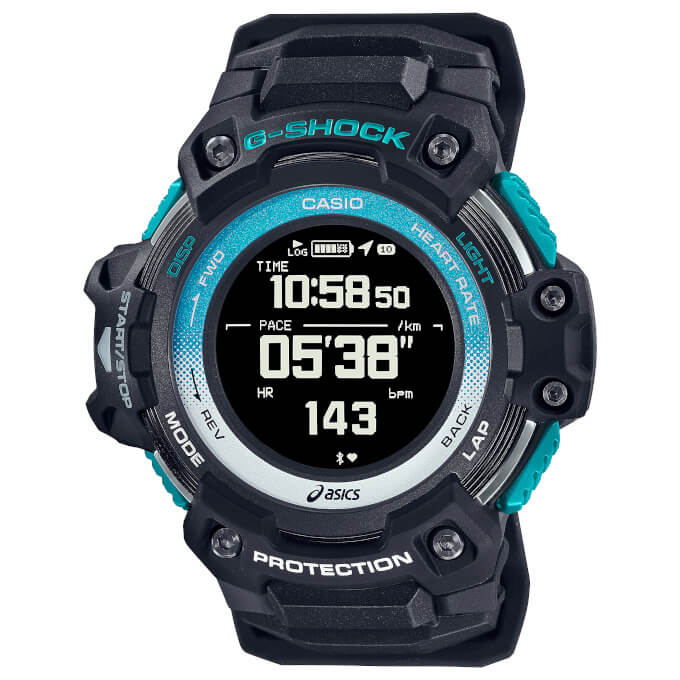 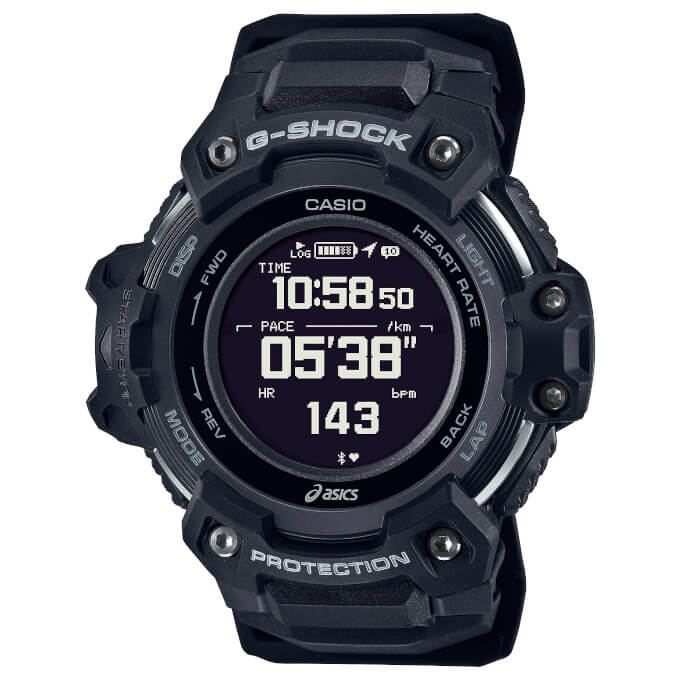 G-Shock GBD-H1000-1A4 & GBD-H1000-7A9 Sporty Skeleton
Disclosure: G-Central is managed by fans and supported by ads. We may earn a commission on purchases from our links to Amazon, eBay, and Reeds Jewelers. Please follow your country's official G-Shock site for additional release information.