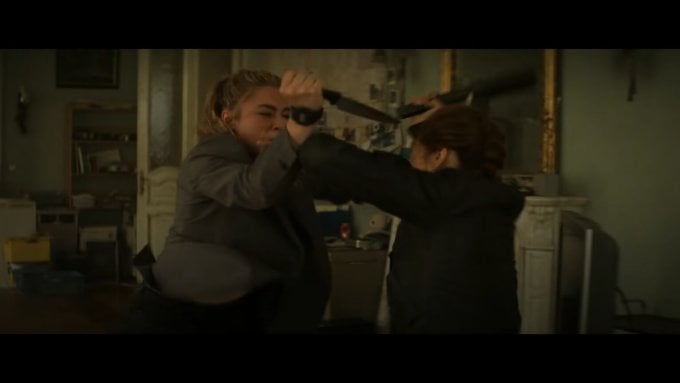 Thanks to G-Central visitor Stefan for alerting us to a G-Shock DW-5600BB-1 appearance in the Marvel Studio movie Black Widow. The watch is worn on the right wrist of the Yelena Belova character, who is played by Florence Pugh (Midsommar).

The watch is visible in the official teaser trailer and the official trailer in the shots seen here. It is more identifiable and clearly a DW-5600BB-1 in the full movie, during the apartment fight scene and the gas station scene in the first half. (Please watch the movie for a better look.) The popular DW-5600BB-1 is a “Basic Black” model featuring a stealthy appearance, with a minimalist face and an inverted LCD display. It is a men’s model, but it is also suitable for women. 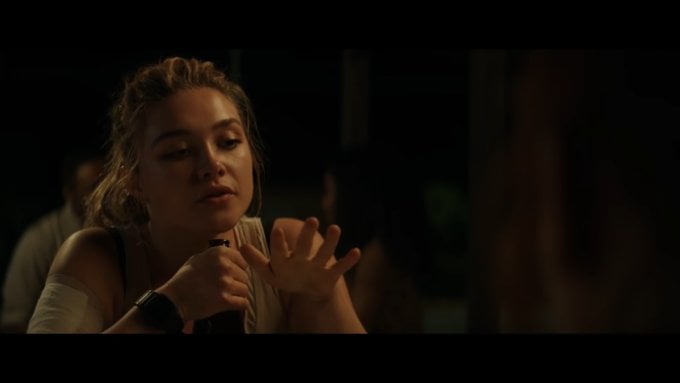 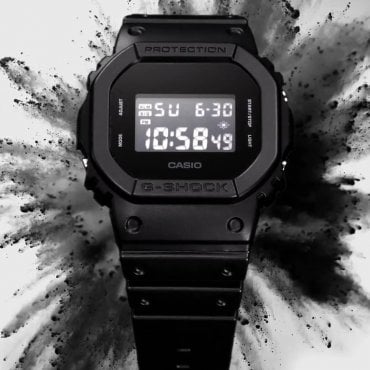