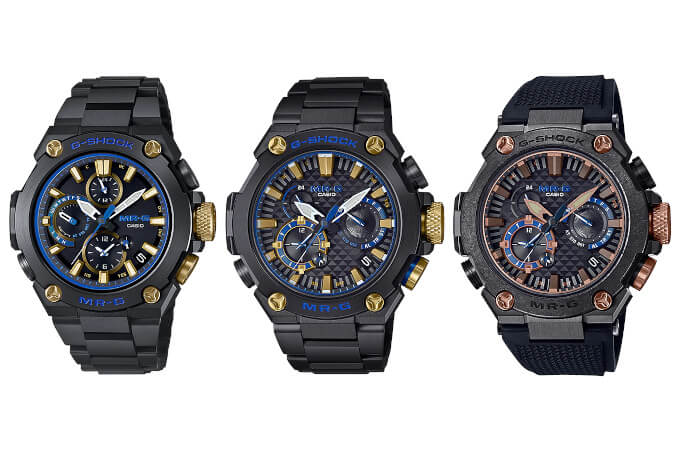 G-Shock announced three new models for the top-of-the-line MR-G series for February 2021 in Asia: the MRG-B1000BA-1A, MRG-B2000B-1A, and MRG-B2000R-1A. These watches feature a navy blue accent color that is inspired by the traditional Japanese “kachi-iro” color symbolizing victory. The color was often used by samurai warriors on their armor and helmets. The MR-G series is made in Japan at the Premium Production Line in the Yamagato Casio factory.

All three models are made of titanium with a deep layer hardening and a diamond-like carbon (DLC) coating for superior protection against scratches. All three also have sapphire glass with a non-reflective coating, Tough Solar power, Multi-Band-6 automatic radio time adjustment, and Bluetooth smartphone link. (The watches can be set up and operated without using Bluetooth at all.) 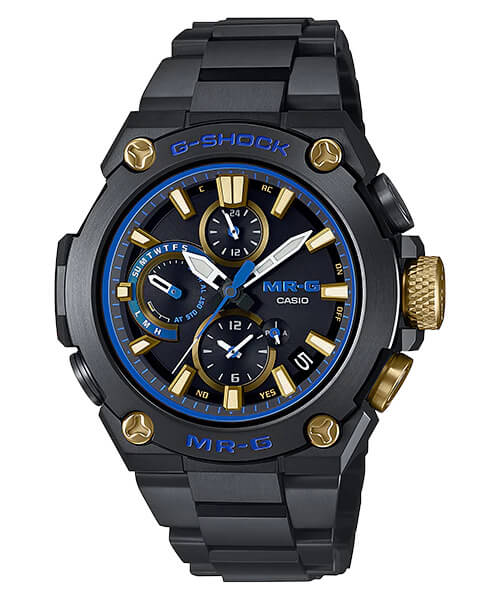 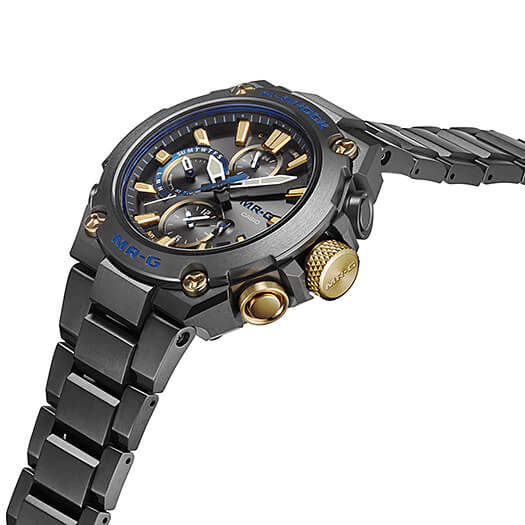 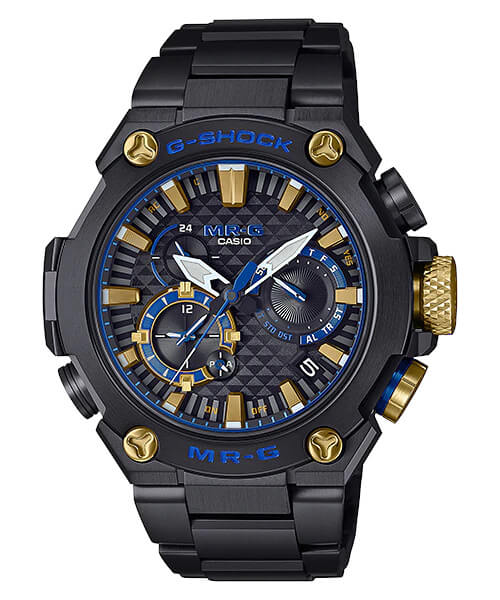 G-Shock MRG-B2000R-1A: The MRG-B2000R-1A has a Dura Soft Fluoro Rubber band with a one-touch folding clasp. The band has a Bishamon tortoise shell finish inspired by Bishamonten armor. The case is made of recrystallized titanium that results in a distinctive finish that resembles the “nie” crystals on Japanese sword blades. The watch measures 54.7 x 49.8 x 16.9 millimeters and weighs 138 grams. 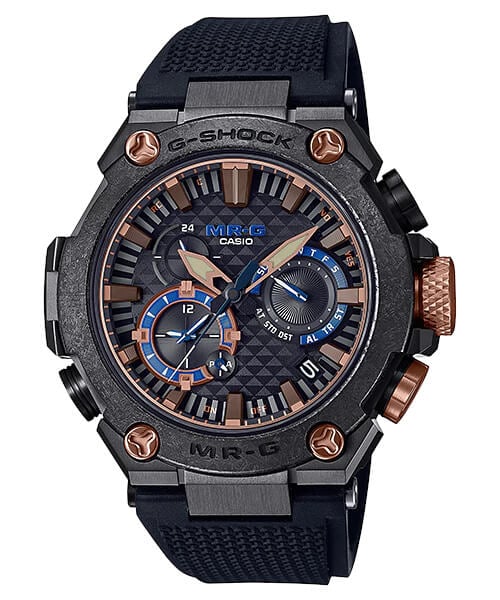