The PRW6600Y-1A9 was a March 2020 release in Japan and was not released in other Asian countries. In the U.S., it has a list price of $380. Notable features include Tough Solar, Multi-Band 6 auto radio timekeeping, Triple Sensor (altimeter-barometer, compass, thermometer), 100-meter water resistance, black IP stainless steel bezel, Durosoft silicone band, and full auto double LED light with the Neon Illuminator black light. 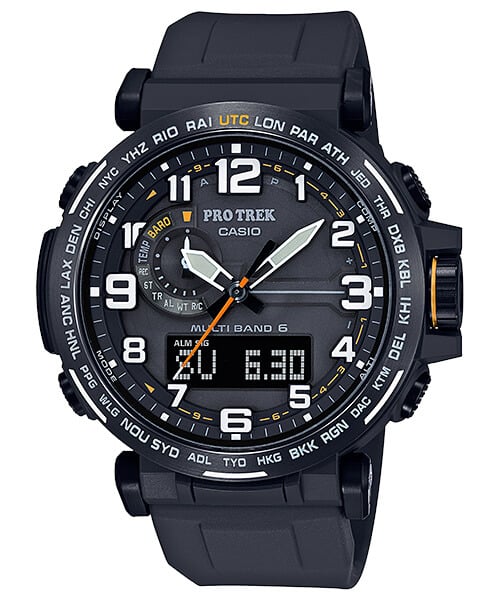 The PRG-600YB-1 and PRG-650YL-3 feature Tough Solar power and the Triple Sensor with a black IP stainless steel bezel. It’s not yet known if they will get a wider release.

The PRG-600YB-1 is a caving-themed model with a high-contrast, orange-accented colorway inspired by caving suit designs. The hour markers and bezel markings are embedded with a luminescent material for easy visibility in the dark. The cloth band is made of Maxifresh fabric that suppresses odors and the formation of bacteria. 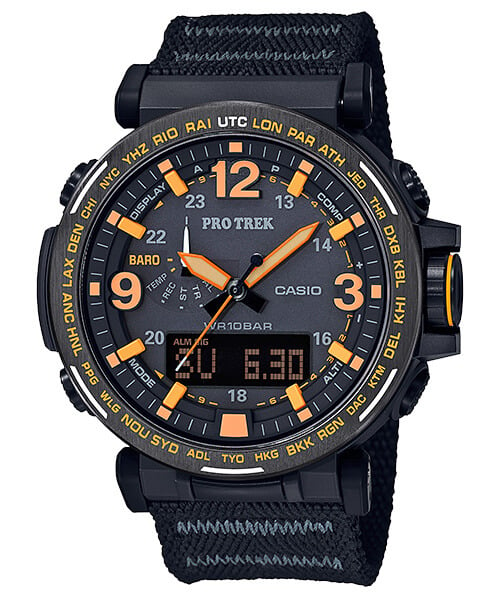 The PRG-650YL-3 is another caving-themed model with a leather band, luminescent hour markers and bezel, and a large luminescent center stripe on the band. This model has the Neon Illuminator black light LED for enhanced viewing in the dark. 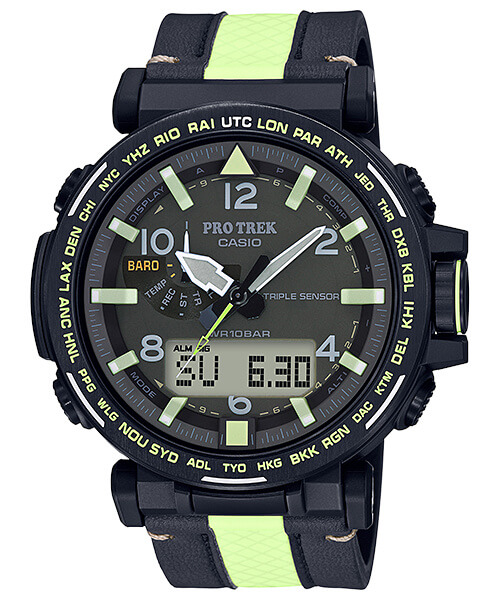