(Update: The DW-6900B-9 used to be known as a made-in-Japan model, but that is not the case anymore. One of our readers commented in another article that the DW-6900B-9 he purchased from Japan was made in Thailand, according to the case back. There is also a recent YouTube video showing another one that was made in Thailand. This model is not exclusively made in Japan anymore, but it continues to be sold in Japan only.)

Most G-Shock fans are familiar with the deluxe GW-5000-1JF but there is another Japanese tribute G-Shock that is much more affordable. The DW-6900B-9 is based on the classic DW-6900 model from 1995.

The DW-6900B-9 doesn’t have a full stainless steel inner case or screw-lock case back like the GW-5000-1JF (and there was never a screw-back model with the 6900 case), but it differentiates itself from the international DW-6900-1V model with its “FOX FIRE” label instead of “ILLUMINATOR” and “WATER 20BAR RESIST” instead of “WATER 200M RESIST.” The term “fox fire” comes from the bluish-green bioluminescence created by certain species of fungi, and in this case it refers to the electroluminescent backlight of the watch. The watch also has orange bezel lettering and a gold-tinted display. With its Japanese domestic market (JDM) status and unique exterior, the DW-6900B-9 is an affordable G-Shock collectible. 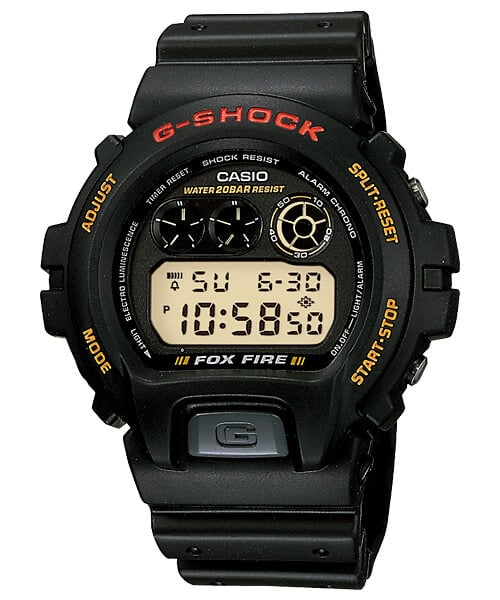 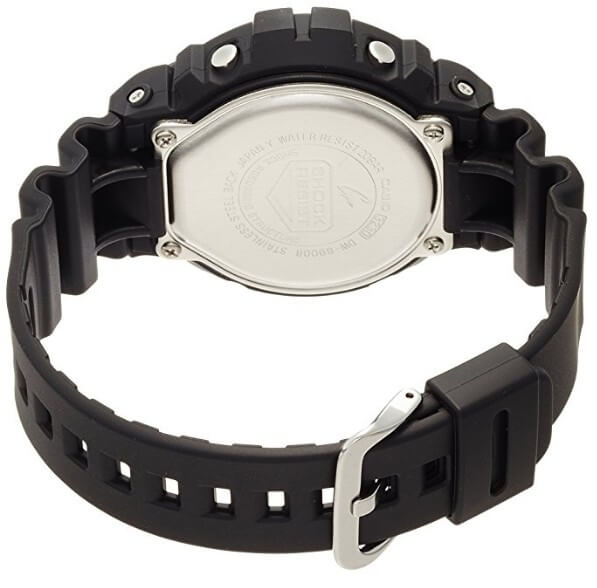