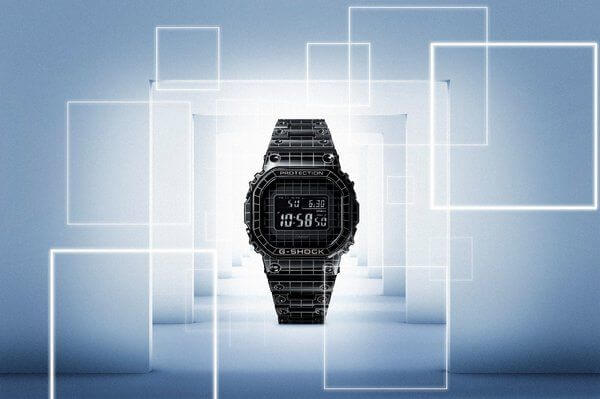 Casio officially announced the G-Shock GMW-B5000CS, a full metal luxury square model featuring a laser-carved grid design on the case and band. The GMW-B5000CS was previously revealed at Casio’s latest product exhibition in Tokyo, but its identity was a mystery to most people until now.

The grid pattern on the exterior is inspired by the concept of a time tunnel that connects the past with the future. This retro-futuristic style features prominent silver lines that are created by applying a black ion plating and then using a laser to carve out the grid pattern. The laser grid pattern also extends to the outer edge of the DLC-coated screw-lock case back. The GMW-B5000CS is the latest in CMF (color, material, finish) innovation for G-Shock, which has previously released other unique CMF-themed models in the GMW-B5000 line.

(Update: The grid lines, as reported by Japanese media (new close-up photos there), are actually the stainless steel surface showing from below the black IP coating. The watch reportedly weighs 167 grams.)

As seen in the candid shot and video below, the distinctive grid pattern gives the look of a virtual object brought to life. The GMW-B5000CS-1 is reportedly coming to Japan in May 2020, with a tax included price of 96,800 JPY. 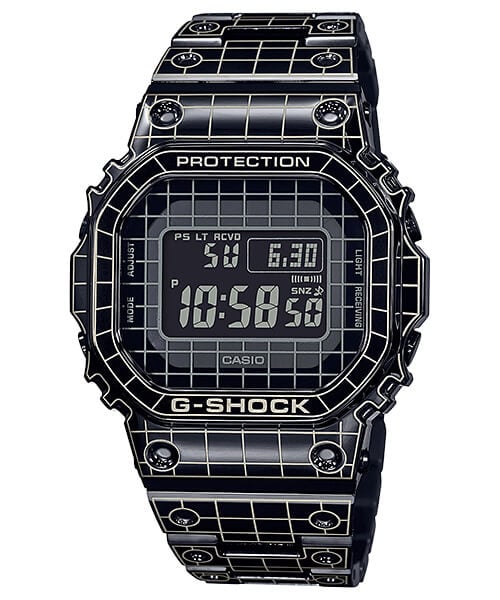 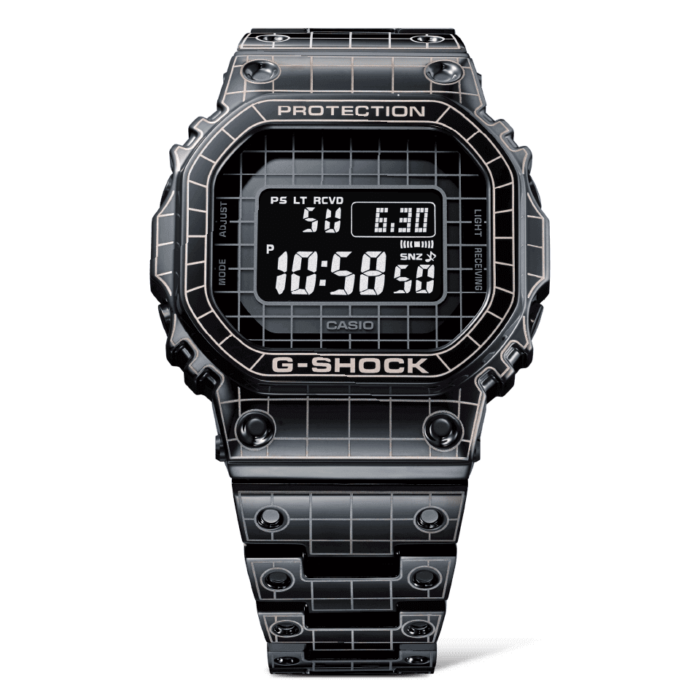 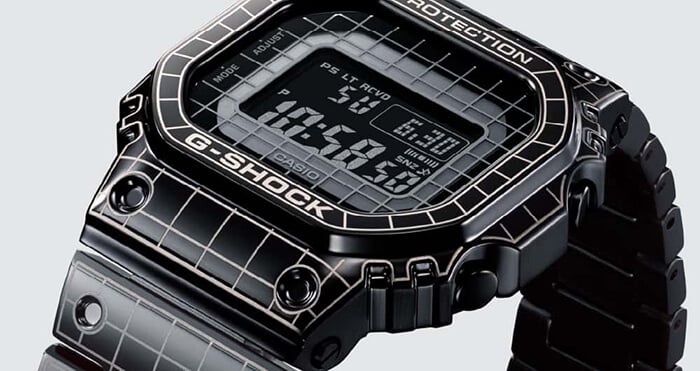 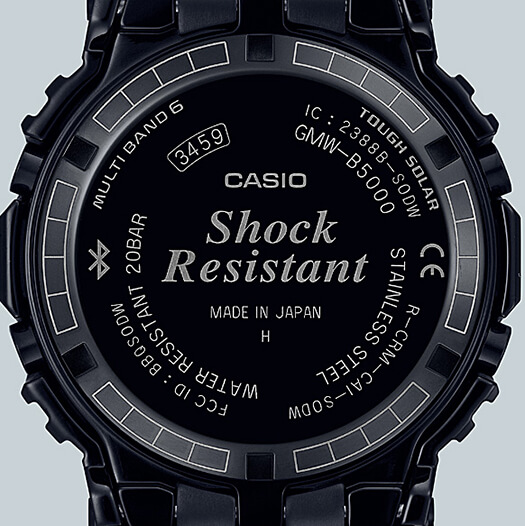 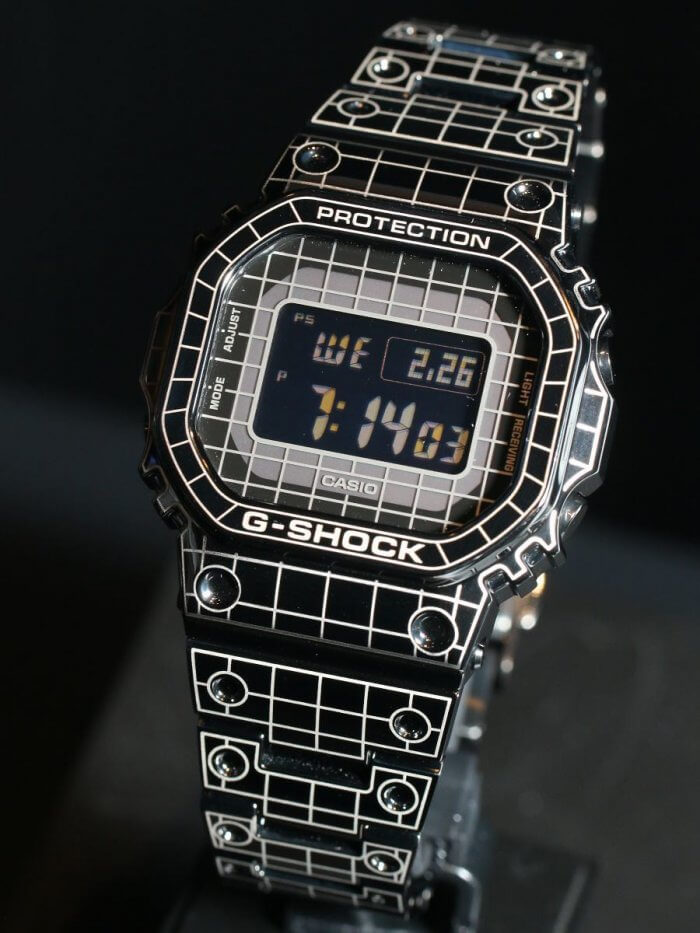 More G-Shock GA-900 Colors: Black (1A), Blue (2A), Red (4A)
Disclosure: G-Central is independently managed by fans and supported by ads. We may earn a commission on purchases from our links to Amazon, eBay, and Reeds Jewelers.

I see lots of hate for this one on WUS. I happen to love it! (80s child, TRON era). I will be getting one, just not a fan of paying full retail…. Any news on how limited it will be?

I’ve seen a lot of enthusiasm for this one on social media. I don’t think G-Shock ever announced the production amount for this one. They usually don’t these days, except for the really limited MR-G models and some smaller collaborations.