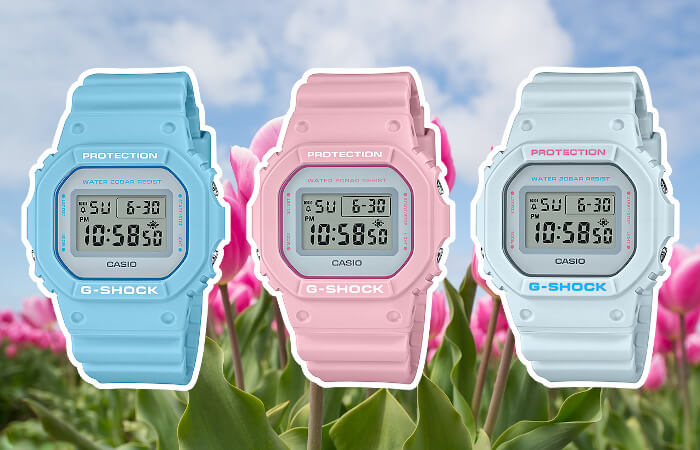 April Update: We already reported on the major new G-Shock releases coming to Japan in April 2020, such as the solar-powered G-SQUAD GBD-H1000 with heart rate monitor and GPS, the affordable GBD-100 with step-tracking and smartphone notifications, the British Army x G-Shock GG-B100BA-1A Mudmaster (already released in the UK), and the small-sized, step-tracking GMD-B800.

The G-Shock DW-5600SC Spring Color Series offers pastel unisex options with the classic origin case. The DW-5600 is one of the smaller G-Shock models, so it can be comfortably worn by both men and women. The series includes the blue DW-5600SC-2, the pink DW-5600SC-4, and the light gray DW-5600SC-8, with light-colored faces and standard LCD displays that are as clear as the spring sky. Each watch has a list price of 12,000 JPY in Japan. The series is also scheduled for a wider release in Asia. 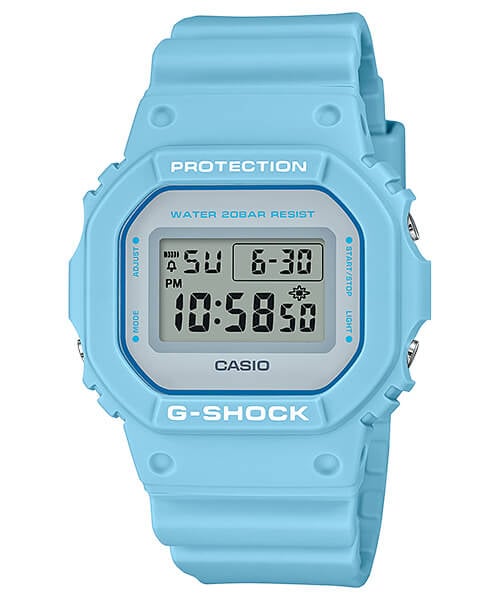 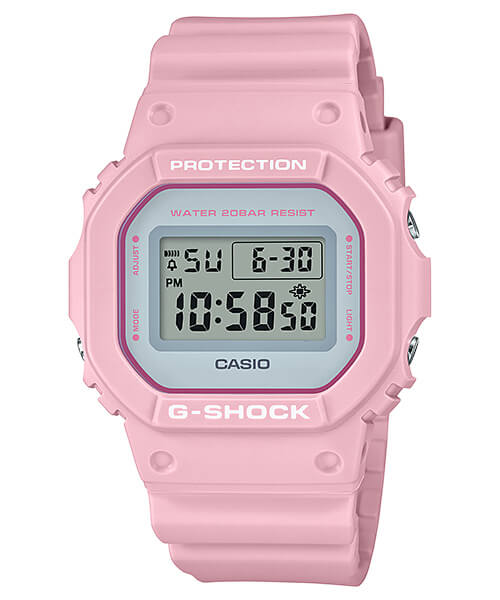 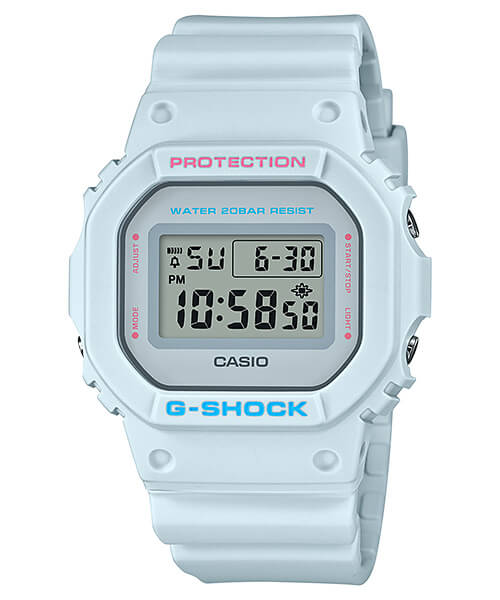