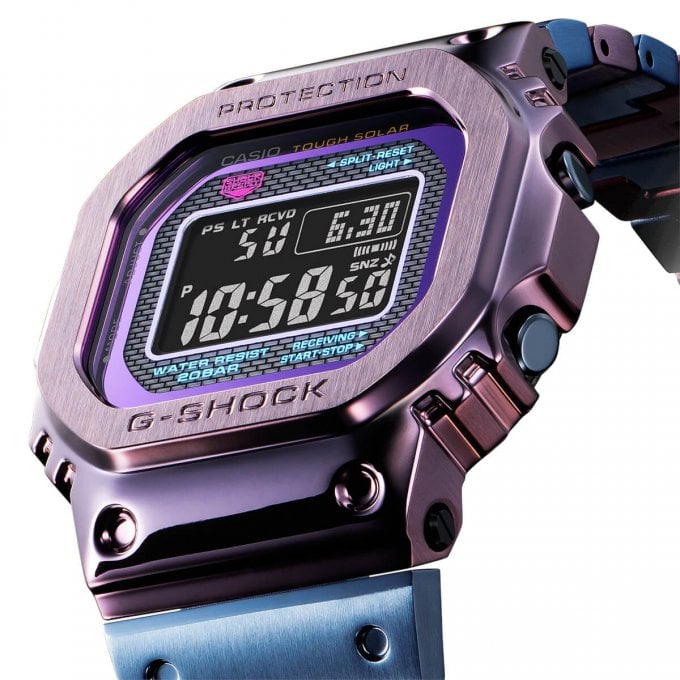 Evoking a cityscape scene of Tokyo at twilight, the G-Shock GMW-B5000PB-6 has a stainless steel bezel with a purple ion plating and band links with an alternating blue-gray and purple IP. The blue and orange labels on the face represent the lights from buildings in the city. The newly developed ion plating has a muted chroma (hue and saturation), and the surface has mirror and hairline finishes. 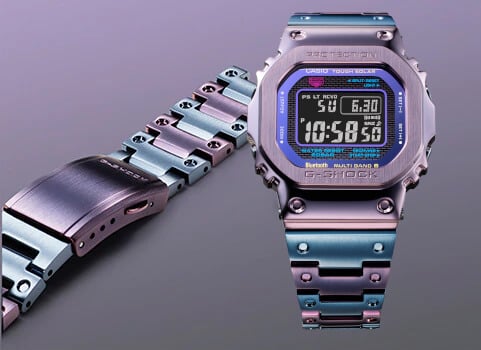 In Japan, the GMW-B5000PB-6JF has a tax-included price of 82,500 yen and will be released on September 10, 2021. The GMW-B5000PB-6 was also announced for Asia and is expected to be released worldwide. Although it’s not designated as a limited edition release in Japan, it would not be surprising if its production is halted not long after its release, as we have seen recently with other colorful models like the red GMW-B5000RD-4 and rose gold GMW-B5000GD-4. 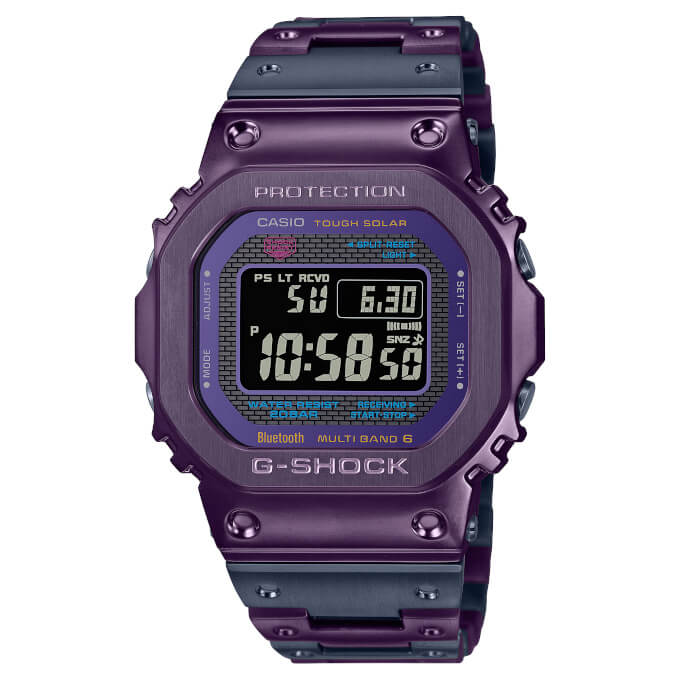 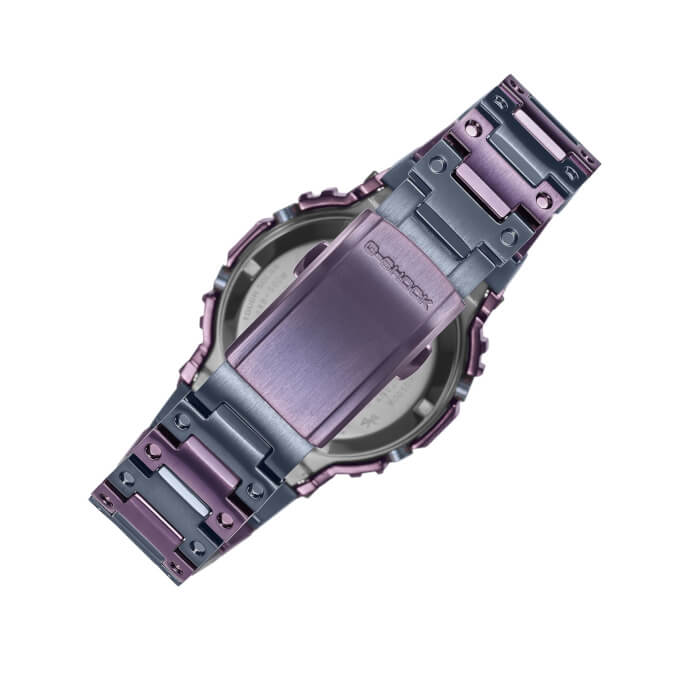 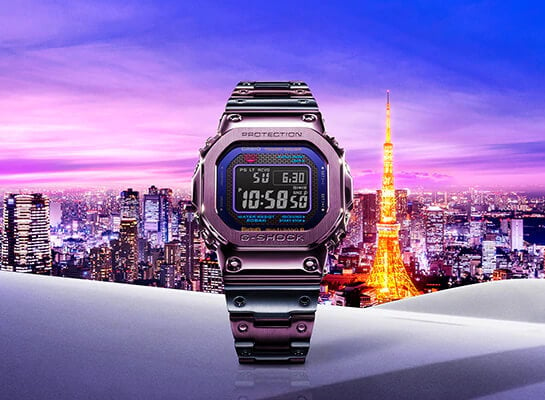 G-Shock MTG-B2000PH-2A Blue Phoenix with Rainbow IP
Disclosure: G-Central is independently managed by fans and supported by ads. We may earn a commission on purchases from our links to Amazon, eBay, and Reeds Jewelers.

Wow i love this so much. The color just pops so much

Love this! Can’t wait until it’s released for the US!